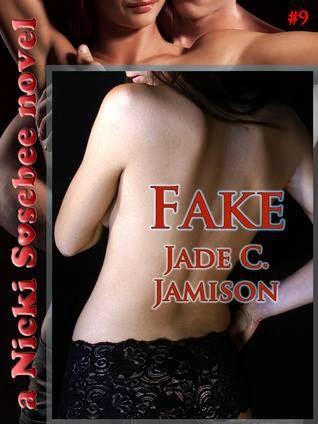 Nicki Sosebee is back with all the dramas that come with her! Whilst covering a beauty pageant for the newspaper (she is now on the payroll), she encounters a very superficial woman who ends up running for the city council. She has no personality, no knowledge about local issues and no idea what she will if she wins the seat but she is rich and pretty, so a sure fire win! To sum it up in one word, she is fake. Nicki realises that she is one person and one person alone can not make a difference but she is not afraid to challenge the status quo and she is certainly not giving the new woman on the block an easy ride of it! Nicki now has a genuine interest in local politics, supported and encouraged by Sean. The recognition of how politics impacts on her life and those in a similar position is a new experience for her but she speaks her frustrations eloquently!
Nicki and Sean's relationship seems to be solid but when Sean goes into a funk, Nicki doesn't quite know how to deal with it and Sean won't talk about it. Will we ever find out what sends Sean into these mood dips? Unfortunately, this is not the only relationship bump that they will have to deal with as Nicki unintentionally hurts Sean whilst trying to find her own peace of mind. I think that Nicki is crazy for believing what she did but she needed reassurance, showing her insecurity. It backfired and badly. Will their relationship be able to recover from this? They are a couple that belong together in my eyes - Nicki is still immature in knowing how to be in a relationship, which explains her struggles in communicating effectively with Sean. She ultimately loves him and the idea of commitment doesn't scare her as much as it did with Jesse. Sean has his own issues to deal with and needs support from NIcki. He loves her deeply but will he be able to overcome his feelings that Nicki has betrayed him? Another fantastic addition to the Nicki Sosebee series. I am loving the relationship between Nicki and Sean and how they are finding their way together. Whether the bumps and dips they navigate their way around in their relationship will have a lasting impact is yet to be seen. I just have to say " GO Nicki!!!" in standing up for the average person!