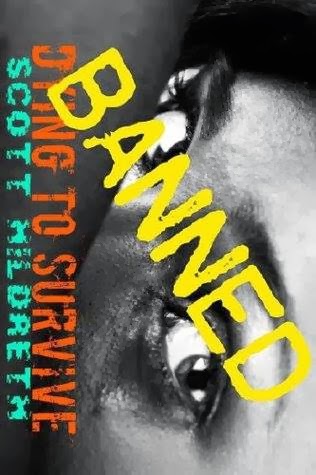 "Dying to Survive" or "Plenty of Fish" By Scott Hildreth
Rating: ☆☆☆☆

The subject content of this book is not for everyone. If you are easily offended then this is not the book for you. Ryan is an attractive, rich and successful 'investor' with lots of issues from growing up a with an abusive father and then being rejected from his choice of career as a psychologist. As though to prove he is cleverer than everyone else, he sets up 'a game': four women and one challenge. The four women are kidnapped and held in a room, with a set of instructions that if they fail to follow, will result in all their deaths. The four women are identical in looks but that is all they seem to have in common...except for their Plenty of Fish accounts. When Ryan tells the women that on the following day at 08:00am one of the will volunteer to die or they all will be killed: the game begins. This looks at the psychological impact on all the women and how they cope in their different ways. Ryan believes that he can predict the behaviour of the women but in their fight for survival anything goes. One thing is sure in this book: nobody is squeaky clean or without reproach. Each does what ever it takes to survive, with sometimes tragic consequences. Ryan is the lowest of the low, smarmy and arrogant, going about his daily business as though nothing else is happening. There are many twists and turns in the plot that keep you on the edge of your seat. Whilst the majority of this book is no worse than some of the crime/thriller books I have read, it is the extreme sex scenes that some will find disturbing. Whilst some would prefer that these types of scenes never see the light of day and never talked about, the fact is that some people have these fantasies.
There is a lot of hype surrounding this book and yes it is a good read, with lots of interesting characters. Seeing how everybody dealt with the situation they found themselves was a real insight into their characters - even seeing how Ryan adapted when the women didn't act as he expected them to was interesting to read. There is certainly no happy ever after in this book - more like happy ever hell.