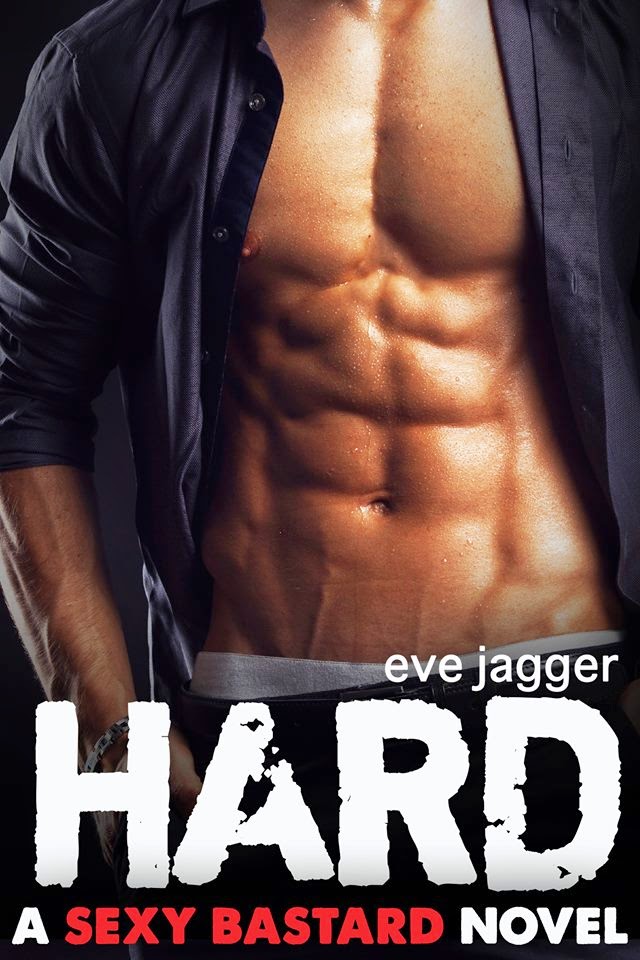 Ryder Cole is the King of Atlanta’s nightlife — and the one man who can erase my past.

I’m running from secrets that could destroy me and there’s no room in my life for someone like him: too damn cocky, and sexy as hell. I should keep my distance, but smart goes out the window the minute he looks my way. And when he puts his hands on me…

A girl could forget her own name. But what happens when the past catches up with me, and all the things I’m hiding from tear our lives apart again? I can’t keep running forever, and Ryder always wins. 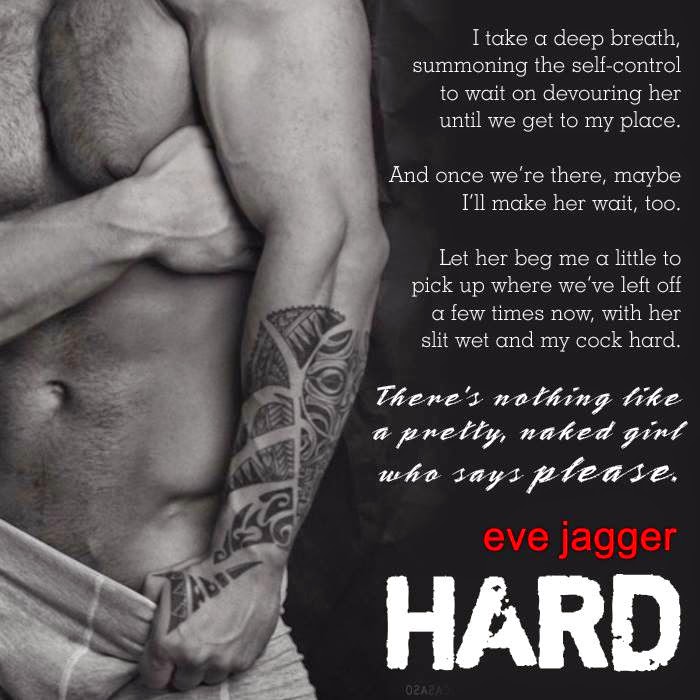 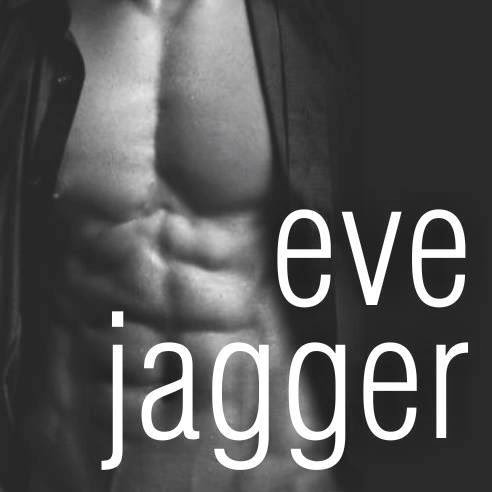 Eve Jagger is a native of Georgia and is a true southern girl at heart. A stay at home mom to two kids, she's married to a sexy man who doesn’t mind being used as research for those naughty scenes.

Eve cut her teeth writing in high school and college, but it wasn’t until recently that she got the itch to write a full length novel. She loves complex, emotionally-charged characters and wild, sexy leading men. Hard: A Sexy Bastard Book releases at the end of April 2015 and she can’t wait for you to meet her characters that occupy her mind 24/7! Eve loves to talk and meet people on social media, so be sure and touch base with her on Facebook https://www.facebook.com/evejaggerbooks or Twitter https://twitter.com/evejwrites.

a Rafflecopter giveaway
Posted by LBM Book Blog at 12:00 PM No comments: 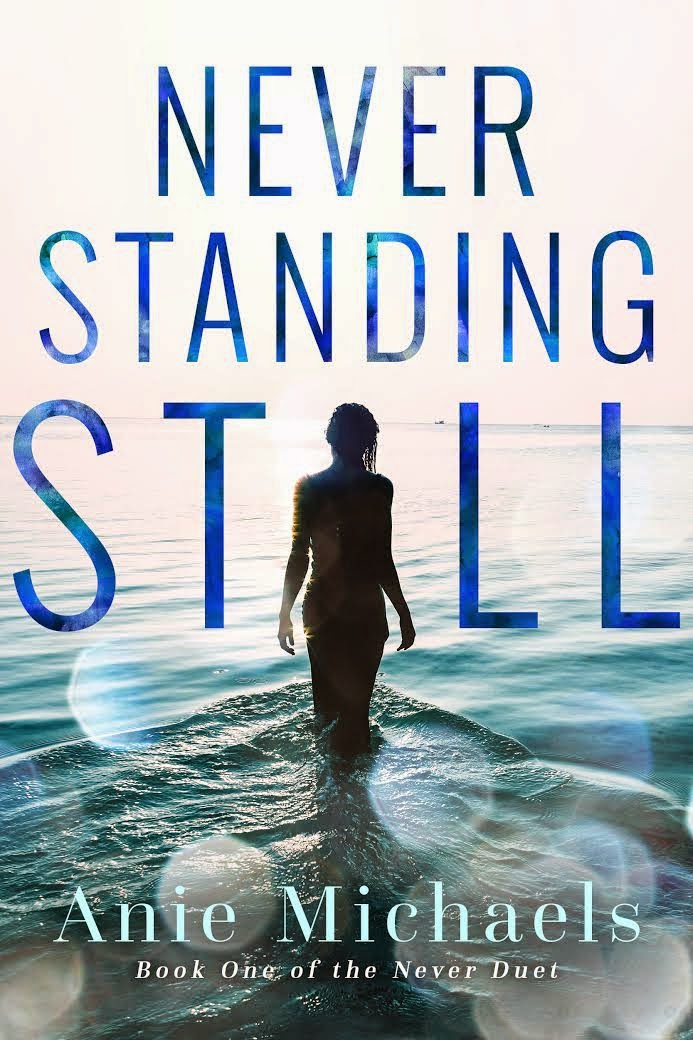 I’ve spent my life avoiding attachments. I learned early on, from the person who should have loved me most, I only drag others down. So instead, I made it my goal to live in a way that never affected anyone else. I don’t build friendships. I don’t start relationships. I move from place to place, from person to person, never standing still and never putting down roots.

That is, until one day when everything comes crashing down around me and I’m left with the one person who needs me the most. He opens me up and makes me vulnerable. He’s not a secret, but a treasure, and I’ll protect him the only way I know how – even if it makes loving anyone else impossible. 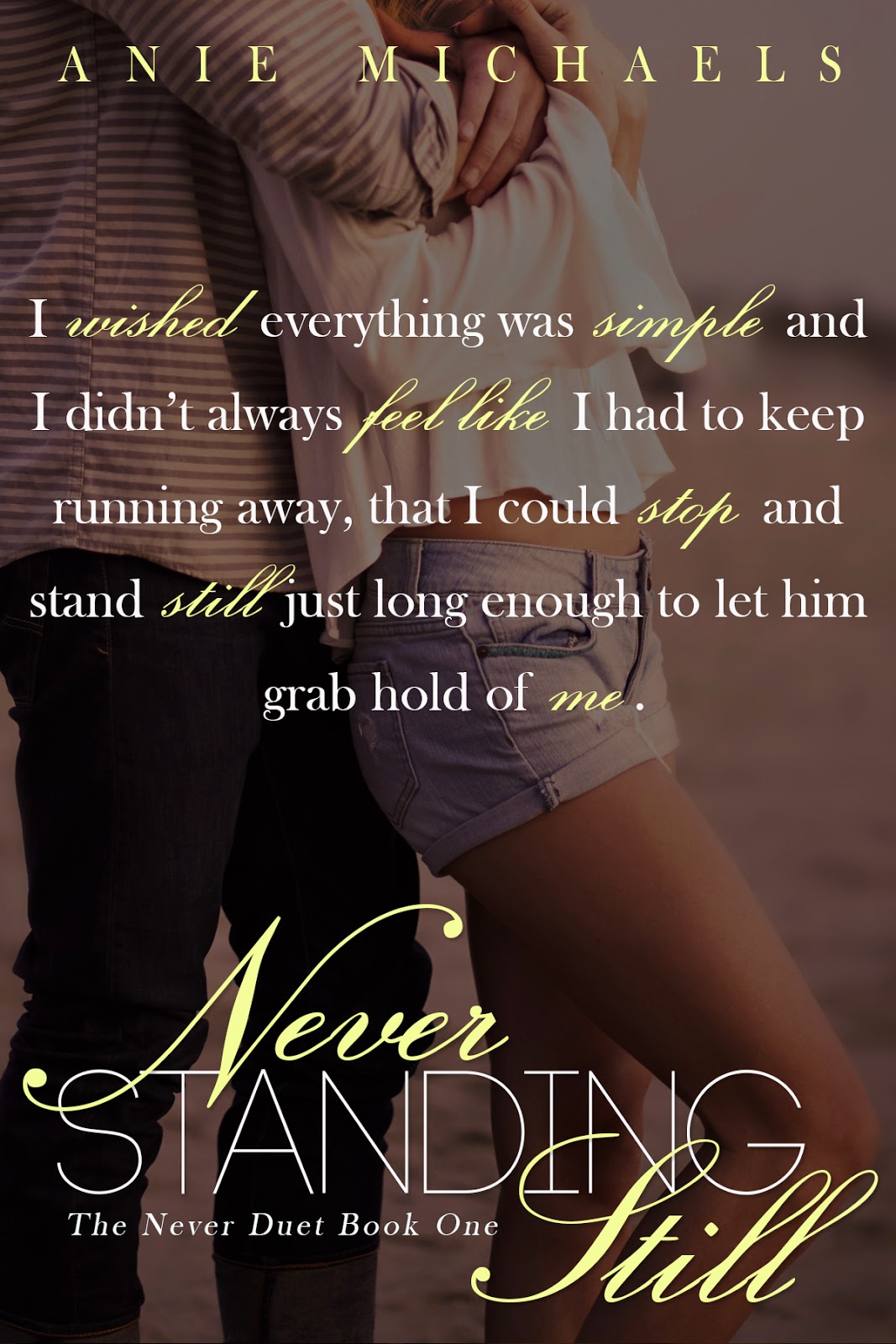 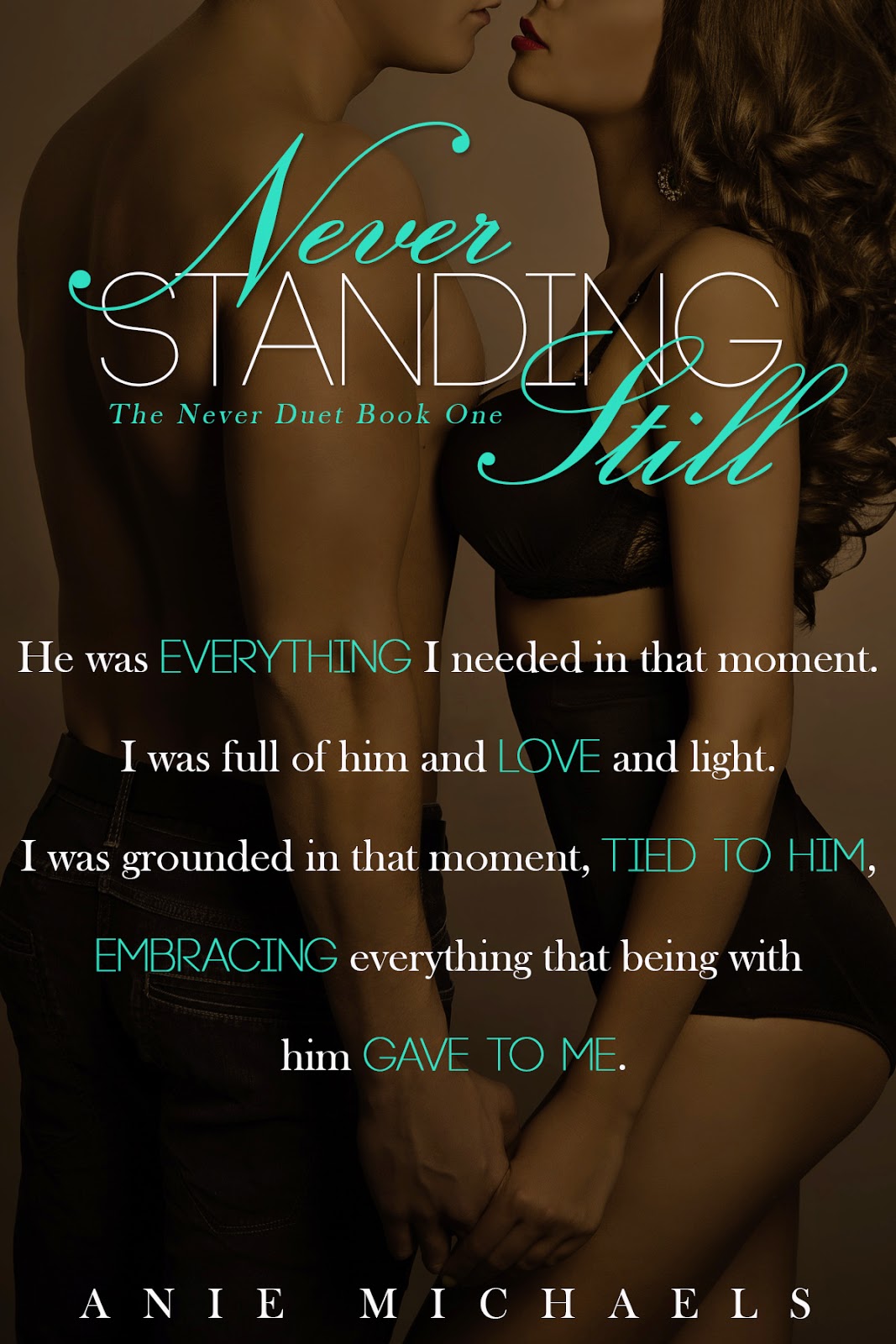 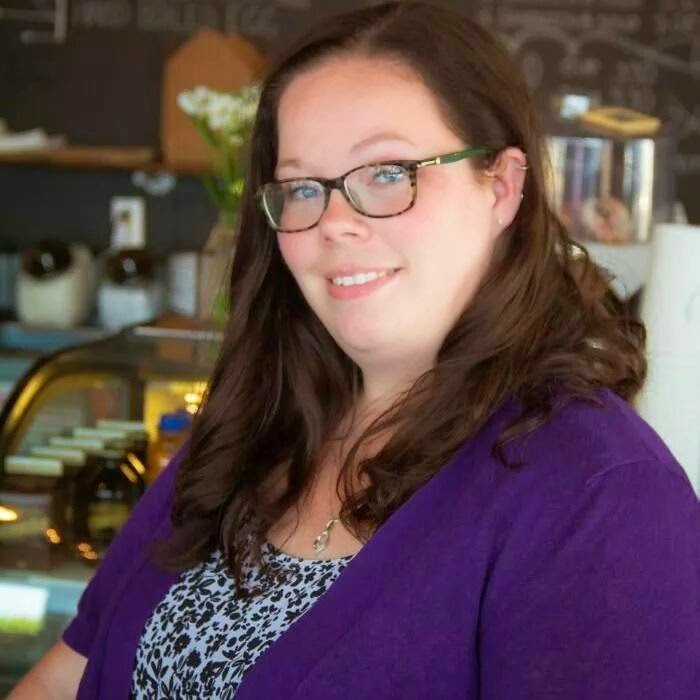 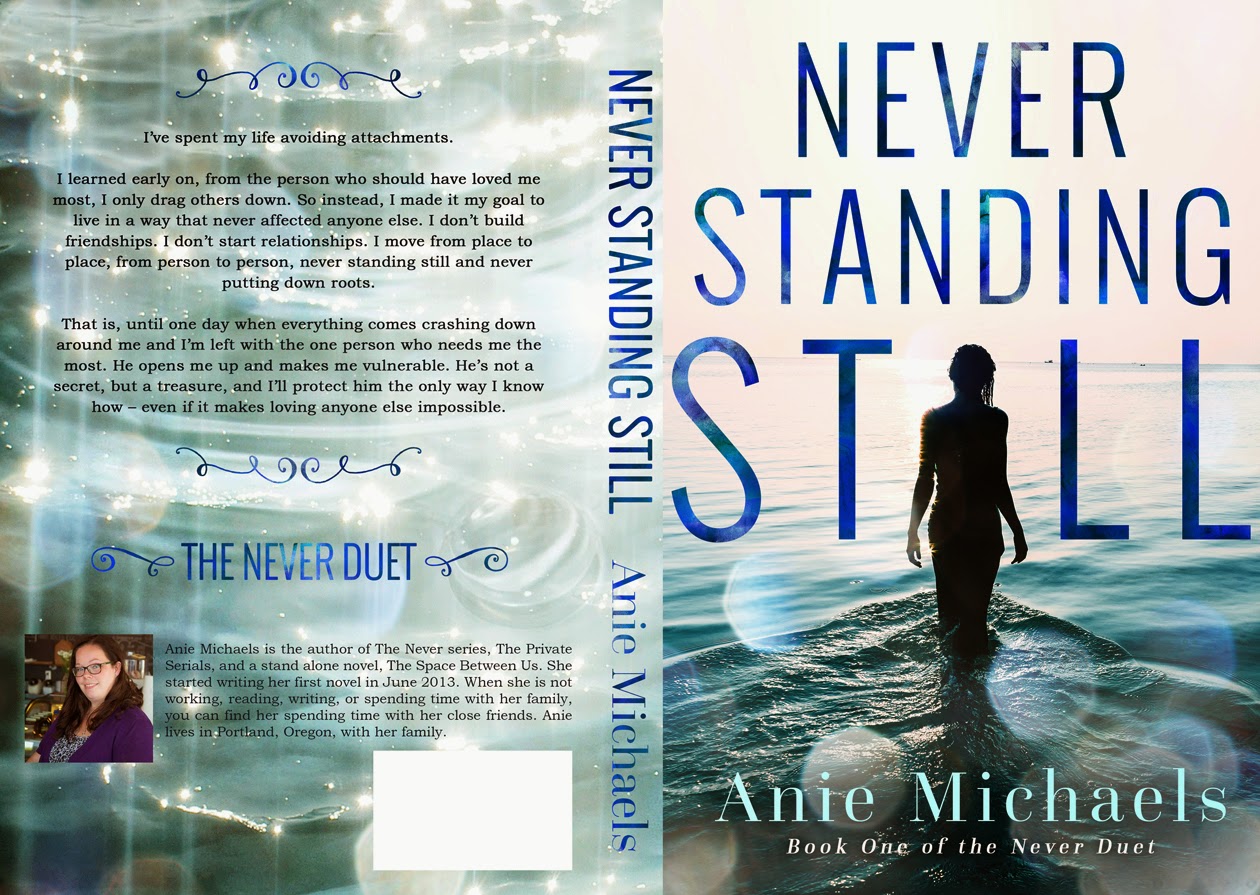 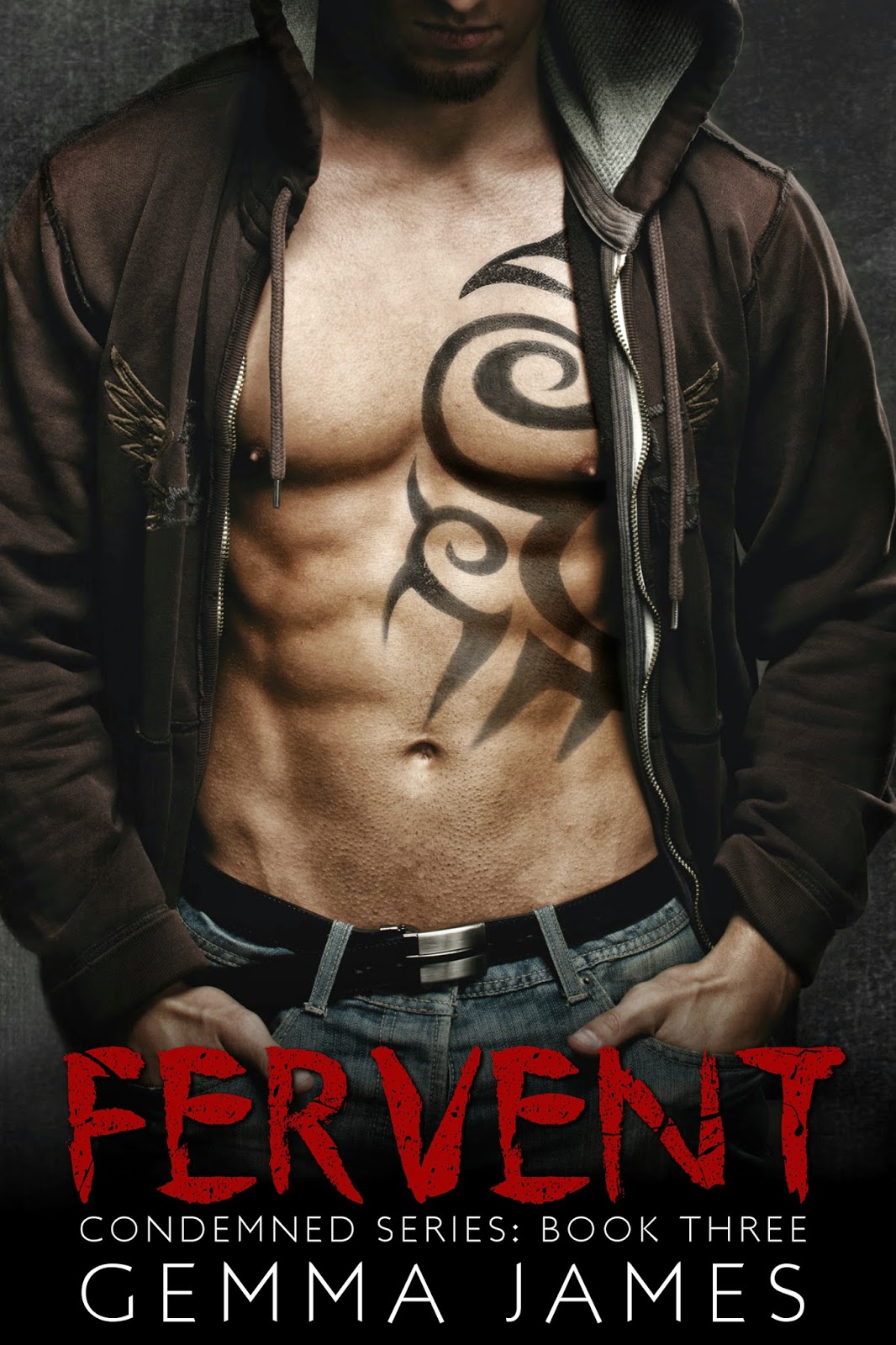 I never imagined things could get worse, but they do. The men who took us show no mercy. They won’t stop until they’ve destroyed Rafe for something he has no memory of, and I’m their weapon of choice.
Tortured and defiled, they make me wish I was back in that cabin where death was favorable to drawing another breath, but our captors can’t break what’s already broken.
What scares me is the madness I see festering inside Rafe. I’ve taken his freedom, his career, his reputation, yet despite all I’ve done, he’s determined to fight for me, kill for me, give everything he is for me.
He’ll even die for me.

FERVENT is a new adult dark romance with disturbing themes and explicit content, including sexual scenes and violence that may offend some. Intended for mature audiences. Part three of the CONDEMNED series. This is not a stand-alone read! Please begin with TORRENT and RAMPANT, otherwise, FERVENT might not make much sense. 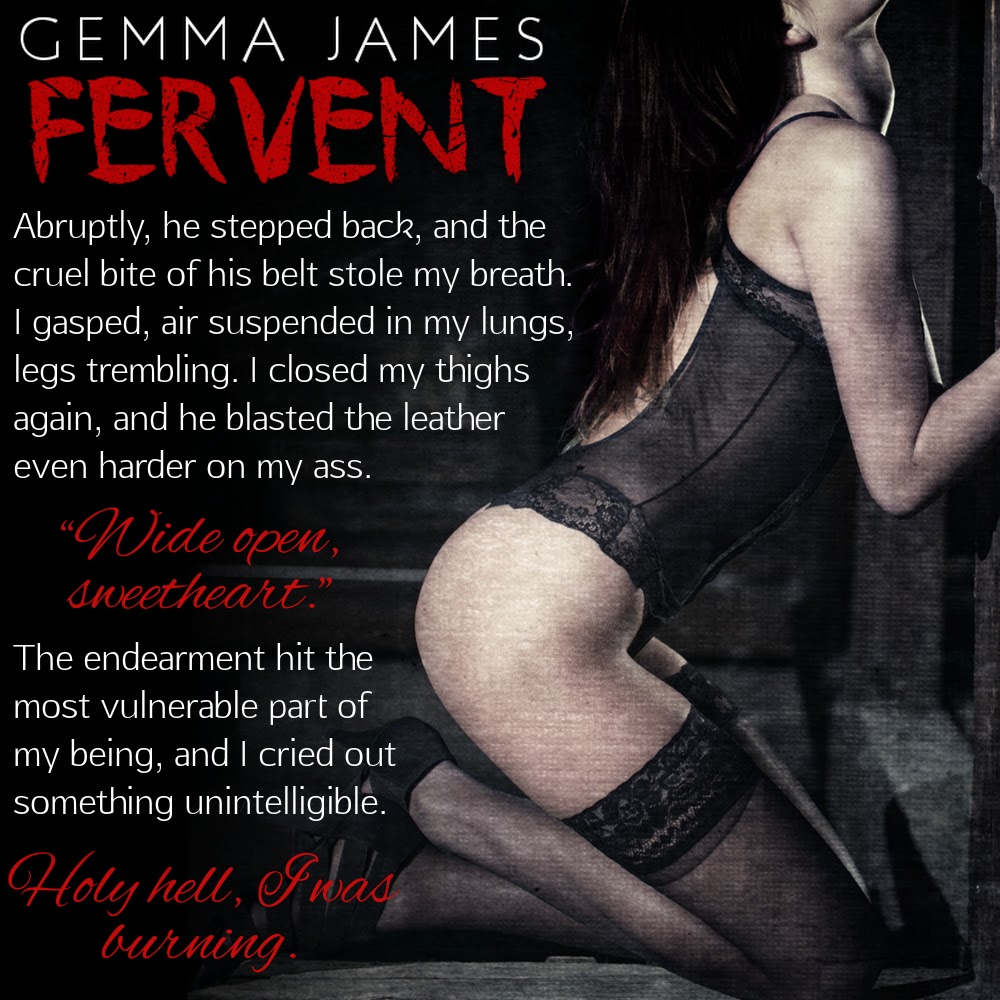 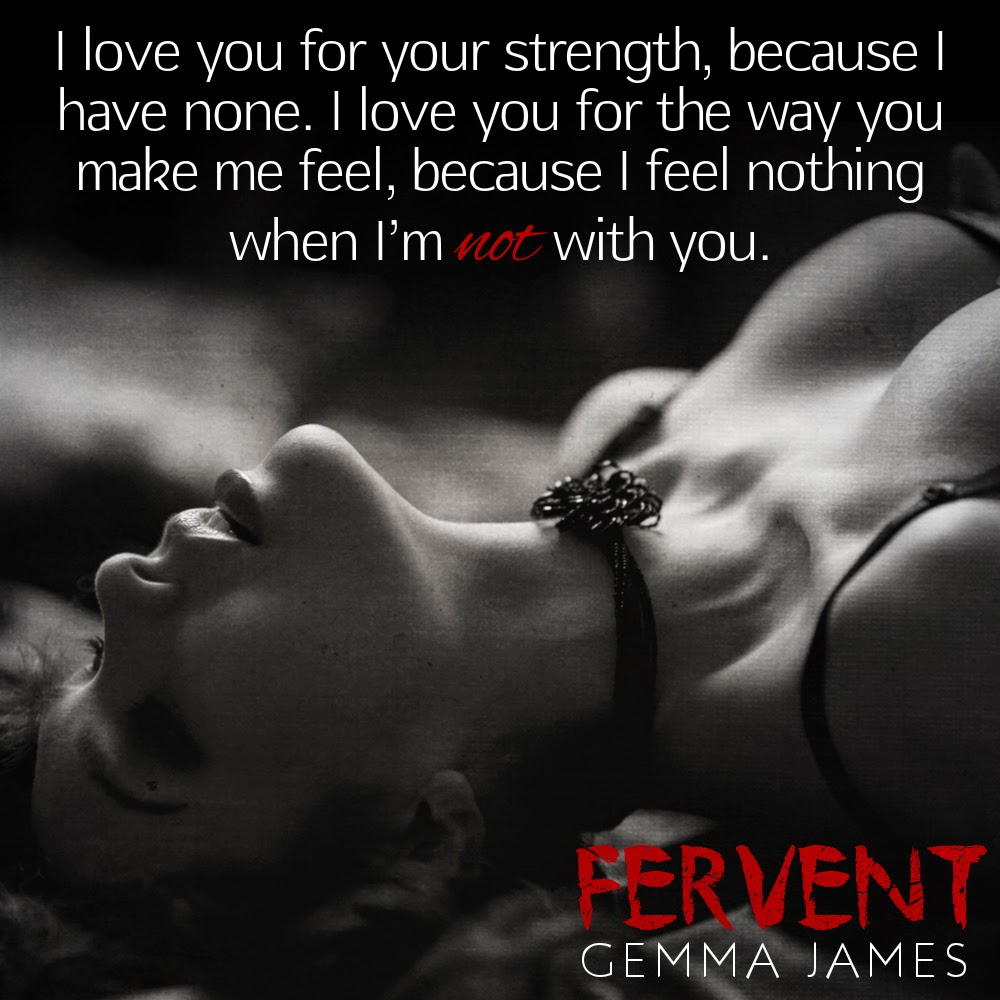 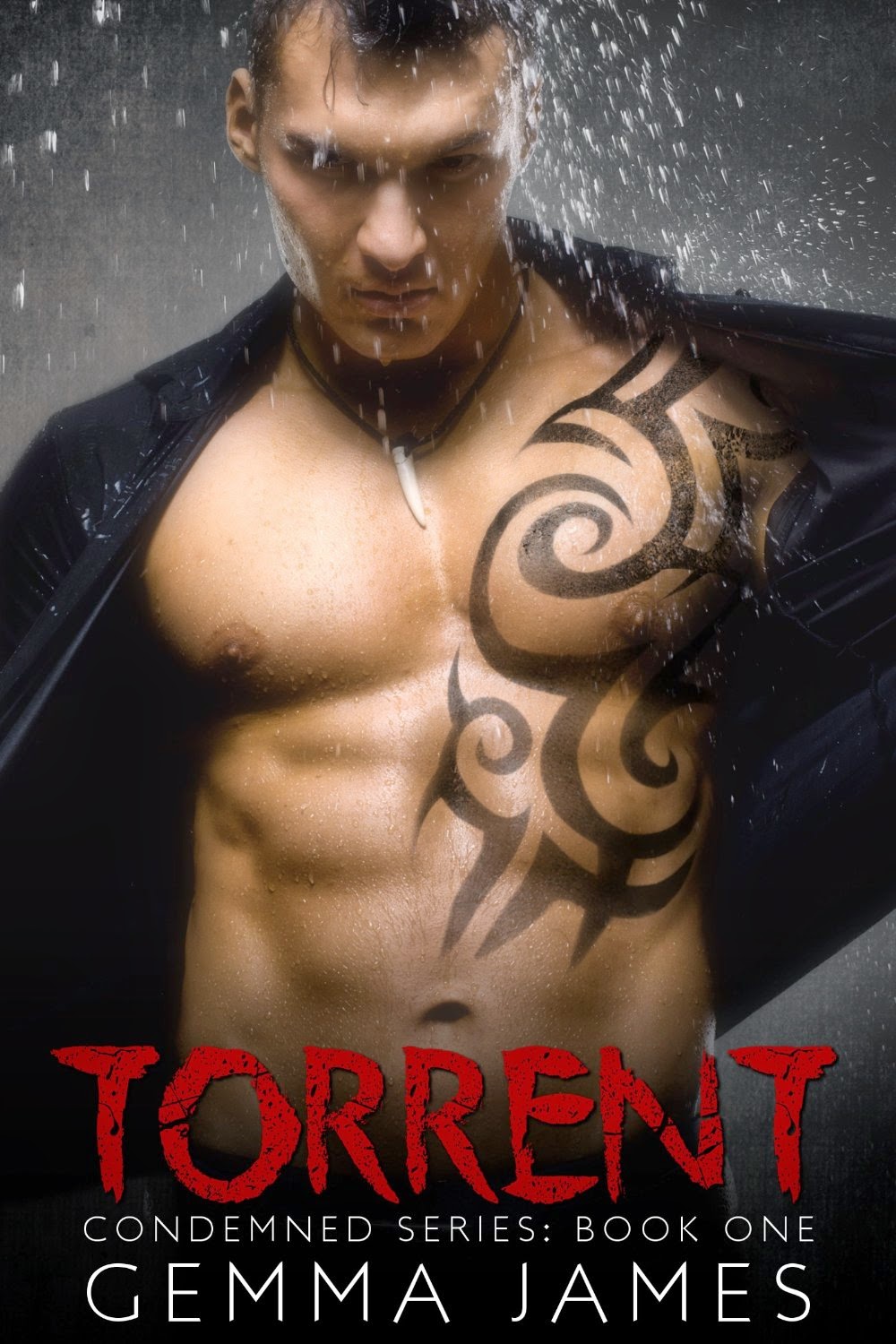 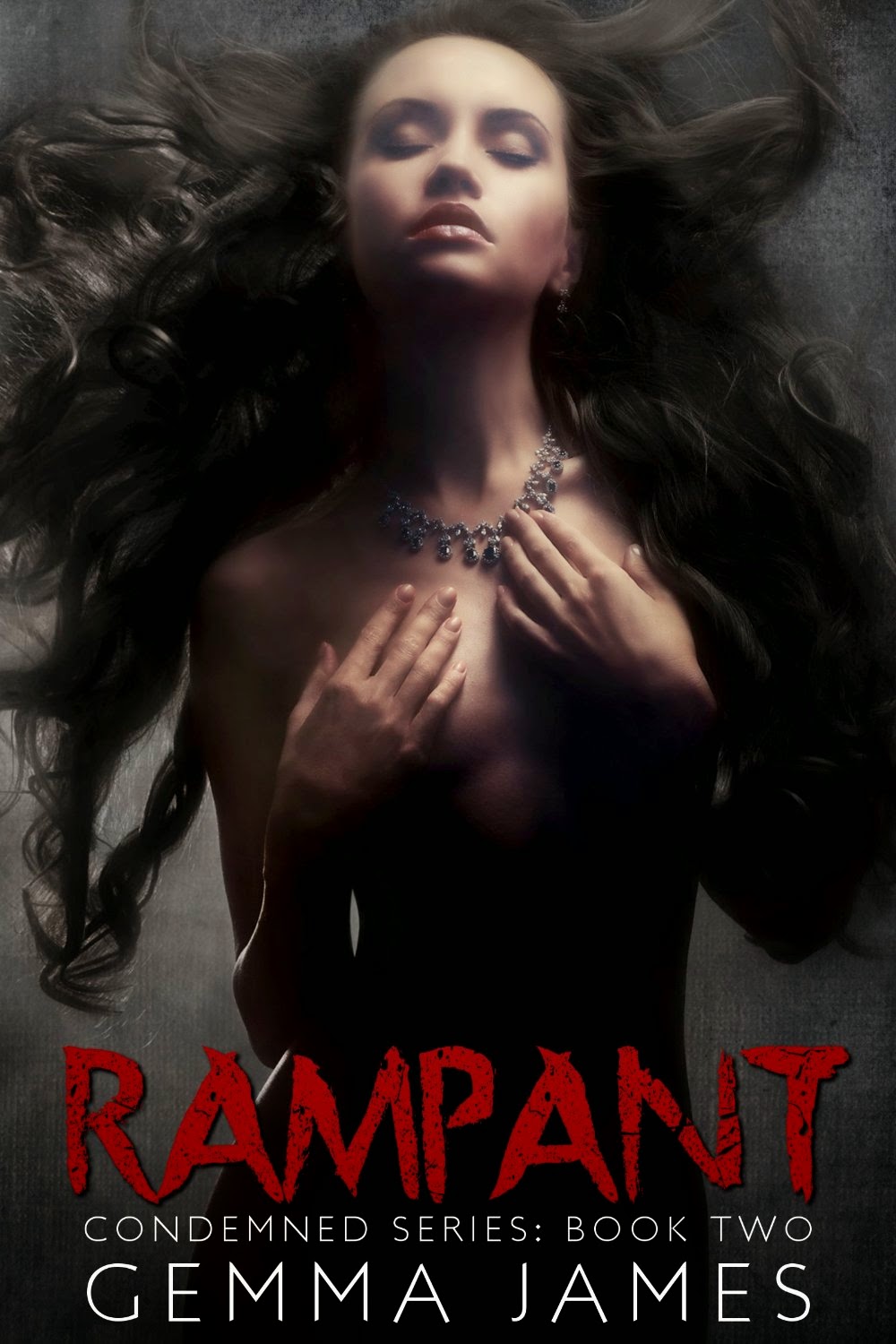 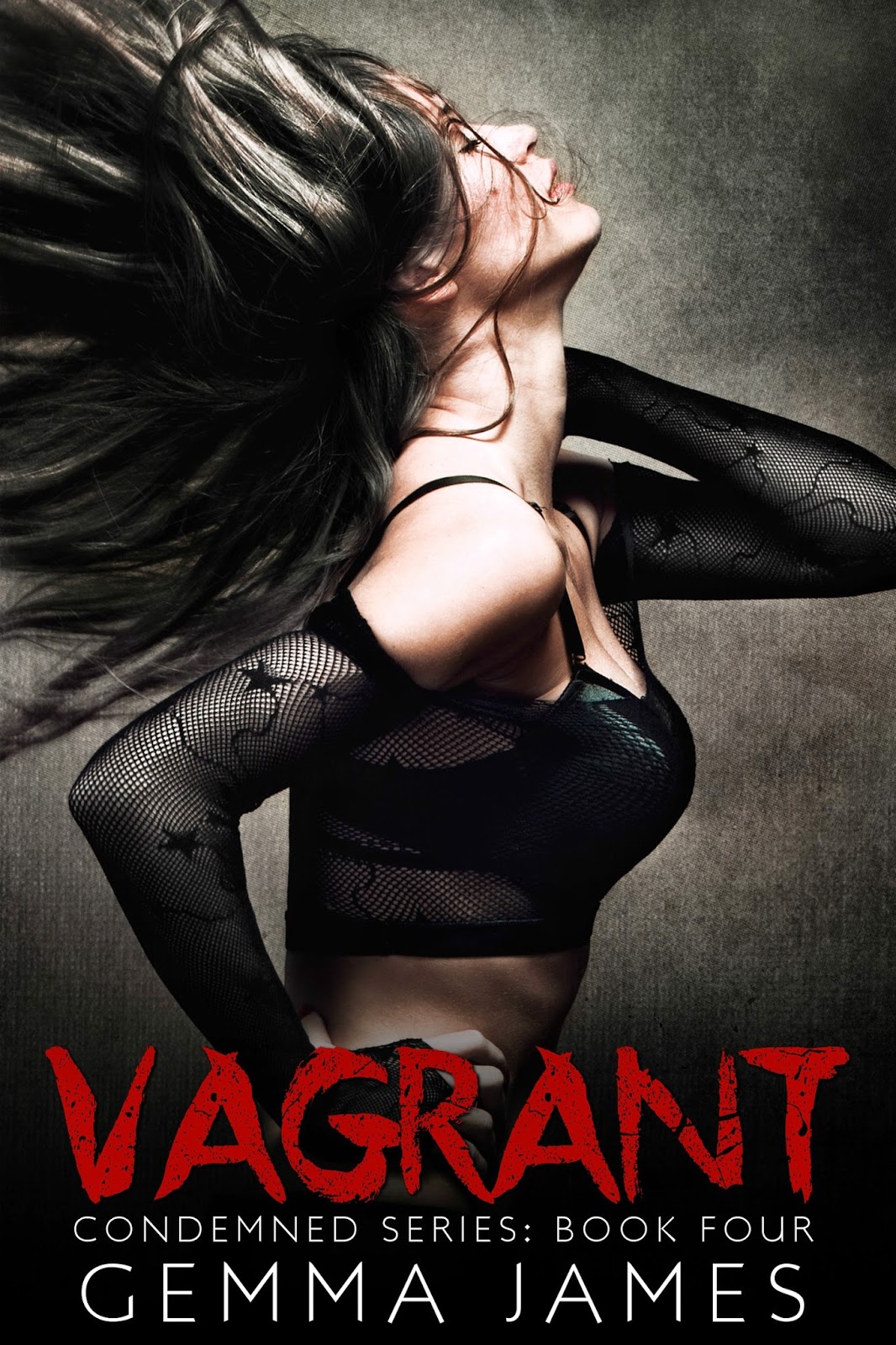 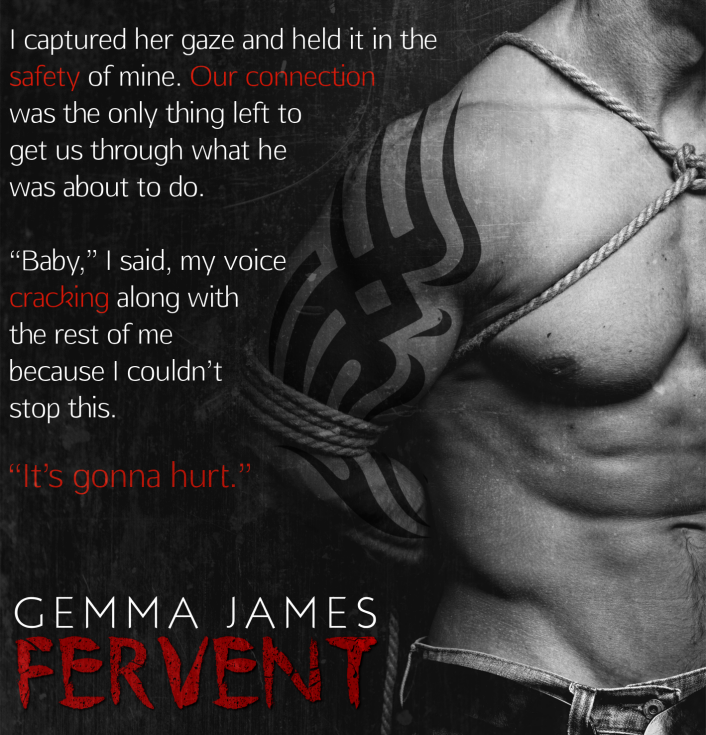 She lives in Oregon with her husband and their four children—three rambunctious UFC/wrestling-loving boys and one girl who steals everyone’s attention. 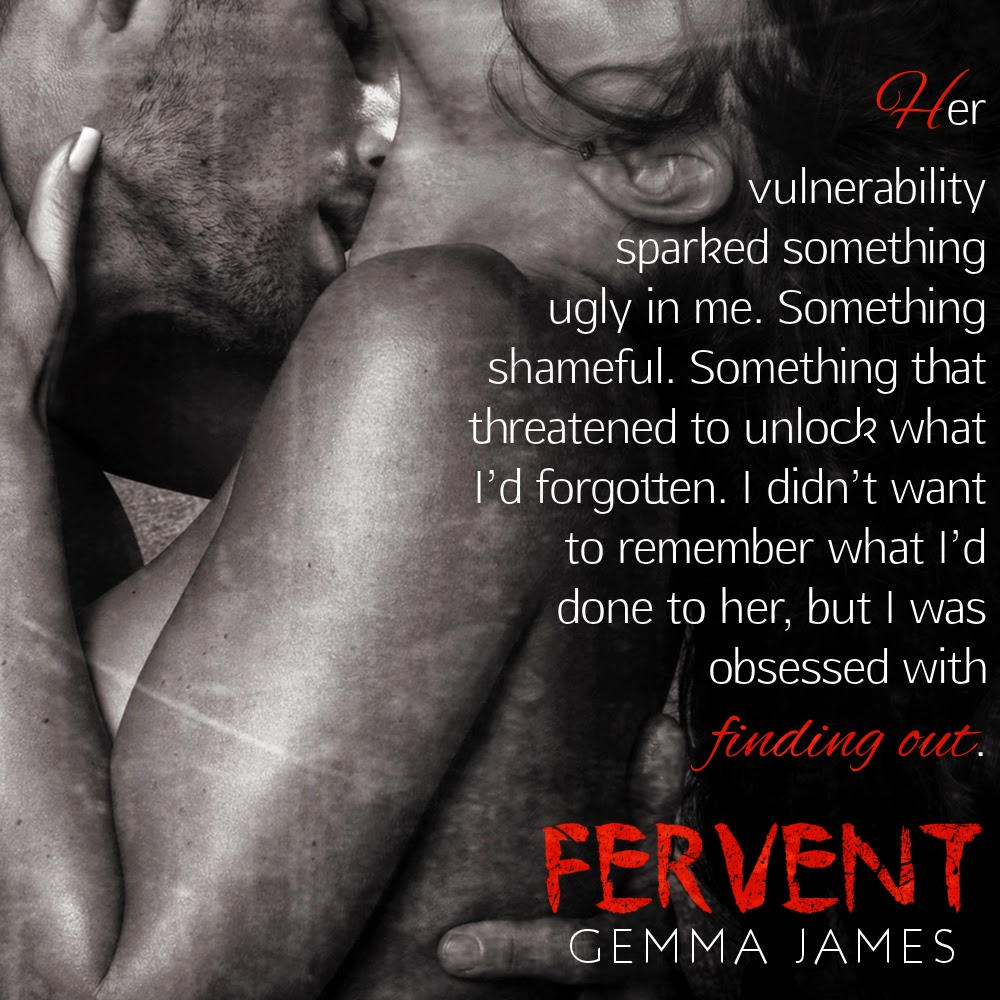 A Woman's Pleasure by J.F. Kelly 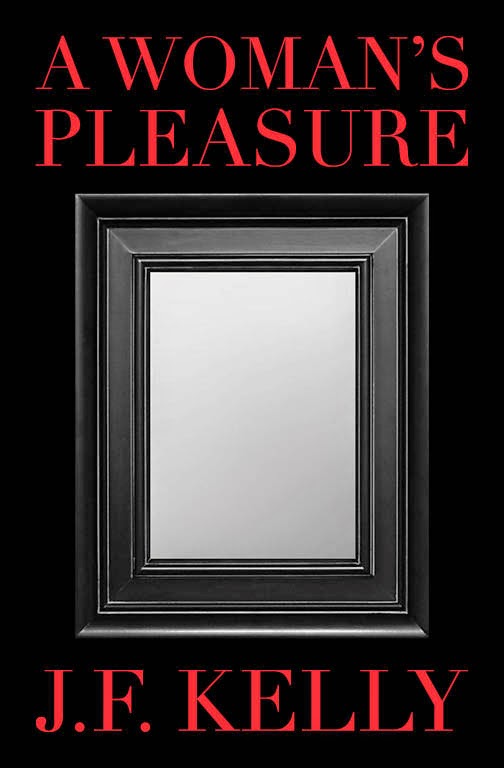 A Woman’s Pleasure by J.F. Kelly (pen name of Warren Shepell): 25 Erotic Chapters about Satisfying Sex and Mutuality
There are three levels at which you can read the book:
At the first level it is a cornucopia of sexual delights and a great fantasy read for both women and men.  It has lots of romance as well as sensual encounters.  At the second level, it recognizes that women are wired differently from men and the book empowers women to ask for what will pleasure them and satisfy them in lovemaking encounters. At the third level it is a book that teaches men to be great lovers and how to satisfy their women, and in knowing that by satisfying their women, they themselves will get satisfied.
‘A Woman’s Pleasure’ is the steamy story of 25 men, and how they use romance, care, and mutual attention in achieving complete sexual satisfaction – for both themselves and their partners.
J.F. Kelly, author of ‘A Woman’s Pleasure’, isn’t interested in writing a book that requires fetishes, kinkiness and dominance to stir his audience – he’s out to capture the intimacies and intensity of true love-making; passions rarely shared on the pages of most books that aim to hit the mark on their reader’s erotic fantasies. Indeed, most books attempt to deliver purely physical, sometimes extreme sexual fantasies with the barest, slightest shade of romance – often creating nothing but plain porn.
J.F. Kelly’s work, however, isn’t like most books.
The book focuses on the adventures of 25 different men, and their various sexual encounters – at times, the book leaves you breathless, at other times, it ensures you you’ll be left with a throbbing heart and yearning for more.
Each chapter is devoted to a different man – and with each chapter, author J.F. Kelly accentuates the book’s purpose as a collection of sensual experiences meant to enlighten readers on the possibilities and the erotic joy of sexual equality, in and outside the bedroom. He strips off the abuse and nature of books like 50 Shades of Grey, instead insisting on giving readers an insight into mutual fulfillment through attentive intimacy, understanding and romance – keeping things incredibly hot without having to resort to extremes with a myriad of tales that depict skills lost to most men.
In a statement on his website, author J.F. Kelly notes various reasons for his choice of portrayal, as he explains why his book approaches sex in such a normative, yet rarely seen way for literature. He says he created it as: “A vibrant counterpoint to pornography and sex on the internet that treats sex as only a physical act and portrays many things done to women that women don't enjoy. Pornography and sex on the internet become an educational tool for most men. In contrast, this book teaches men about satisfying sex and what women really want in expressing and experiencing their sexuality.”
In critique of the book, professional book reviewer Paige Van De Winkle notes that “in the wake of erotic novels like Fifty Shades of Grey that, according to some, depict unconventional sex as exploitative—with one partner dominating over the other without a discussion of limits, respect, or safe words—A Woman’s Pleasure refreshingly focuses on the aspects of … sex that books like Fifty Shades ignore.” 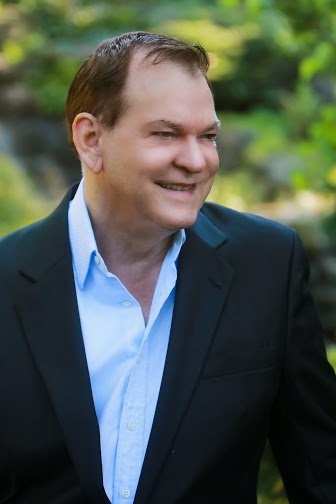 J.F. Kelly is the pen name of Warren Shepell. His first book is ‘A Woman's Pleasure.’

Warren has many interests. In addition to writing, he invests in Domains, Real Estate and Broadway Shows and Theater across North America. Some of his other businesses are in EAP Surveys and EAP Audits. He attends Film Festivals yearly around the world.

Warren Shepell is a well-recognized pioneer in the field of Employee Assistance Programs (EAPs) and well-being in the workplace, among family members, couples, and individuals.  He started, developed, and ran Warren Shepell Consultants Corp/Warren Shepell-The EAP Professionals/Les Consultants Shepell Ltee. with an employee group of 460 full time and 1500 part time employees which he sold in 2005. He brought the concept of mental health counselling to the mainstream population.

He brings heart, sensitivity and appreciation for the uniqueness found among ordinary people in their journey in life and is a spokesperson for the everyday person.

Three of his favorite sayings personify his writings:
"Each of us has a heart, a soul, and feelings. Each of us desires to be wanted, to be appreciated, and to be loved."
"Making love is not something you do to someone―it's something you share. Lovemaking between men and women should be mutually pleasurably. Both women and men should be fully and completely satisfied."
"If women were totally satisfied with their sexual and lovemaking experiences, women would welcome the lovemaking experience as much as men."

Cover Reveal for The Closer You Get by Carter Ashby

If there’s one thing Rye Holcomb hates, it’s small, tight-knit towns with high virtues and zero tolerance for outsiders. Fidelity is just such a town. And Rye is just such an outsider. So when he and his brother, Cash, take jobs in Fidelity, Rye decides not to get too comfortable. Which is why he is avoiding some rather confusing feelings for his new boss, Cora McKay.

Cora was born, raised, and baptized in Fidelity. She owns a thriving construction business, has a close circle of friends, and is the breadwinner for her mother and four sisters. The one thing she lacks is a sex life, something she’s never longed for until now. One conversation with Rye sparks her sexual awakening, and, in spite of his reputation as a man-whore, Cora can’t resist giving in to his advances.

As Rye enjoys initiating his virgin employer, and Cash experiences a relationship with a man for the first time in his life, they begin to think of Fidelity as home. But small towns have brought them trouble in the past, and it appears Fidelity holds trouble for their future. Can their newfound relationships be enough to overcome a past that relentlessly follows them? Can two men who have been burned by love learn to trust again?

He didn’t repeat himself. He hadn’t meant for the words to come out loud. What he asked instead was worse. “Why didn’t you wanna come fishing last night?”

For a moment, surprise and confusion clouded her eyes. She gave her head a little shake and said, “I believe I’ve answered that question. I prefer to keep my work life and social life separate.”

“In a town this size? Is that realistic?”

“You were friends with Sam.”

It wasn’t a literal punch to the gut, but Rye fell back a step anyway. “I’m just…” What? Lonely? Desperate? How was he supposed to finish that sentence?

“Listen, you should go,” she said. “The preacher’s heading this way.”

He blew out a breath, not at all sure of where he was standing. “If that’s the only thing you don’t like about me, we could still be friends. Nothing inappropriate about fishing together.”

“It sounds to me like we have very different definitions of fishing, and I have absolutely no desire to roll around on the river bank with you, Rye.”

That one hurt even worse. He shrugged, hoping the hurt didn’t show in his eyes. “Doesn’t have to be the river bank. We can roll around anywhere you want.”

Cora drew herself up tall, rolling her shoulders back. “Your employment history reads a lot like a rap sheet. Are you sure you want to add ‘sexually harassing your boss’ to the list of misdeeds?”

That was enough for him. The walls came right back up. He plugged the hole in that dam, no longer interested in entertaining someone else’s ideas of right and wrong. “Fuck it. Plenty of fish in the sea. Sorry for bothering you, Mrs. McKay.” He turned on his heel and left.

Carter Ashby is a hardworking housewife and homeschool mother by day, and a romance reader and writer by night. She lives in rural Missouri with her husband, three children, and two dogs.