Bio
Author bio: Isobelle Cate is a woman who wears different masks. Mother-writer,  wife-professional, scholar-novelist. Currently living in Manchester, she has been drawn to the little known, the secret stories, about the people and the nations: the English, the Irish, the Scots, the Welsh, and those who are now part of these nations whatever their origins. Her vision and passion are fuelled by her interest and background in history and paradoxically, shaped by growing up in a clan steeped in lore, loyalty, and legend.
Isobelle is intrigued by forces that simmer beneath the surface of these cultures, the hidden passions, unsaid desires, and yearnings unfulfilled. 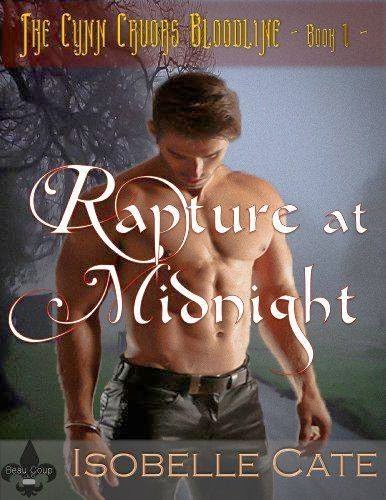 Excerpt
Roarke's family had taken Finn in two centuries ago when his uncle, a Cynn mortal and monk had passed away. Roarke was like an older brother to him. Roarke's parents had showered him with all the love he could possibly ask for, While Finn was grateful and happy being part of the Hamilton family, nothing could remove the gaping hole in his heart that losing his parents had made.
“You okay?” Roarke looked at his second-in-command.
Finn nodded.
“Where is she?”
“It's not necessary, Roarke. She won't bother us,” he said, his jaw clenching.
Finn heard him sigh slowly.
“You know I can't allow that.”
Finn swore underneath his breath before he breathed heavily. Roarke was right. They needed to erase her memory about the existence of the Cruor. For both their sakes. It was how the Cynn had survived this long. It was also how mortals continued on with their lives, not knowing the depths of evil existing in the world. A Cynn Cruor warrior could never reveal their secrets to a human unless they claimed one as their Mate. Until then their two worlds had to remain separate.
Erasing the female’s memory was also the only way to help her remove the self-loathing she had for what they’d shared. She would not remember him. She would not remember the kiss. Finn felt as if a stone lay heavily in his gut.
“I'll do it.”
Roarke arched a thick eyebrow, his arms crossed over his muscled chest.
“You sure about that? You're still healing, Finn. Your strength is not at an optimum level,” he said. “It doesn't take a genius to see that something happened between the two of you, or you wouldn’t be partially healed.”
“I'm coming with you.” Finn said as he faced Roarke. Irritation swept over Roarke's face. Finn didn't care. He wanted to be there when Roarke erased her memory.
Roarke stared at Graeme, Blake, and Zac several feet away from them. They were picking up the Scatha's clothes to dispose of them in a safe place.
“Does she mean that much to you?” Roarke asked, looking at him with curiosity.
The question was unexpected and it startled Finn. His eyes narrowed before turning to look at his Cynn Cruor brethren as well.
“It will pass.”
For once Finn became uncomfortable under Roarke's censure, but eventually his team leader’s shoulders appeared to relax. He nodded.
“Let's hope so. For your sake.” He spared Finn a glance before ordering the rest of the Cynn to head back to the Faesten. 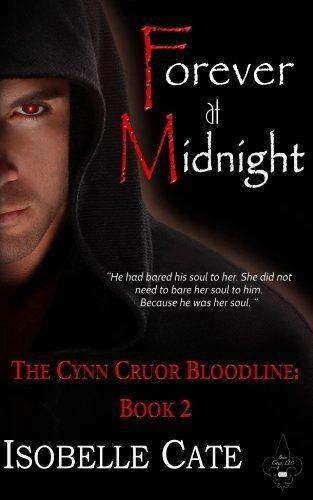 Excerpt
The fear of the unknown was something he’d never felt before. And now that he had Deanna to think of, the emotion held him in a stranglehold. He closed the door and pivoted around to see Deanna kneeling in the middle of the bed. After a slight hesitation he walked toward his clothes and immediately began to dress. He tamped the uneasiness down and forced his hatred for the Scatha to the fore. So many Cynn Cruor warriors and their spouses had been killed by the Scatha and their leader, Dac Valerian. One of the most brilliant generals under Julius Caesar, Dac used to be known as General Gnaeus Valerius Dacronius. Roarke had no intention of allowing Dac to destroy his new found happiness. He was one of the best warriors of the Cynn Cruor. He would protect Hamel Dun Creag.
And  Deanna.
Roarke sat down on the bed to lace up his boots. He couldn't look at Deanna as his hands jerked at the laces. He jerked when he felt her hand on his arm. Roarke sighed deeply before turning to her, capturing her mouth with his. His tongue speared through her lips, desperation and anger in his kiss. Although Deanna shared his fear, she poured as much love and hope into her embrace as possible. Their tongues mated eagerly, hungrily, stoking their common desperation.
Reluctantly, he ended the kiss and placed his forehead against hers.
“Roarke, you have to go,” she said before placing her arms around him, her cheek resting on his shoulder.
He nodded, his face a mask of determination, the planes harsh with commitment to his Cynn Cruor brethren.
“Stay here,” he ordered as he looked at her. She gasped, bringing her hand to her throat. Roarke knew his mate saw his eyes change to red-orange. His mouth pressed into a thin line. “I'm sorry if I frighten you.”
She shook her head. “You don’t. I know it’s not the time to say this, but I like it.”
Roarke's mouth twisted to a wry smile.
Deanna stood up when he did. Her hair covered one breast as if to give her a modicum of modesty, but she was unabashedly unashamed of her nudity, something which Roarke admired. He watched her as she adjusted his leather belt before putting the rest of his tartan over his shoulders. As she walked toward the chair by the corner of the room, the flames from the hearth danced softly against her body. She picked up Roarke's dirk and bent to try and pick up his claymore. Roarke tamped down the surge of lust firing his loins at the sight of her round bottom and swaying hips.
“You'll have to pick up the sword, my laird,” she said with the barest of smiles as she handed the small dagger to him, hilt first. “I'm but a wee lass to carry the likes of that.”
He looked at her, then gestured toward the dagger with a thrust of his chin. “Keep it. For  your protection.”
Suddenly, she flung herself at him. Roarke crushed her in his embrace, inhaling her scent of lavender and the smell of their recent lovemaking. Closing his eyes, he kissed her hair. He felt her shudder and give a soft sob. Roarke felt his heart tighten with pain.
“I will be back, Deanna,” he murmured. “No one can separate us now. I have put my scent on you. You are mine.”
Gently, he moved back to look at her. “If I die, so will you,” he said. “In the same way, I will become just a shell of myself and eventually join you, should you pass ahead of me.”
“I will wait for you Roarke,” she said, caressing his face.
Roarke couldn't help the feeling of pride that filled his heart at her strength of will.
“I will wait for you to come back to me.”
“Unless it's necessary, stay here,” he instructed as he grabbed his weapon. “Dinnae open the door to anyone. Understand?”
Deanna nodded.
Roarke swooped down to give her a hard kiss.
Then he was gone. 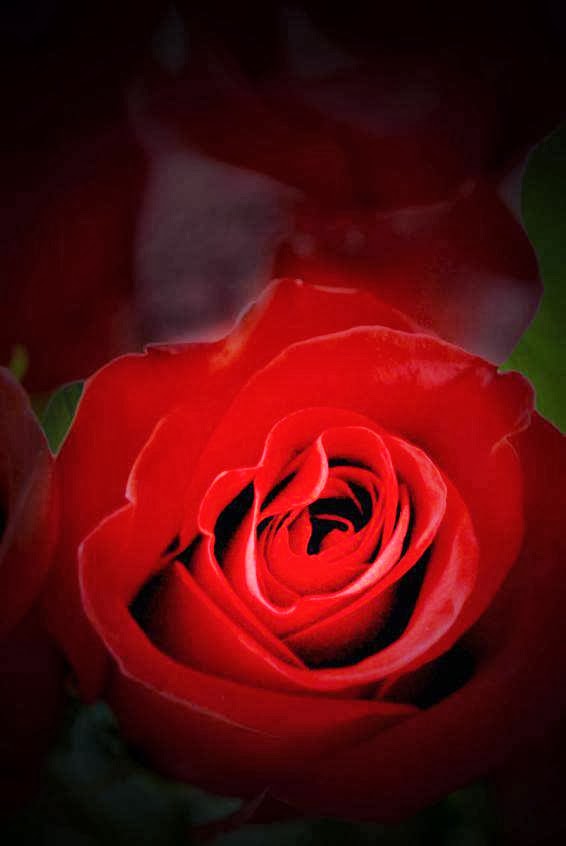