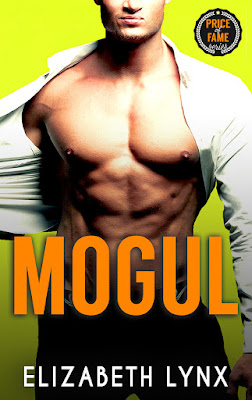 Trying to lose your virginity at a New Year’s party isn’t the best plan. The only things worse? When the guy turns you down but you still have to work with him.
I’m a little embarrassed to admit this, but here goes. My name is Emmie and I’m a virgin. I know what you’re thinking. How could a twenty-eight-year-old woman who runs her own company not have turned in her V-card by now?
While I won’t go into details about it right now, I will admit that I’ve been a bit busy with work. Time flies when there’s a media empire to build. But I decided this year to make things right. A new year’s resolution. To find someone to make me a woman before the clock strikes twelve.
It’s all going to plan. I find the hottest guy at the party. He is more than willing to come up to my bedroom. Then I make the mistake of trying to kiss him. Not only did I not pop my cherry, but I can’t ever look Jon in the eyes again.
Hi, I’m Jon. The one Emmie tries to seduce on New Year’s. Things are still a bit fuzzy about that night, but I do remember Emmie. She’s beautiful and knows what she wants. Emmie is a guy’s wet dream. She’s my wet dream.
I’m in control of my life. I run a successful company with my sister and work hard to do things right. I make sure things get done right without a hair out of place. But when I’m around Emmie it’s as if I met my match. My work suffers and everything I do is wrong.
I should walk away from her. Tell her I want no part in her life. The trouble is whenever I leave, I can’t stop thinking about her.
I’m ready to let her take control of my heart but what if she doesn’t want it?

“You want me to go into that small dark room with you?”

He nodded and his mouth fell open as if he wanted to say something but then hesitated.

“It’s about the joke, isn’t it? I’m sorry. It was stupid. Trust me, I’ve been kicking myself about it ever since.”

Jon took a step toward me and I felt the heat of his body as there wasn’t even an inch between us. He leaned toward my ear and his hot breath fluttered my hair over my cheeks. “You need to stop thinking and start doing. Let me do the thinking for you.” His fingers tightened for only a moment before he let go.

My head had a harder time with that than the broom closet. How could Jon squeezing my hand cause my core to clench? And I could tell my panties were wet, too.

“Are you going to lock me in there?” I clasped my hands in front of my crotch as if he could see the effect he was having on me.

One corner of his mouth curled and there had never been anything so sexy on a man.

Why was my heart pounding harder in my chest?

“Okay . . .” I said and went willingly inside a small dark room with a man I didn’t know that well. These were the types of bad decisions my sister made, not me. And yet, I wanted to be inside the room with him.

My clit pulsed, and I glanced around the dark broom closet. It wasn’t sexy and most likely, a little dirty but something about this whole scenario was crazy hot.

He stood in the doorway and stared at me.

“I thought you said you were coming in here with me?”

Jon smirked and stepped inside, closing the door and turning on the light switch.

He placed his hands behind his back like a teacher about to give me a lesson. And as he stepped forward, I noticed his eyes darkened to slate.

Was he going to kiss me?

I hoped so. I’d get down on my knees and pray to every god that ever existed if it helped get the man’s lips on my mouth. Perhaps if I pretended to pass out, he’d administer mouth to mouth?

It worked in the movies.

“Have you ever had an orgasm, Emmie?” 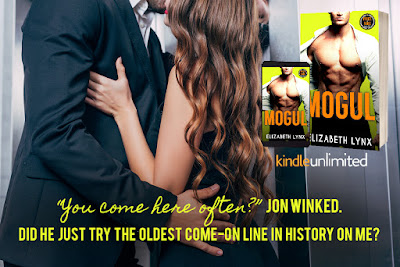 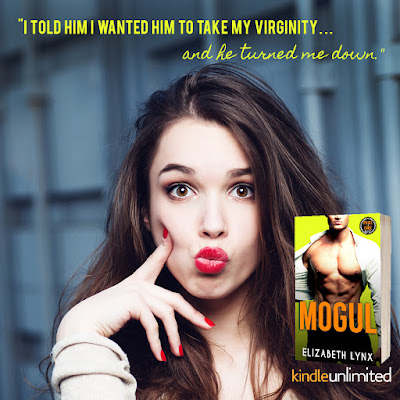 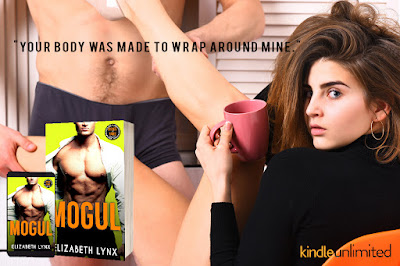 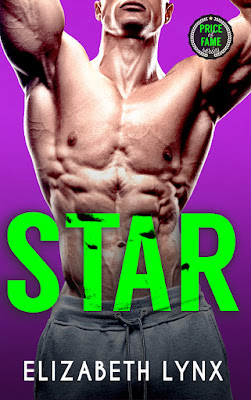 Elizabeth Lynx writes romcoms with a lot of steam and characters you'll be mad aren't actually real. She has worn many hats in life: mother, wife, photographer, graphic designer, executive assistant, and used to print pictures for the White House. For the past several years, she's decided to put down on paper all the crazy voices in her head. Surprisingly, those voices did some really naughty things. 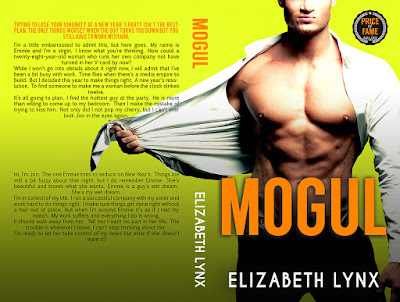