Cover Reveal for A Fallen Son by A.P. Watson 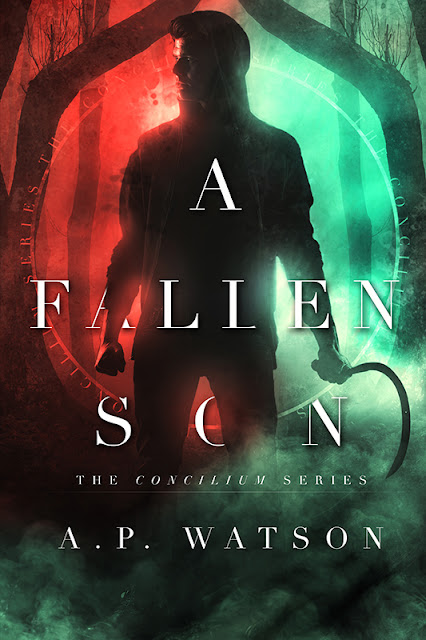 The deaths of her sworn protectors, the blood on her hands, and the evil around her haunt Evey at every turn. She thought she could outrun Aden, but escape now seems impossible. And the longer she’s around her former husband, the more she is forced to recognize the fine line between love and hate. As the reincarnations of the original man and woman from the Garden of Eden, Aden and Evey have been bound to one another from the beginning of time. If she can restore Aden’s humanity, his reign of terror will end once and for all. If she can’t, he’ll lead her down his path of death and devastation. Will Evey ever be able to rid herself of Aden, or are some bonds too deep to truly sever?
Meanwhile in New York, Conrad rises from the dead only to discover Evey has been taken by the very man who stole his life. In the aftermath of Aden's murderous rampage, Conrad teams up with Evey’s best friend and a rebellious consiliarius to save the woman he loves.
Although Conrad’s already paid for their forbidden romance with his life—twice—Aden still hungers for more vengeance. With his soul in constant turmoil, Aden plans to unleash the darkness he consumed in the Garden of Eden on the rest of the world. To stop him, Conrad must travel the world in a race against time to hunt down the only weapon capable of ending Aden’s immortal life. Sacrifices will be made, sins will be committed, and rules will be broken, but will it be enough? Will true love conquer all? And if he fails, will Evey and the rest of humanity fall prey to a madman? 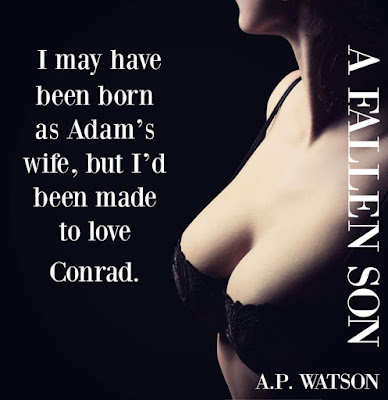 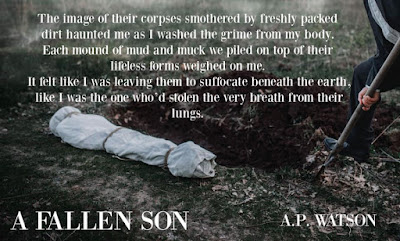 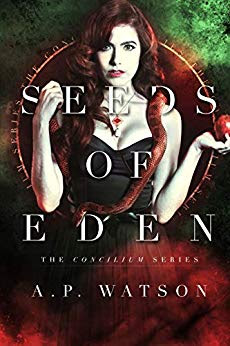 A.P. Watson grew up in the small town of Estill Springs, Tennessee. Living in a rural area allowed her imagination to run wild, and she began making up stories in her head at a young age. Being an avid reader furthered her love for storytelling. Her favorite books to read have almost always been heavily doused in romance, but she continues to enjoy a variety of authors—from Jane Austen and Charlaine Harris to Ayn Rand and Edgar Allan Poe. Finding herself immersed in unfamiliar worlds only inspired her to put pen to paper, and eventually, her love for reading transformed her into a writer.
While her reading preferences have no limits, she tends to write stories in the realms of contemporary and paranormal romance. Her stories are the culmination of her passions, combining her love for art, history, dance, and medicine. As she grows as a writer, A.P. would like to branch out into other genres while maintaining a central romantic theme.
When she isn’t reading or writing, A.P. spends the majority of her time dancing. She has been an avid pole dancer for several years and has performed in major cities all over the South. She is constantly enraptured by the athleticism, grace, and beauty of the sport and always looks forward to choreographing her next routine. A.P. has a Bachelor of Science in Nursing from East Tennessee State University, and in 2019, she obtained a Master of Science in Nursing with a Family Nurse Practitioner concentration from the same university. She has worked as a critical care nurse for over eight years and loves to incorporate her medical knowledge and experience into her writing. Her goal as an FNP is to combine her love for aesthetics and skincare by becoming certified to administer Botox and dermal fillers. She currently resides in Johnson City, Tennessee, with her adorable rescue pup, Elle. 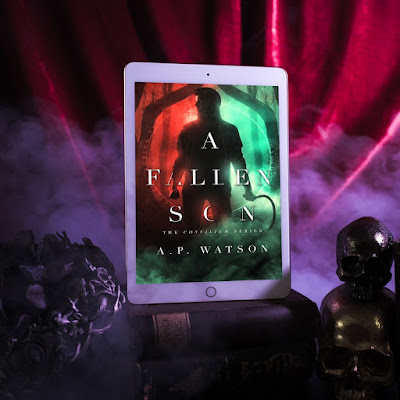