Cover Reveal for Murmur of Love by Nicole Ann Nielsen 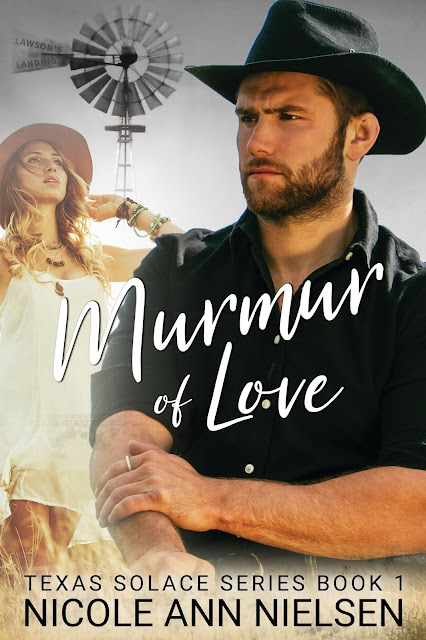 "A cowboy, a supermodel, and a marriage of convenience.
A recipe for disaster . . . or a Southern fairytale?
Cecelia Carlsen, supermodel, entrepreneur and philanthropist, thrust into an unforeseen situation, returns to a past she thought forever lost to her.
Aidan Lawson, Texas cattle rancher and single father, faced with a renewed custody suit and a struggling ranch, is unsure about the future.
And then she arrives in a private jet, flaunting her mile-long legs, batting her honey eyes at him, and offering a solution to his problems.
But Aidan is a man who abhors lies and secrets.
And Cecelia is a woman shrouded in them."

Cecelia watched with amusement as his footsteps faltered and then stuttered to a stop. The bewilderment on his face when he turned to her brought a giggle to the fore.
“Seriously? You expect me to sleep in . . . on . . . that?” With great reluctance, he turned back and gestured toward the offending item in question.
She twirled past him and hooked an arm around one of the four interwoven, antique iron posts shaped in the form of tree trunks supporting the intricate metal canopy above. She flung her other arm open to indicate her extremely feminine bedroom and whimsical bed, and breezed out, “Welcome to my boudoir.”
She sat down on the white-on-white jacquard bedspread and patted the space next to her. “Despite its fragile appearance, my bed is sturdy, very comfortable, and extra-large, so never fear, you will fit.” She flung her torso back onto the bed, arms stretched above her head, her eyes following the leafy pattern above. “I found it in a darling shop in the South of France five years ago and just had to have it.” Her laugh was light and tinkling, as whimsical as her quirky antique bed.
Aidan’s large presence loomed over her. He supported his weight on extended arms, dipping the mattress beneath her shoulders. Her legs, dangling off the edge of the bed, were pinned between his, and his upper body hovered over hers. Her eyes, sparkling with amusement, met his oh-so-serious gaze.
“It better not find its way to Texas,” he drawled in warning.
Her grin widened. “And if it does? Whatcha gonna do, cowboy?”
“Tie you to those posts with one of the scarves you seem to favor and have my wicked way with you.”
Cecelia’s belly fluttered at the promise of his words, and her brows lifted in response. “In that case, it would behoove me to ensure it finds its way to Texas,” she replied huskily.


Aidan’s eyes widened as her meaning — and what he’d said — sank in. He’d spoken without thought. He groaned as a dull flush crept up his face, and he made a move to straighten. “You scramble my brains.”
Her arms found their way to his neck, stopping his retreat. “I rather like your brains scrambled,” she murmured. Her exploring fingers spread over the shorn hair at his nape, and she tugged him closer, her laughter fading as desire replaced amusement.
“I have many scarves,” Cecelia whispered as his lips hovered over hers, their breaths mingling.
His body lowered as his elbows bent in answer to her pull. He tugged her lower lip between his teeth, eliciting a moan from her, scattering her thoughts.
His teeth released their hold, lips moving closer to her ear. “Does bein’ tied to your bed tickle your fancy, Lily?” he whispered, his lips continuing to kiss a path across her hairline. She’d the power to unleash a racy side in him he’d never known existed.
She moaned, angling her head just so to expose more of her neck. Being a clever man, he followed her invitation, leaving her breathless in the wake of his lips. “You have no idea . . . how tickled my . . . fancy is right now, cowboy.”
He sank lower, eliminating the little space between them. He asserted extra pressure — perfect pressure — aligning all the right body parts. “I think I might’ve some idea, sweetheart,” he said hoarsely, “as I am in the same predicament.”
They both moaned. He lifted his head and repositioned his lips on hers. The tip of his tongue sought entry, and she gladly opened to him. An intimate duel ensued, fueling the fire building between them.
“Oh, Lily, I love your bed! It’s sick!” The loud shriek was vicious in its untimely interruption.
Aidan stilled. Groaning, he pushed himself upright, his movement sluggish and reluctant. His gaze embraced the gorgeous woman, still spread out on the bed, one arm flung above her head, her chest heaving in rapid movement.
She was breathless and undone. Because of him.
His plan had been to keep his physical distance from her for a while. To get to know her a bit better — build a relationship — before becoming intimate.  He raked his hand across his face. It was going to be harder than he’d anticipated.
Tearing his eyes from the alluring image, he focused on his daughter. 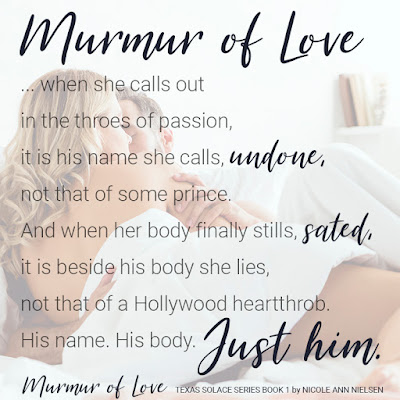 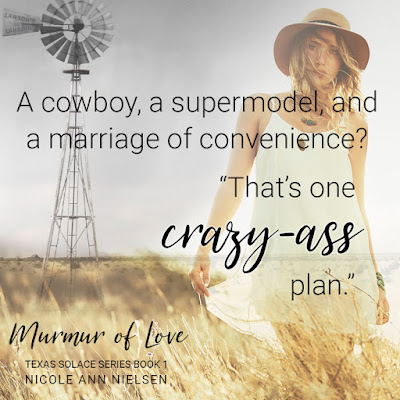 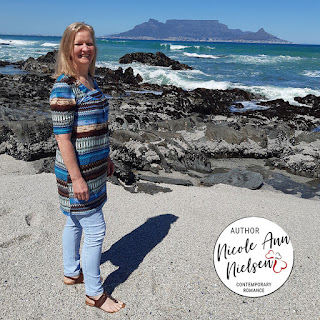 Nicole Ann Nielsen believes in romance, in love, and everyone deserves a happy ever after.
And that is what she writes — Contemporary Romance.
Working as a web developer and running her own company, one morning, having had enough of code, she opened a word document, and finally, finally, let the ideas bouncing around her head out.
In her own words: “The words flowed, the characters talked, the scenes developed, and a story formed. It was magical.”
Nicole lives in scenic Cape Town, South Africa, and shares her space with her husband, two dogs, and a lone cat, her son and daughter having long flown the parental coop.
She is an avid reader, enjoys Pilates, inhales coffee, and loves dreaming about her next novel. 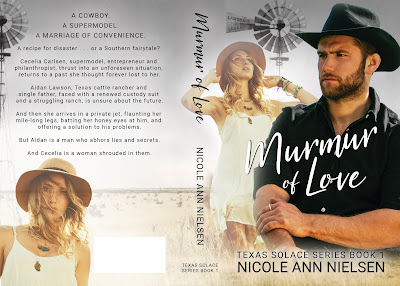