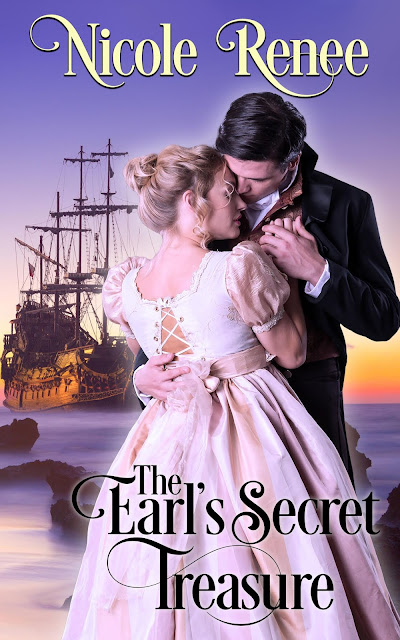 Karina Bardot, daughter to the Duke and Duchess of Essex has always been overlooked. Plain, and too involved in her novels, she was resigned to being a spinster for the rest of her life.No man could possibly match the heroes she read about in her quiet time, so, she was content with letting her books be the loves of her life.


Quite thrilled with it actually.
That was until her parents informed her of her sudden betrothal to a Marquis. She barely even knew of her own engagement, and now she is to meet her future husband? Now Karina’s forced to endure a season filled with endless parties, mind-numbing conversation, and dress shopping. Something she detested more than ballrooms. Captain Cole Black asked his men to do one job. Find the woman who stole expensive fabrics from their trade deal, and return to the ship posthaste. He was leery of being in London for too long, as having left the high society life, with its obligations and stifling rules of decorum long ago. Cole was confident that his men would return with the woman responsible for their delay, and continue on their journey. Only his men returned with someone else entirely. And the ship had already left port.
Drat.
Will Karina finally get the excitement, and adventure she’s been craving all along? And Will Cole finally realize that his greatest treasure is not lost at sea?

“Tell me something, would you ever take her same path? Marry to protect yourself? Or even a child?” Without thinking about her answer, Karina readily replied. “Nay. I daresay I would face a future of ruin before I even considered marriage to another.” “Why?” Cole couldn’t help asking, curious about her answer. “Because, Captain Black, although society deems it an impossible and silly notion, I am not a disbeliever of love. Once you have beat all the odds and found your true love, your soul’s resting place, being with another would seem an unfeasible option.” Taking a step closer to her, he spoke lowly. “You would suffer a lifetime of ridicule, all because of some feeling, or notion of love?” Boldly, she stared into his questioning gaze. “Without question.” Cole could see that the lady was very serious. He admired her passion and determination. The conviction in her speech moved his former linear thoughts, offering him the chance to see someone else’s point of view. Particularly, Lady Bardot’s position. Staring into her light brown eyes, Cole found himself wondering if the color would change were he to kiss her. Granted, they had already darkened at the simple discussion of a book. “I must say, Lady Bardot, you make a convincing argument.” Calming down a bit, she smoothed her dress over. “You agree with me then,” she stated. “I did not say that,” he answered instantaneously. “Captain Black—” “I do not mean to fluster you, Lady Bardot. I only mean to compliment your strong argument. Very few women are able to argue as effectively as you so demonstrated only moments ago. ‘Tis truly a gift. Now, shall we continue on our trek up to the steer? I’m sure I can interest you in the mechanics of it all.” Offering his arm, he waited for her to accept it, only to be confused when she took a step back. Eyebrows furrowed, she forced a smile. “I do apologize Captain Black, but suddenly, I am not feeling well. I’m afraid my being a woman is wreaking havoc on my body.” “Lady Bardot—” “My delicate sensibilities should be grateful indeed, sir, that one such of your status has bestowed upon me a compliment on the successful completion of my own argument,” Karina replied angrily. Her slightly raised voice drew the attention of Leviah, Ackley, and James, who was taking his usual walk about the ship before he began the evening meal. “Lady Bardot,” he started, only to be interrupted once more. “Why, ‘tis a wonder I even know my own surroundings! Being able to formulate words into stimulating conversation can be a headache, especially for my gender, but not to worry, sir, I am up for the challenge. Hopefully, I will not be found lacking.” She poked the Captain in his chest, which surprised him. “You think to have my acquiescence with a compliment about my gender? About my astounding ability to interest one person in conversation? Have you no hopes or high expectations of women? Are we only placed on this earth for one purpose only?” Karina whispered the last inquiry seemingly more to herself. Taking a deep, and insulting bow, she pasted a very large and false smile on her already tight face. “I must bid you good day, sir. Better to return to my quarters before my person is overcome with doubt at the competency to walk in a straight line without an escort.” 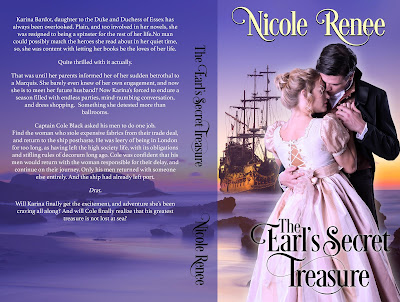