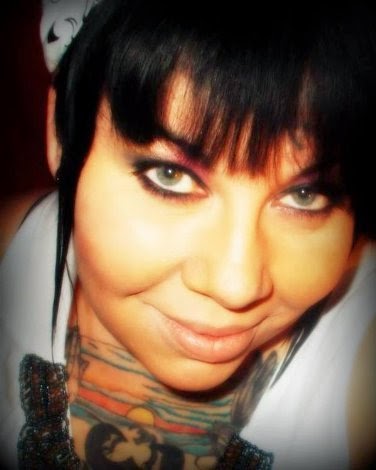 Dina Redmon is a novelist specializing in coming of age and romance/erotica books. She uses her life experiences for inspiration in her writing and has a unique style as she tends to write as though she is having a conversation with her readers.

One of Dina’s greatest passions is art and she feels that beauty can be found everywhere. She has many hobbies which include cooking, baking, crocheting, sculpting, painting and tattooing. Though she has many hobbies, writing is her favorite.

Dina’s love of the written word goes back to her earliest memories. She cannot recall a time when she didn’t have a pen or pencil in her hand. This love has inspired her to keep journals throughout her lifetime and she keeps them close at hand for constant insight and motivation.

Her love of art is second only to her love for children. She has been both a foster parent and a teacher. Dina taught art and life skills classes at the Boy’s and Girl’s club and maintains contact with not only her foster children but many of her students as well. Through the time spent with these children, they have become a large part of who she is and she loves each of them as though they were her own.

Her free-spirit and gypsy's heart has carried heron countless adventures for many of her adult years. She has lived all over the United States but is now settled in Upstate New York and is enjoying the quieter side of life. 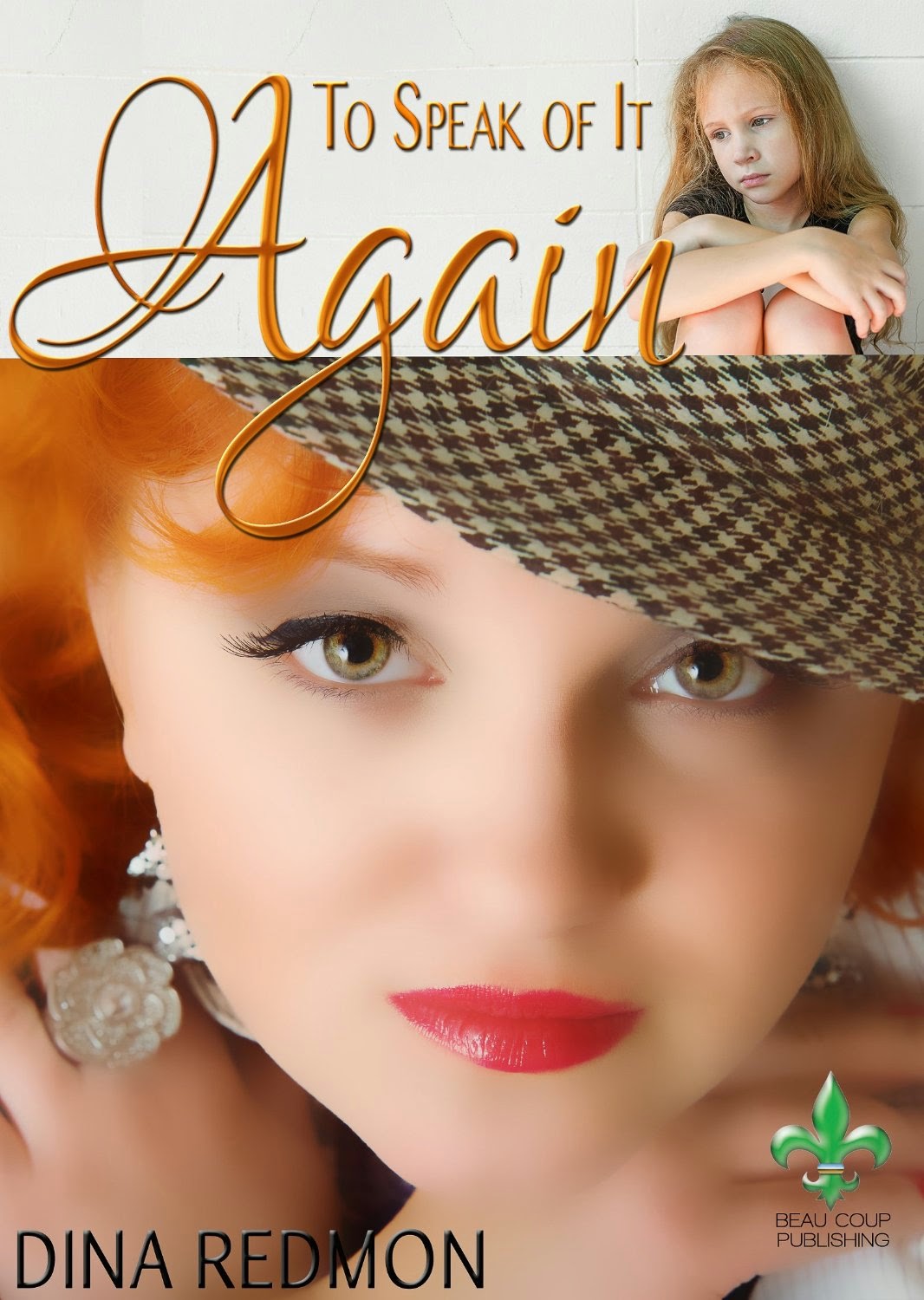 We all have a story. This is mine…
After tragedy struck our neighborhood, my family and I packed up and moved from our little city home in California to the backwoods of Minnesota. Even at the young age of six, I noticed my surroundings weren’t the only thing that changed.
I learned what fear was. I was scared of the unknown, frightened of failing and terrified of my father coming home.
I thought I escaped it.
Old habits die hard and I continued to live in that fear as an adult. Childhood memories haunted my every step, thought and action. I lived for other’s happiness, denying my own…until I just couldn’t deny it any longer.
I finally escaped.

The journey to Minnesota was uneventful. So much so, that I’ve dug through the deepest recesses of my mind and have yet to find a single detail to share with you. My personal feelings are that we as a family were so disturbed by the events that put us in that moving truck that we traveled those dark, long, twisting and turning roads in silent thought.
I do remember, a few days after being on those aforementioned roads, we pulled into a long gravel driveway that marked the entrance to Aunt Julie’s property. We had arrived at Mom’s sister’s home, home sweet hillbilly home.
To our right was a vast, wooded area bordered only by a small garden and wooden fence. To the left sat...a house? At least I think it was a house…yeah, it was a house or at least a resemblance of one. Did people really live like this?
The wood shake siding was falling off and there was tar paper covering what was left of the roof. A single, blackened chimney pipe extended out of a hole in the roof and thick, black smoke billowed into the air, happy to make its escape from the torture chamber it had been created in.
The shadows of a barn cast by the early morning sun that was beginning to rise into the sky loomed before the front of the truck. I could see little pigs, like the ones in the story books Anna used to bring over, playing in the mud. There was something that looked like sheep with very short hair, kicking up their heels in a small fenced pasture. I later learned they were goats.
As I sat there attempting to take in this new environment and all it had to offer, gun shots filled my ears. I almost jumped out of my skin as they continued to echo across the open land. I put my hands over my ears in an attempt to block the sound, but it didn’t help. Dad sat there, laughing hysterically. His laughter seemed almost wicked as it escaped through his smile. That’s when I noticed he was throwing rows of firecrackers out of the window to announce our arrival. Mom just sat there, shaking her head in utter disgust, while Brianna slept soundly curled up in a ball on the floor of the truck. How did she do that and why couldn’t I?
The door to the house opened and three sleepy children filed out with their parents in tow. The eldest son began to pick up the remains of the firecrackers. The middle son and younger daughter clung to their parents’ legs as if it offered them protection from the sounds still hanging in the air.
After waking Brianna, we stepped out of the truck. I watched as Mom and Aunt Julie hugged each other tightly in a tearful embrace. At the time, I thought the tears were because they were so happy to see one another. Looking back at it now, I understand the tears were because Mom realized her efforts were in vain. Aunt Julie lived now just as she did as a child. I guess it’s true when they say, “the apple doesn’t fall far from the tree.”
Introductions were made and more hugs, kisses and handshakes were exchanged before we headed into the house to have breakfast. The front door of the house led directly into a large eat-in kitchen. To the right was a small bathroom, and I noticed as I walked by, that it smelled like something evil had died in it.
A large, black, wood stove made its presence known with the sounds of burning wood and the heat that emanated from it. Aunt Julie added more wood to the stove, and Mom began to dig through the cupboards. She found everything needed to make pancakes for this brood of people that had now filled the little kitchen.


Dad and Uncle Pete sat at the kitchen table, punching each other in the arms and talking shit like men did. We children sat silently on the floor for we knew that children were to be seen and not heard. We stared at one another as if we were trying to telepathically communicate. It didn’t work, of course, but it wasn’t for lack of trying.

Chasing Circumstance, the first of two books, was released in late April through Beau Coup Publishing and is my debut romance/erotica novel. It follows the story of Amia Durant, a forty year old woman who no longer believes in love…until she meets him. I hope to be releasing the sequel by early summer. *smile*

To Speak of it Again is what I consider my book baby. It’s my second book released through Beau Coup Publishing and is the first in a three book series entitled Read All About It. The sequel, White Picket Fences, will hopefully be released by early autumn with the third and final installment due out shortly thereafter. Oh, why do I call it my book baby? Well, because it closely follows my life story. Some people become strong through life’s experiences…Maggie Reed was born strong. She had to be or she wouldn’t have survived.

2.       How did you get started as a writer?
I believe I was born to write. Cliché? Maybe. Honest? Absolutely! I’ve written and read since I can remember. I reached a point in life where I knew if I didn’t clean house, I would live in the dusty cobwebs of my yesterdays. To Speak of it Again started as an attempt to heal and the next thing I knew, I had written my first full length novel.  I knew when I finished, I had found my calling.

3.       What’s a typical day like for you?
Have you seen those giant coffee cups they stuff teddy bears and candy into as gifts? Well, my day starts with a kiss from my fiancé before he leaves for work and then is closely followed by one of those enormous cups of coffee filled to the top! Since it takes a while for the caffeine to kick in, I spend some time playing around on the various social networking sites I am a member of. At least that’s what I tell myself so I don’t feel guilty for sitting around for a few hours every morning doing nothing.
Then it’s like the Susie Homemaker in me takes over and I start cleaning…even when there isn’t anything to clean. I’ve never been diagnosed as having any kind of OCD or anything like it but sometimes I can’t help but wonder.  *giggle*
Around midday, I usually take some time out of my schedule and at least look at the writing projects I have going on but truth be told, I have to pull up a thesaurus and the next thing I know, I’ll just check Facebook… we all know it’s never just checking.
My guy calls me at his lunch and we chat while he eats. OMGiggle! He makes me laugh and swoon at the same time. Yep, I’m in love. Anyway…
That’s when it reality sets in and I realize I need to figure out something for dinner, so I do. With our meal prep underway—which usually means some kind of meat defrosting in water in the sink—I pamper myself with a long hot bath. Yep, I take time out for myself every day and soak in the tub. I’m tellin’ ya…it’s how I keep my sanity. Well, what little I have left anyway.
Five o’clock? F#*%!!! He’ll be home soon! Now comes the mad dash to get dinner prepared and my butt—along with the rest of me—dressed. Make-up? Maybe but not usually. I’m lucky if I comb my hair. Yep, I love my short hair!
He’s home now and I’m all smiles. You see, we were recently engaged so we’re still in that honeymoon stage. *Stay tuned for future reports on that.*
After dinner it’s hang-out time on the couch with my guy. I crochet while we watch movies, listen to music, or just chit chat until he goes to bed. I cuddle up with him until I hear him snoring and then quietly go back to the living room where I sit on our couch and write on my laptop that is precariously perched on either my lap or a small end table in front of me.
Four in the morning? ZZZZZZZZzzzzzzzzzzzzzzzzzz

4.       Describe your workspace.
One of two places…I’m either on the couch as previously stated or in the center of my bed surrounded with pillows.

5.       Favorite books?
The Scarlet Letter…absolutely my fav book EVER!!! After that? Again, cliché, I know but it all depends on my mood. I adore historical non-fiction but can get lost in great sci-fi, romance, or true to life type stories anytime.

6.       Tell us three interesting things about you.
Interesting? Hmm… Um… yeah. I’m not sure how interesting it is but I currently have 109 tattoos and add more to my collection monthly. Let’s see, what else? OH! I am a natural blonde, though I haven’t seen that color since I was about fourteen. One more…one more… Um, wow…yeah…Have you given up yet? No? All right, fine…I’m actually very shy.

7.       Favorite quote:
“You cannot fail as an artist for it is a success just to be one.” Charles Horton Cooley

8.       Best and worst parts of being a writer?
Best part? I get to follow my passion. Worst? Staying on track. 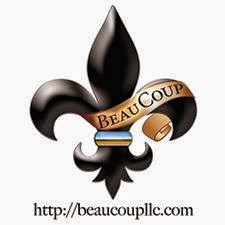