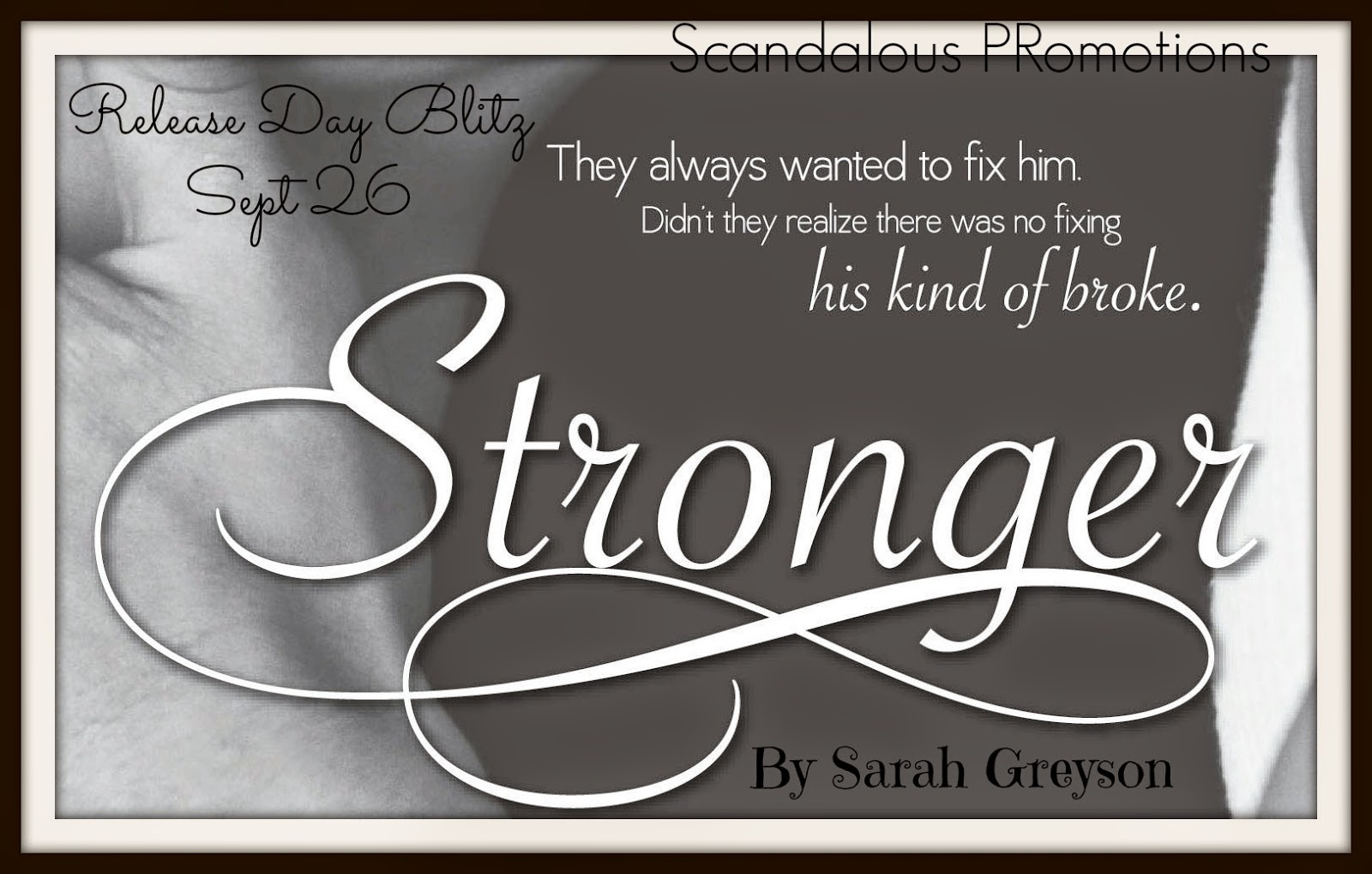 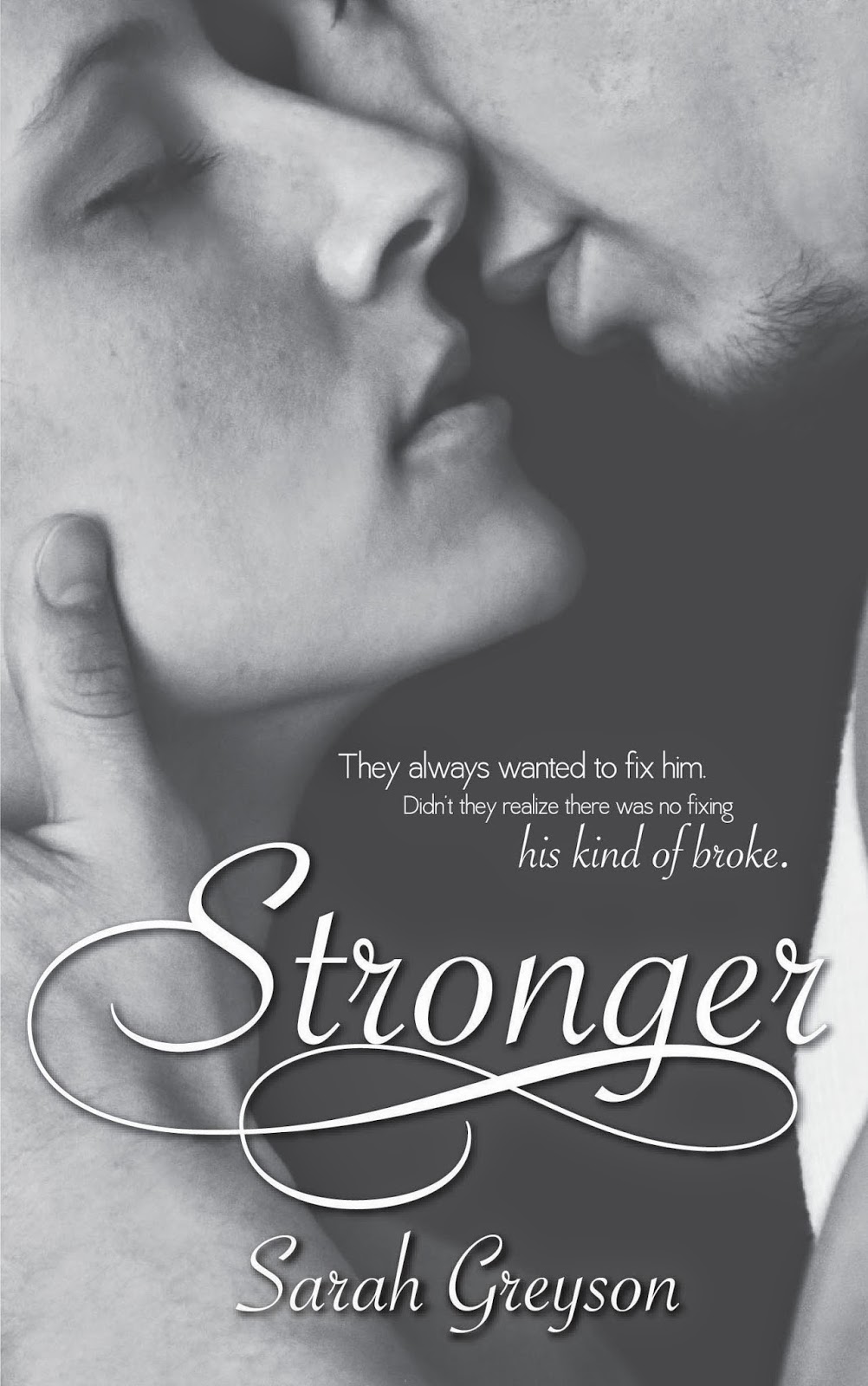 Haunted by the loss of his beloved fiancée a year and a half ago at the hands of a terrorist cell, ex-Green Beret Rob Fabik doesn’t know how to let go. The sounds and sights of her death replay in his mind, and he tortures himself with the guilt he feels over not being able to save her life, distracting himself with alcohol and women.

Attending Harvard University, Lola Sardeson is a down-to-earth, rich girl who is tired of living under her father’s thumb. One night out with friends quickly turns into a nightmare as she is kidnapped from a busy Boston nightclub. Her nightmare intensifies as she learns that the Ortiz Cartel sells young, innocent girls into the sex-slave trade.


The Unit’s mission is to rescue Lola from the nefarious clutches of the Ortiz Cartel. From the instant Rob sees Lola, she touches something deep inside him, drawing out his protective nature. These feelings only serve to intensify the guilt he feels over losing his dead fiancée.

Forced by circumstance under the same roof, Lola inspires Rob to grow stronger. Can he suppress his feelings for Lola, or will guilt consume him alive? Can he forgive himself for not saving his fiancée? Can Rob save Lola and protect her from the greedy hands of the Ortiz Cartel?

Intended for mature audience 18+ for sexual language and violence.

This book can be read as a standalone.


ADD TO GOODREADS
OR
https://www.goodreads.com/book/show/22908631-stronger 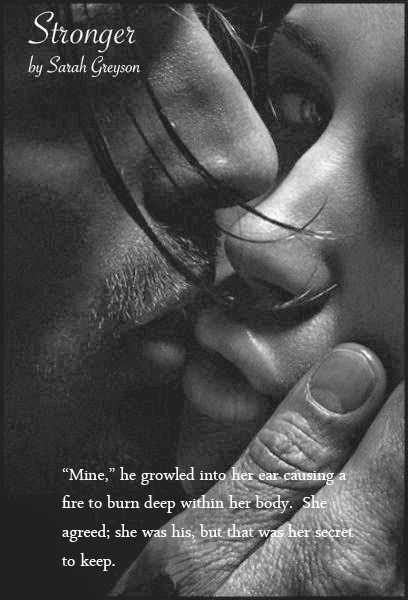 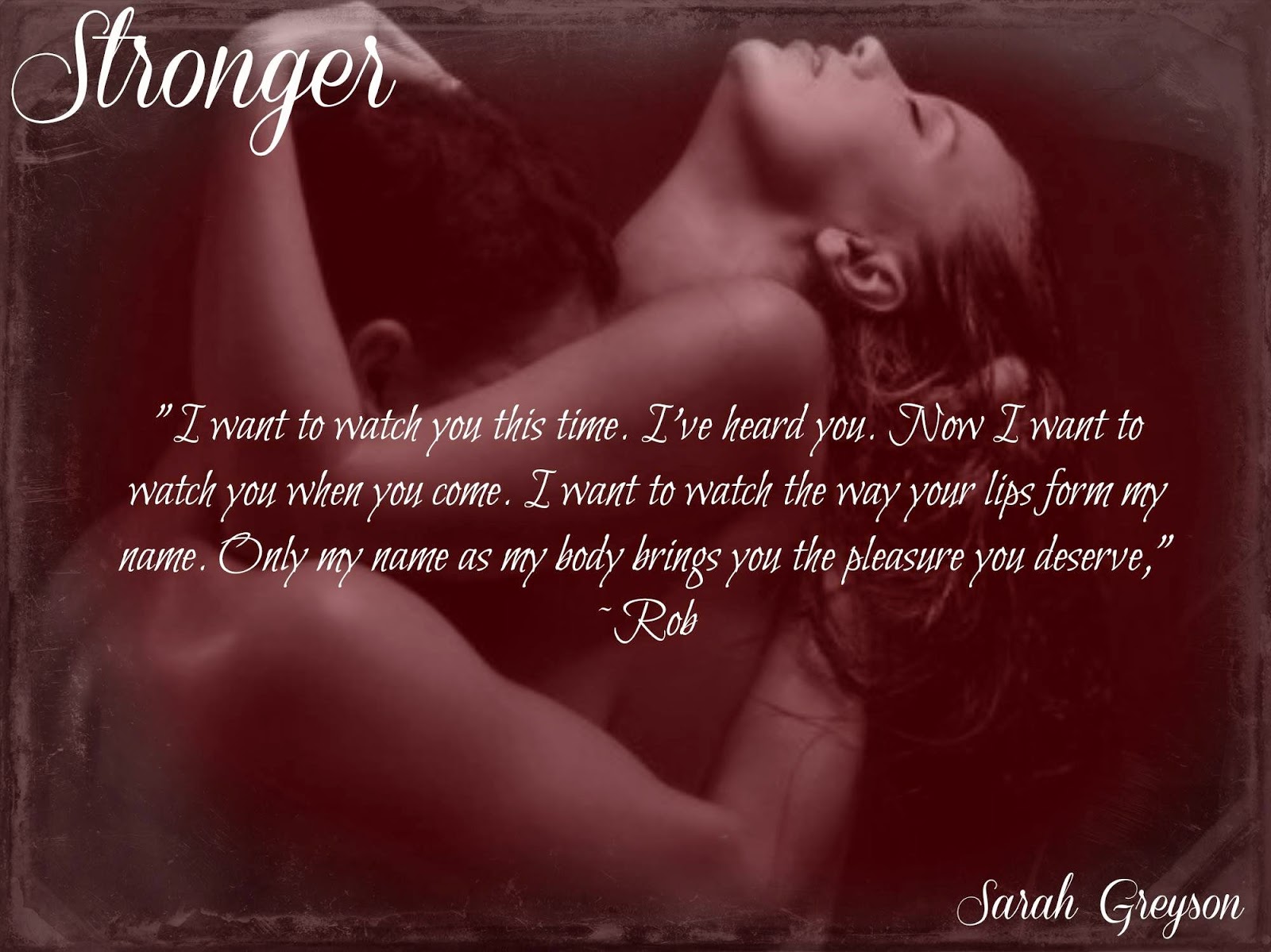 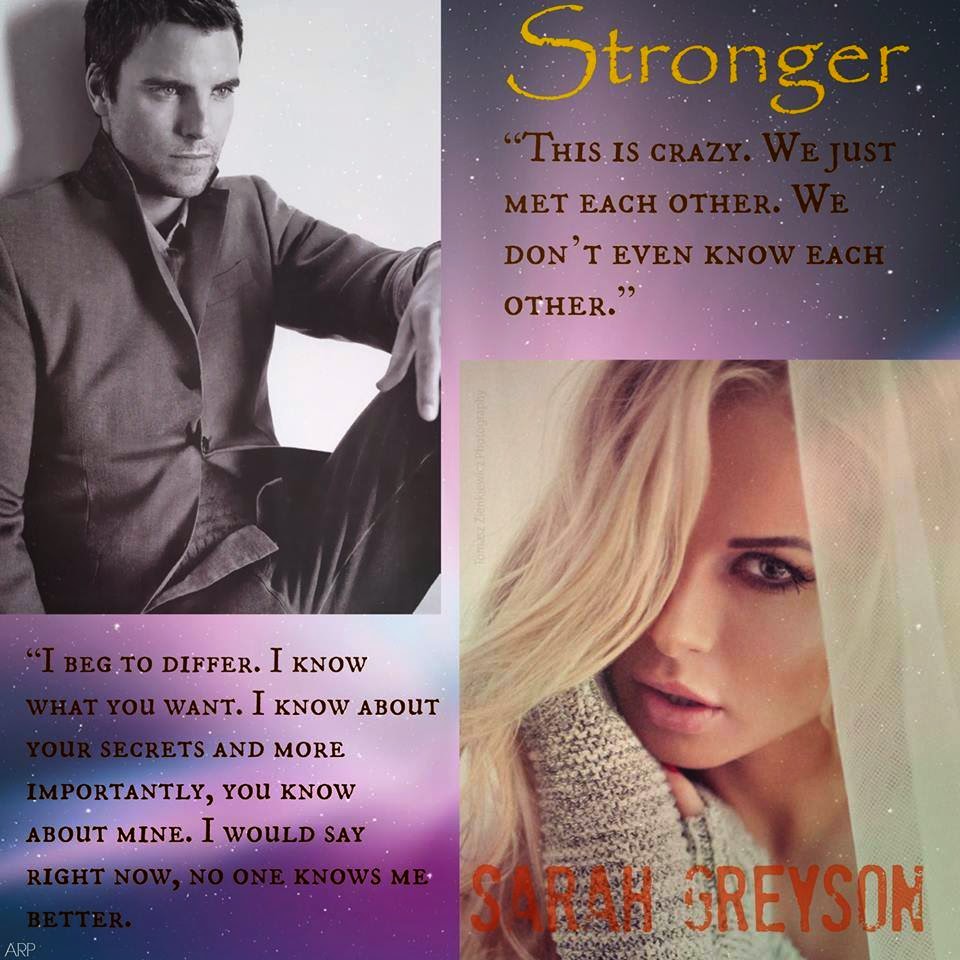 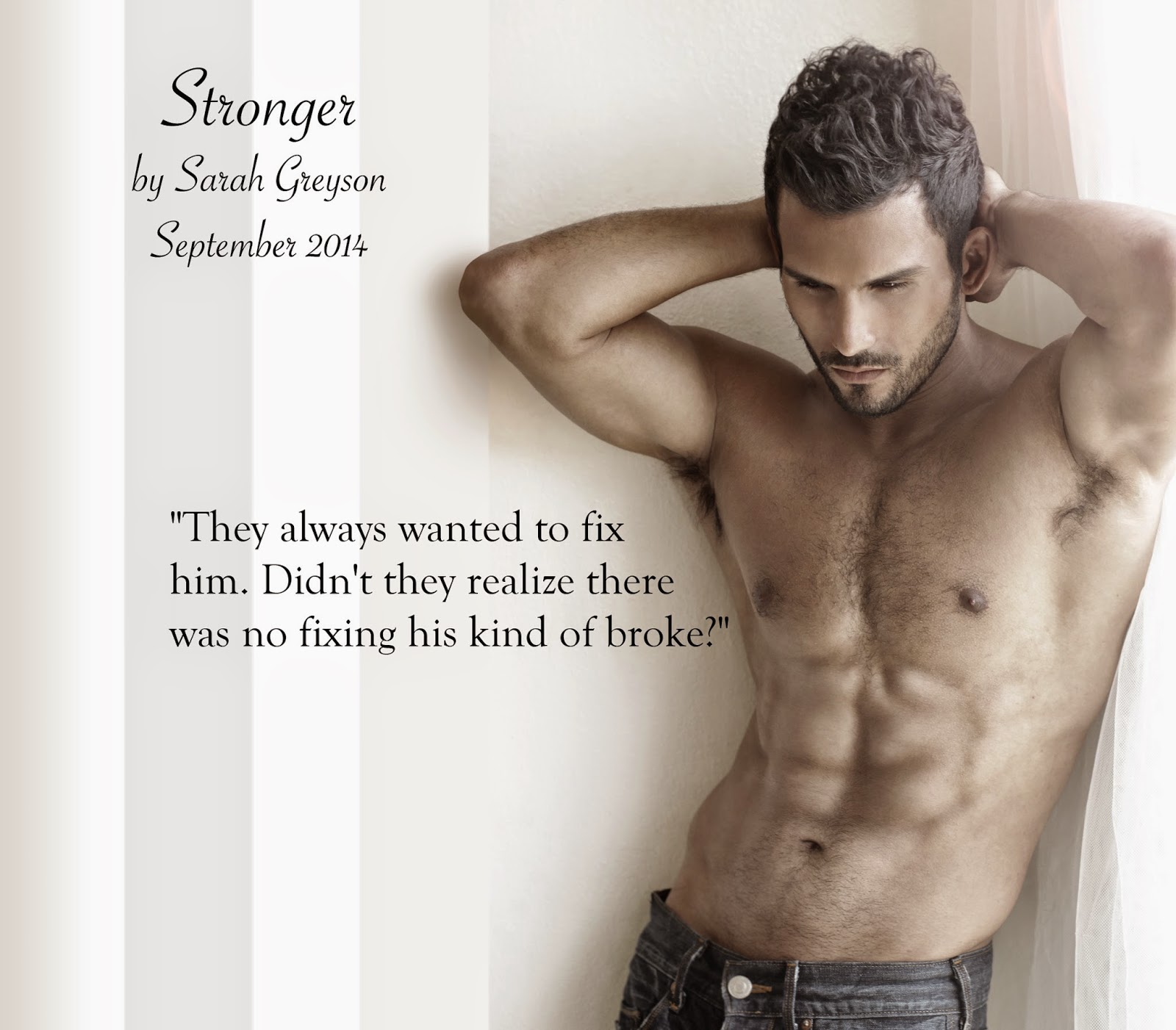 
Lola sat in the SUV with Rob right next to her on the way back to Blackrain’s office. She was very conscious of where Rob’s leg was because it kept brushing against hers. Each touch would heat her stomach and make her feel longing deep in her core. She felt butterflies at just the sight of Rob. She had never experienced anything close to this before. Sure she had guys rubbing up against her when she danced, but never in her life had she ever felt this emptiness mixed with fluttering in the pit of her stomach, this longing for a man to be inside her, filling her up, like she felt for Rob.


They pulled in front of a small, non-descript two-story brick building that housed Blackrain Security. High-tech security cameras followed them. The inside was much like she expected. The downstairs had a few fake plants in a few corners and there were cubes that each held desks. She walked past the kitchenette on her way to the stairs. The kitchen contained a small table and three chairs, a microwave, a stove and oven, a refrigerator, and a coffee pot. It was a complete setup. Often, the men stayed overnight; they needed a working kitchen. The staircase was on the outside of the wall and led to a closed glass door. She imagined the upstairs was where they held their meetings. She didn’t see any conference tables in amongst the cubes. They made their way up the metal staircase and entered through the glass door. The upstairs was much more modern, with Impressionist paintings adorning the walls. Again, she saw the same fake plants she saw downstairs. Someone liked their greenery. Rob stopped outside of another door, this one frosted glass. The name on the door read ‘Tyrrell Greenwood.’ Rob knocked twice and heard, “Come in.”


Rob placed his hand on the small of Lola’s back and led her into the office. Lola’s father was seated at the large conference table. He stood and rushed to hug her. She hugged him back with all her might. She was happy to see the relieved look in his eyes. As soon as they finished with the embrace, Mr. Sardeson stepped back to look at his daughter. She was still wearing the white negligee and coat from the previous day.


“Can someone get her some clothes for Christ’s sake?” Mr. Sardeson bellowed through the office.


“Of course, sir. Aaron, please get Ms. Sardeson some clothes from the locker room.” Tyrrell motioned for Aaron to move quickly.


Rob found Mr. Sardeson in three long strides. He grabbed the man by the collar of his expensive suit and bunched it up at the neck. “How could you?” Rob spat into his face. He was so close to Mr. Sardeson he felt the huffed breath from the man on his face.


“What are you talking about?” Mr. Sardeson accused acting tougher than he felt.


“You could have gotten her killed. All over money,” Rob yelled. “They came after us. Your guy, who pulled the money, didn’t wait long enough. You know what? Forever won’t be long enough. They want her. She is worth three hundred and seventy five grand to them. You think they are just going to let her walk away?”


“I only provided three hundred and fifty thousand. Where did the other money come from?” Mr. Sardeson’s only question.


“That’s not your concern,” Rob responded. He really didn’t want Lola to know he put up the remaining amount.


“Wait just a second. What do you mean he pulled the money?” Tyrrell asked looking to Rob.


“He gave us about a twenty-minute window from the time the auction closed to the time he pulled his money. Thank God we were already in the SUV when Ortiz’s men started after us. We barely made it back alive. We had a good, old-fashion shoot out in the streets of some Mexican town.” Rob looked directly at Mr. Sardeson. So much for Lola’s father liking him.


“Mr. Sardeson, is this true? Did you pull your funds?” Tyrrell asked moving to pry Rob’s hand from his expensive collar.


“There was no way I was paying some criminal for the return of my own daughter. That is what I hired you to do. And I see I made the wise choice.”


“Mr. Sardeson,” Tyrrell said in his most patronizing voice. “Rob is right. They consider Lola their property. They are going to come after her.”


“I plan on having her back under my protection this afternoon. She will no longer be attending Harvard. She will have around the clock body guards . . .”


“I’m not going back with you, Daddy,” Lola interrupted in a low-pitched voice. “I will continue to go to Harvard. I will continue to have my own life.” She raised her chin and met her father’s calculating eyes. She stood solidly waiting for his tirade. Surely, he wouldn’t cause a scene in front of people. Nevertheless, she stood rooted to her spot, spine straight, eyes focused on her father’s.


“You, young lady, will be coming home with me.”


“I will not. I will find my own protection.”


Inhaling deeply through her nose, she responded, “Good. I’ll use what I have in my trust fund. I’ll find a job like everyone else. I don’t want you to hate me, Daddy. I just want to have my own life. I’m tired of you controlling me.”


“And how are you going to afford protection? You need me.” He was looking straight into her eyes begging her to defy him. “Around the clock protection isn’t cheap. It will eat through your trust fund in a couple of months.”


“I will be her protection, sir.” Rob moved to stand beside Lola.


“You don’t have a say, sir,” Rob’s steel grey eyes met dark, menacing ones. “Your daughter is an adult. If she doesn’t want to go home with you, she doesn’t have to. But rest assured, I will die before I let anything happen to her.”


“If I provide funding for this protection, can we make sure he has backup.” Mr. Sardeson could never refuse his daughter anything. It was his fault she was still in danger.


“We can work something out.” Tyrrell looked at Rob. “Care to tell me where the additional funds came from?”


“That wasn’t really a question.”


“Fine. I put in the twenty-five grand, or we would have lost the auction,” Rob said lowering his head embarrassed.


“I couldn’t lose you,” Rob said looking into her beautiful sea-foam colored eyes. All of the men in the room exchanged glances. What did he mean?


“I will pay you back,” Mr. Sardeson said reaching into his breast pocket and removing his checkbook.


“Lola, do you mind if I talk to my boss and your father for a minute, alone?” Rob asked aware that damage had been done, aware that he had revealed too much.


“Perfect timing. Aaron, will you show Ms. Sardeson to the ladies’ room so she can change?” Tyrrell asked.


Aaron opened the door for Lola, and she followed him down the hall. When Rob could no longer hear footsteps, he spoke. “I do not want my money back. I don’t want payment for this job. I’m protecting her because I want to. If you want to pay the company for the other men’s involvement, that’s fine, but I will not take a penny of your money.” He looked at Tyrrell, and Tyrrell knew he was serious.


“If you aren’t doing this for the money, son, then why are you doing this?” Mr. Sardeson asked cutting through the bullshit.


“I care for your daughter. Nothing will happen to her. No one will touch her, not as long as I am around. That’s all you need to know.”


“Tyrrell, I guess that leaves you and me to talk business,” Mr. Sardeson said, dismissing Rob and turning his attention back to Tyrrell.


Rob waited outside the Ladies’ restroom for Lola. He wanted to be the one to tell her the good news. She would get what she wanted. She could go back to Harvard. But he also had to explain his new role in her life. She exited the bathroom dressed in men’s jeans at least two sizes too big for her and a man’s plain white V-neck undershirt. She had to keep a hand on the pants or they would fall down.


“Thanks for that. With my father. No one has ever stood up to him for me before.”


“You don’t have to thank me. You deserve to live your own life. I do need to talk to you though,” Rob said, trying hard to avoid looking at her perky breasts covered by the thin fabric.


“Sure,” she said joining him in his walk down the hallway.


When they reached his cube, he pulled out his chair and offered her a seat.


Rob leaned against his desk and crossed his arms over his chest. “Listen, I know we just met, but this detail I signed up for means you and I live together - twenty-four seven. You are never out of my sight.”


“What about classes?” she inquired anxious to get some resemblance of her old life back.


“I will escort you to your classes, and I will be waiting for you when you leave.”


“What about your life?”