A Will of Her Own by Kristine Raymond Cover Reveal 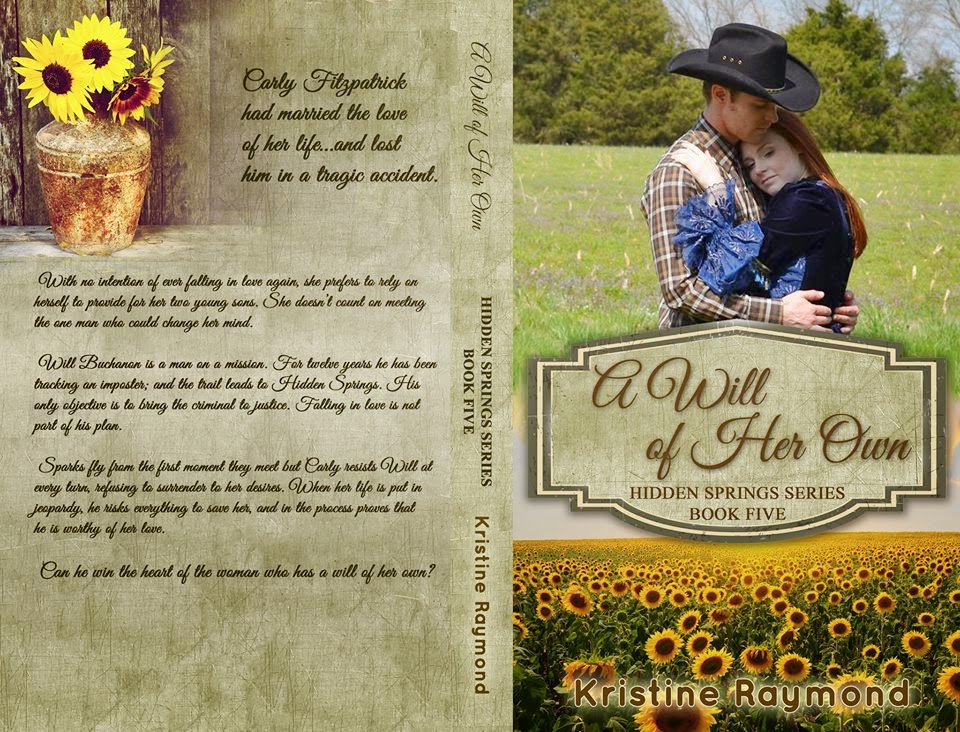 Carly Fitzpatrick had married the love of her life…and lost him in a tragic accident. With no intention of ever falling in love again, she prefers to rely on herself to provide for her two young sons. She doesn’t count on meeting the one man who could change her mind. Will Buchanon is a man on a mission. For twelve years he has been tracking an imposter; and the trail leads to Hidden Springs. His only objective is to bring the criminal to justice. Falling in love is not part of his plan. Sparks fly from the first moment they meet but Carly resists Will at every turn, refusing to surrender to her desires. When her life is put in jeopardy, he risks everything to save her, and in the process proves that he is worthy of her love . Can he win the heart of the woman who has a will of her own? 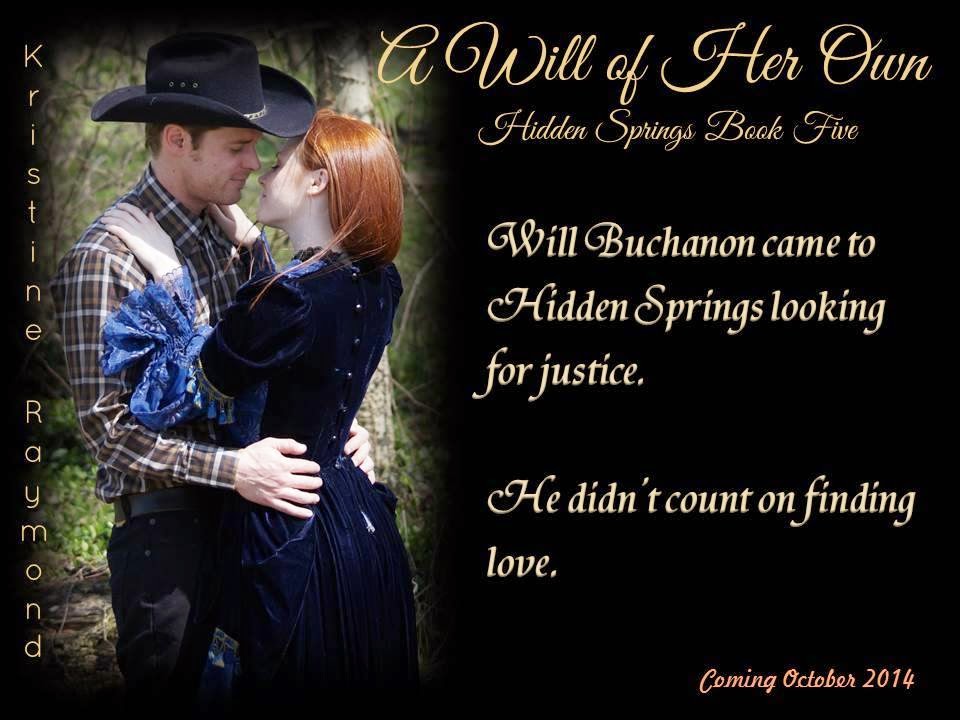 About the Author:
Kristine Raymond loves to read and that naturally transformed into a love of writing.  She has always been a fan of the Old West and lived in Arizona for several years, where she was able to appreciate the beauty and history of the region.
She has released four books in the Hidden Springs series and is getting ready to release the fifth book, as well as working on a contemporary novel called Tempted.  When she is not writing, she enjoys spending time with her husband and furry family.
She is the author of Here to Stay, Hearts on Fire, Abby’s Heart, A Chance on Love, and A Will of Her Own, which will be released in October.