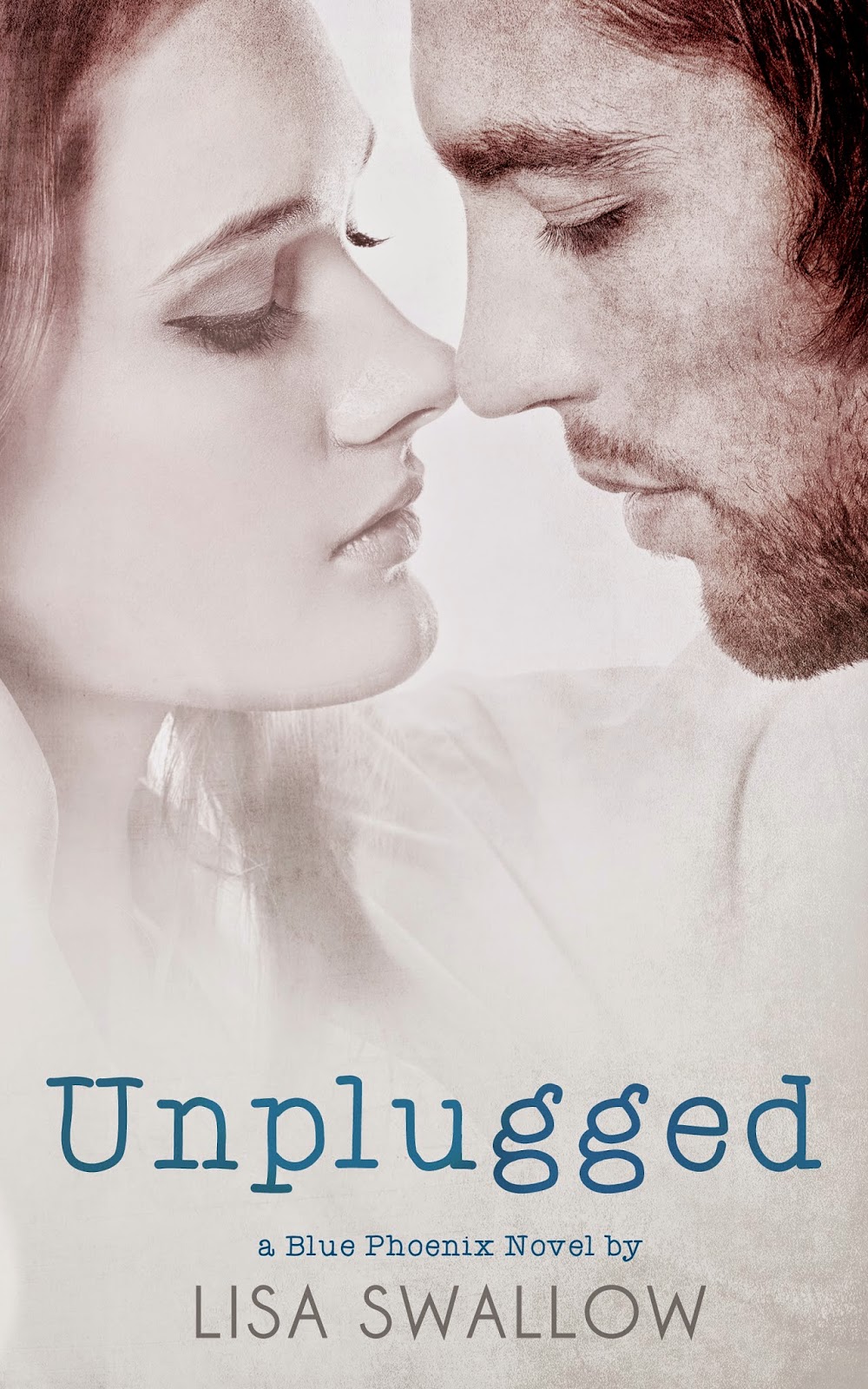 A rock star, the girl from his past and a Disney princess.
Find out what happens when Liam Oliver is unplugged from Blue Phoenix.

"A rock star doesn't return to his humble beginnings and whisk away the girl he kissed once. Especially if she has a four year old and her relationship status is 'it's complicated'."
Blue Phoenix bass player, Liam Oliver discovers pictures of his fiancée with another man and his world crashes around him. He packs up his humiliation and hurt and flies back to his Welsh family home for Christmas.

Cerys Edwards once had pictures of Liam Oliver covering her bedroom wall. Her best friend's big brother never gave her the time of day when they were growing up. When she was fifteen, he left town leaving Cerys with her fantasies. Now he's back. The problem is, she has a daughter and a broken relationship of her own. Do they have a second chance?

In the world of his Christmas past, Cerys and Liam reconnect. Are they two hurt people looking for comfort in a time of heartbreak or does Cerys have a place in Liam's future too?

Months later and unplugged from his Blue Phoenix lifestyle, Liam reconnects with Cerys. He discovers Cerys's world is full of complications he never expected - including Ella's father who isn't happy about being replaced by a rock star.

Unplugged is more than a rock star romance. This is a story of second chances, family and unexpected bonds made that can't be broken.

This is book three of the Blue Phoenix rock star series but can be read as a standalone - Liam and Cerys are minor characters in the first two books.
No cliffhanger. 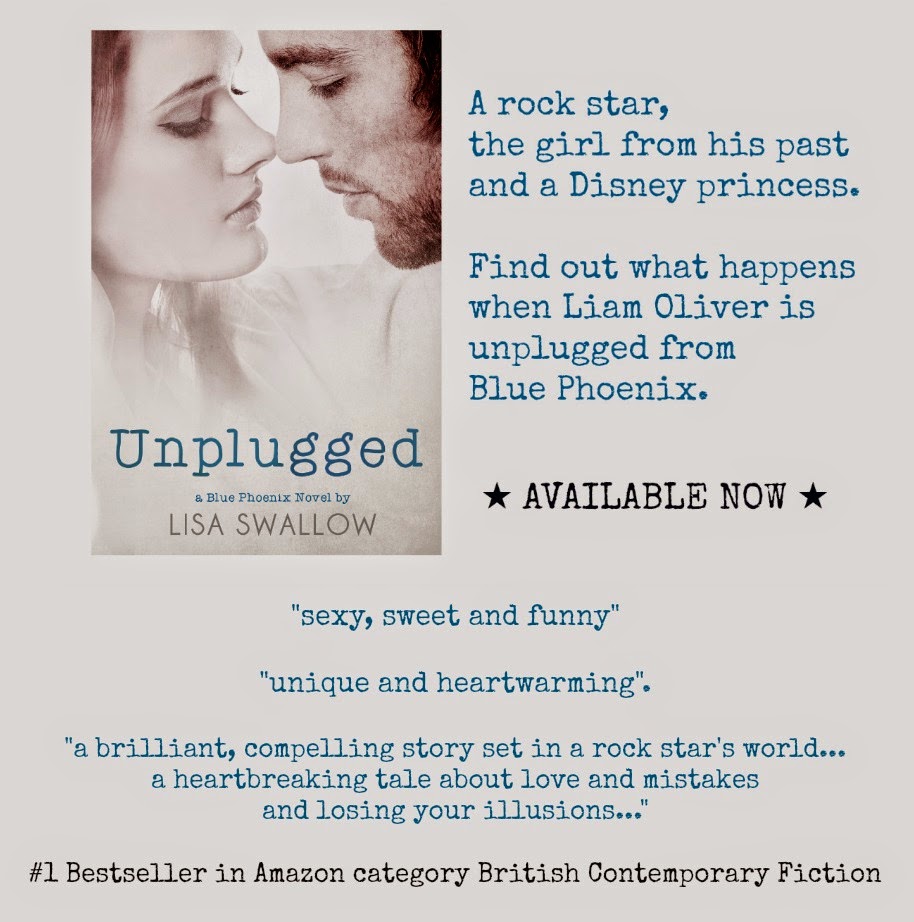 Our faces touch, his rough cheek against my forehead, and I know if I move my head a few centimetres, our mouths will meet and our worlds will shift.
"Is kissing you still wrong?" I ask.
"Your lips are meant to be on mine." He moves his face. The static charge of our mouths so close and the snow drifting onto our bodies drag us into a surreal world. The shift happens. I slide my cheek along his, the stubble scratching my skin as my lips meet the edge of his.
The world is covered in white, hidden from reality; a reality that I hate currently. I can escape for an evening, maybe a few days, and allow his blizzard to overwhelm me. If life is the same struggle when everything melts away again, a few moments lost in a fantasy after months of feeling worthless are what I need and worth the consequences.
Liam digs his hand into my hair and crashes his mouth against mine. I gasp in surprise at the force as he delves his tongue into my mouth, sliding against mine. When Liam kissed me in the bedroom the other day, there was a tension in him where he held back part of himself. Was this because Liam knew I did too? This time the world falls away completely as we kiss frantically, noses bumping as he pulls me into the snowstorm that is Liam Oliver.
Liam moves to kiss my cheeks, a delicious scrape against my skin as his hot lips burn into my cool neck. He slides a hand around my waist, beneath my coat and holds me against him. Convinced my legs are going to give way and cursing the lack of walls for Liam to press me against, I grip his sleeve.
Liam nudges his nose back across my face, hot breath mingling with mine and misting in the air. “Definitely feels right,” he whispers.
Then Liam kisses me so gently that he takes my soul and pulls it apart. My head spins as the intensity of the slow kiss fills me with a craving for this man that will never be satiated. This is more than feeling right, this is our hearts open and raw finding their way together.
Which means when they’re torn apart again the pain will kill me.


The heat we create counteracts the falling temperature around us but the cold of reality isn't far. I pull my face away; I need to pull myself out of this. 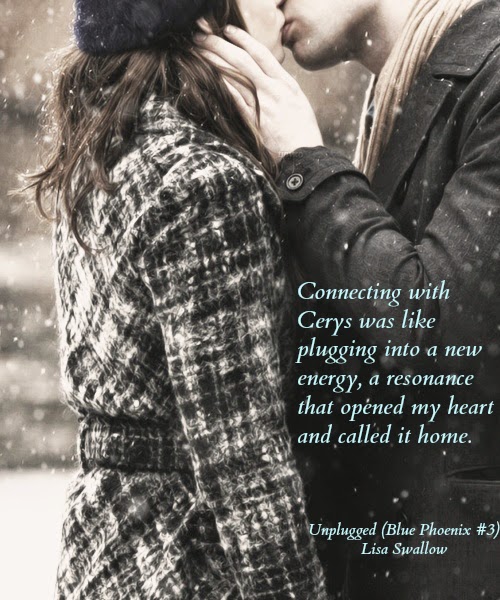 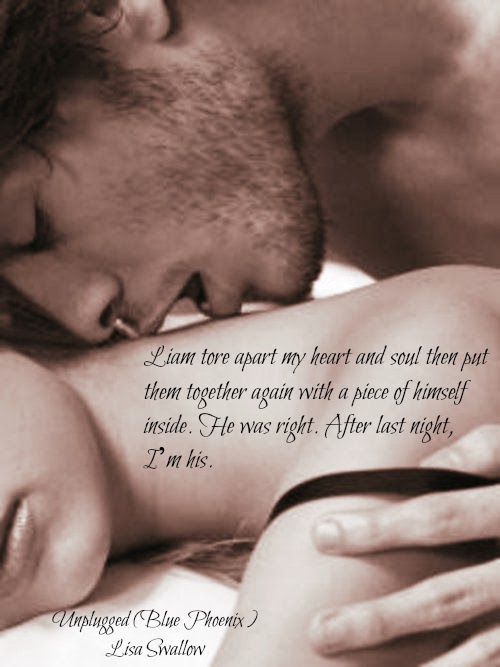 (These two books must be read in order - book one has a cliffhanger and book two completes the story)
Unplugged
(Blue Phoenix #3) - Standalone - Liam & Cerys
http://amzn.to/103mjsX

Lisa is an author of new adult romance and writes both paranormal and contemporary, often with a side of snark. In between running a business, looking after her family and writing, Lisa sometimes finds spare time to do other things. This often involves swapping her book worlds for gaming worlds. Lisa is originally from the UK but moved to Australia in 2001 and now lives in Perth in Western Australia with her husband, three children and dog. 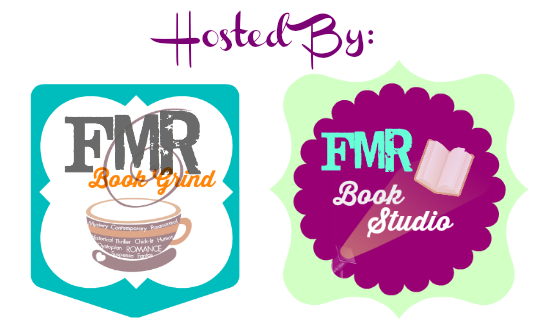