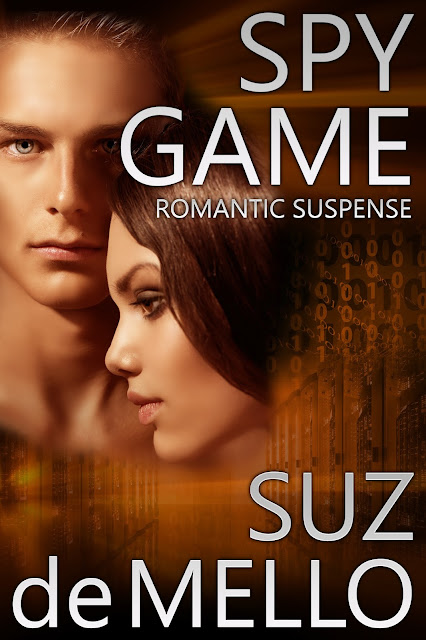 Fledgling agent Ani Sharif has finally been assigned to her first undercover mission—to seduce software tycoon Richard Rexford, known as the fearsome T-Rex of Silicon Valley. He's suspected of selling software secrets to the Chinese. Ani must succeed at her first assignment, but will handsome, clever Richard uncover her secrets and seize her heart?

On Saturday afternoon, Gar saw an umbrella hung in the signal tree in Golden Gate Park, so he met his contact in the Castro at midnight. To anyone watching, they’d look like two guys outside a crowded bar, sharing a smoke, but his contact passed Gar a tiny package, a package worth millions to his customers in Indonesia.

He tucked the package inside his jacket and mounted his motorcycle, heading for Potrero Hill and the shelter of a safe house. As he passed through a residential area, he slowed, and only then did he hear the growl of another motorcycle on his tail. At first he thought it was happenstance, but as he turned one corner and then the next, with the following motorcycle’s roar ringing and banging in his ears, he realized he’d been tagged.

Gar tried every trick he knew to shake the tail, but nothing worked. Too late, he saw that he’d been herded toward the shore of the bay, heading too fast down a dead-end alley, with warehouses on each side and a chained metal gate in front of him.

Braking too hard, he jerked the bike into a sharp turn in front of the ten-foot-high gate. The bike slewed on the slick, damp street, drawing a screeching curve to the left before crashing into the cyclone fence.

He hit hard and went down, his bike clattering on its side, sliding out of the fog lamp’s amber halo into the dark, misty night.

In a haze of pain, he lay stunned on the pavement, moving in and out of consciousness, with the bitterness of failure flooding his mouth.

The other motorcycle stopped. Gar heard the scrape of boots on asphalt. Blinking, he raised his heavy head a fraction to see an hourglass figure silhouetted against the golden light. He groaned and dropped his head back. One hand scrabbled toward the precious parcel, seeking to protect it.

The boots stopped close to his head. Too close, but nothing he could do about it. Too weak.Too much pain. Should have worn a helmet…

Motorcycle leathers creaked. He smelled jasmine, felt warmth, sensed she knelt beside him. He blinked again.

She had a jaunty smile and eyes that gleamed green even in the dim light. Opening his jacket, she removed the package, which contained the prototype of the computerized brain that would run some of the United States’ newest, most sophisticated guided missiles.

“Thank you.” She tucked the package into her jacket and walked away, her boots crunching. He heard her bike kick, catch, and roar away, its growl receding into the misty night. 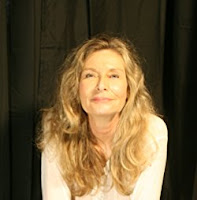 Best-selling, award-winning author Suz deMello has written nineteen books in several genres, including erotica, comedy, historical, paranormal, mystery and suspense, plus a number of short stories and non-fiction articles on writing. A freelance editor, she's held the positions of Managing Editor and Senior Editor, having worked for such publishers as Totally Bound, and Ai Press.

Her books have been favorably reviewed in Publishers Weekly, Kirkus and Booklist, won a contest or two, attained the finals of the RITA and hit several bestseller lists.

A former trial attorney, her passion is world travel. She’s left the US over a dozen times, including lengthy stints working overseas. She’s now writing a vampire tale and planning her next trip.