Other Than by Mia Jo Celeste 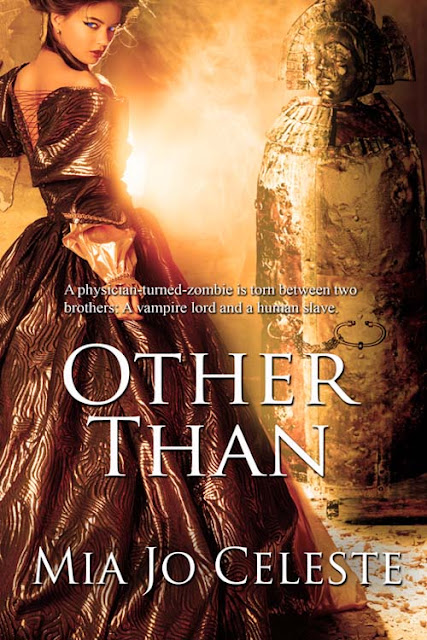 It only takes one drink from the Water of Immortality to kill Evie Woods—halfway. Trapped in undead flesh, the world’s last skin-slider wakens on an island purgatory where a cursed spring bubbles with immortality, and zombie cannibals crave living flesh. Her only hope of escape rests in the hands of the one man who would see her fail. Lord Victor Lowell, the man of her dreams and darkest nightmares. Contrary and intractable, Victor preys on others to maintain his angelic charisma and preternatural prowess.
Trapped in an ever escalating war they can’t stop, Victor and Evie fight time for a cure, but as the long days pass, blackness tears at Evie, ripping her thoughts from her one memory at a time. Victor will do whatever it takes to prevent her from deteriorating into a rotting husk, even if it means dooming himself, but Evie won’t surrender his soul without a fight. 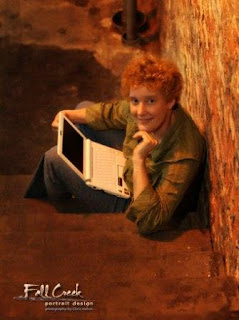 Mia Jo Celeste comes from a family of writers and English teachers, so it was no surprise when she chose to pursue both careers. She grew up watching horror movies and reading romances. To her, the two genres go together like salty and sweet in kettle corn.