Out of the Storm by J.B. McGee

THEO
There's an eerie calm before the storm,
And my best friend is in the direct path of the hit.
I have to protect him, no matter the cost.
He's like a brother to me.
I'll do whatever it takes to make sure he's safe.
Even if that means being pulled into the vortex that is Jules Hemingway,
A sexy, fiery tempest that has the potential to destroy everything in her wake.
All I want is to dive in, take my chances.
But first, I must complete the mission—save my friend.
Though it may mean losing what really matters,
The only woman worth drowning for.
JULES
Something's amiss—strange and ominous,
And I can't quite put my finger on it.
When Theo Katawhateverhisnameis comes thundering in,
It's like lightning to my heart, my body, my soul.
It's a shock—a jolt, as I realize my life is a scam,
A scheme with no winners.
I'm in over my head, treading in a sea of lies,
Leery of whom to trust,
Only looking to protect myself, my heart.
Together, we're wreckage, debris,
but are we collateral damage in this perfect storm? 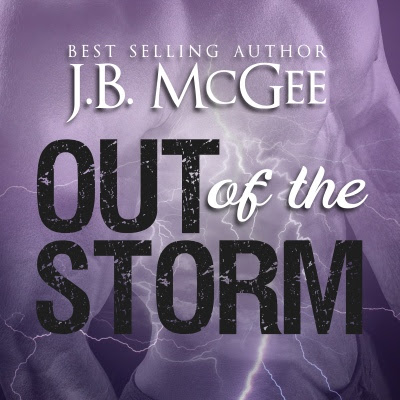 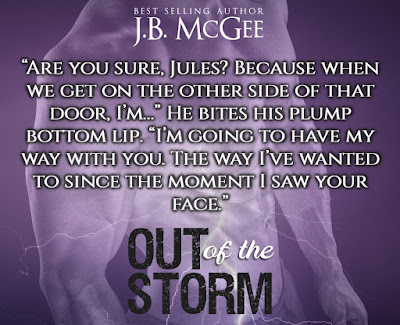 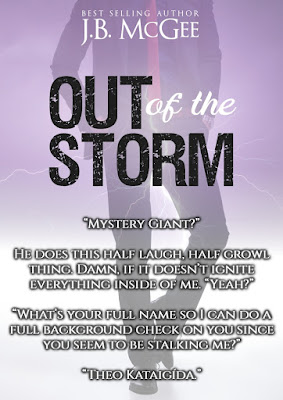 Swiping my face with my shirt, it’s hard to ignore the searing gazes of the girls in the gym that roam to the exposed skin of my ripped abs. A small sideways smirk quirks at the corners of my lips as I duck my head down, heat rushing to my cheeks. I work damn hard for this body, and I love when someone appreciates it. I nod at Rockin’ Red, who’s licking her pouty lips like I’m a fine piece of meat she’s hoping to slowly devour. She probably has a better chance with Charlie, unfortunately for her. Of course, there’s a lot more of him to consume. The thought causes me to chortle.
Making my way to the locker room, I swing the door open. “I’m meeting Jules tomorrow night. You can have your guy do it—” They glance in the mirror at me.
I nod. “‘Sup?”
“What’s happenin’?” Their jaws tick. It may have been posed as a question, but it was definitely a statement.
“I heard you overtalkin’ out there. You know I was engaged once. Never again. I say, get as much ass as you can while you can, man.”
Charlie’s eyes narrow at me as he sizes me up, but he’s more than six inches shorter than me. “It’s not nice to eavesdrop.”
“Didn’t mean to. Normally, I have my iPod with me, but I forgot it. And, if it was a secret, maybe you shouldn’t be talking so loudly I could hear you two machines over. But anyway, I’m not here to socialize.” I glance down at my pecs and abs as I pull my shirt over my head. “In case you can’t tell.”
“Right.” He laughs. “And as for my fiancée. If you saw her, you’d understand why I wanted the best of both fucking worlds, man. Have a nice night.” Charlie pats Tattoo Guy on the back. “Let’s get outta here, Angelo.” Ah. Charlie looks back over his shoulder. “Sorry, I didn’t catch your name. I’m Charlie Hawke.”
I didn’t miss that he didn’t extend his hand to me, so I push mine out toward him. “Theo. Theo Kataigída.”
“Greek, huh?”
I nod, smiling. “You got it."
He never takes my hand. They both just give me a look that screams ‘go fuck yourself’ before walking out. Yeah. The feeling is fucking mutual fuckers. 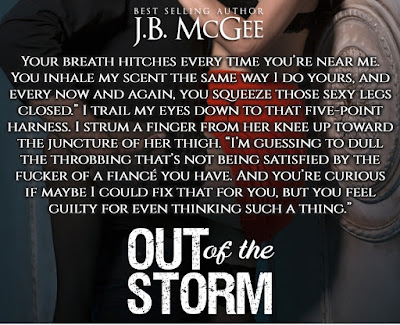 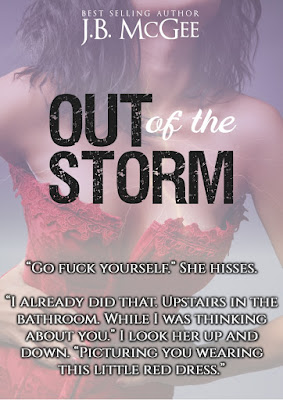 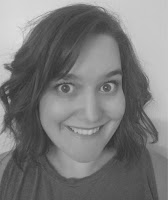 J.B. McGee is a mother, wife, and the Amazon Top 100 author of the best-selling This Series. Amazon Crossing acquired the German rights to her debut novel, Broken. Heartfall, her coming of age novel about a bullied ballerina, is a #1 best seller in the Teen and Young Adult Performing Arts genre. Skipping Stones, a military romance about a young woman strongly influenced by her faith and her family all the while searching for her true love, is a #1 best seller in Women's Christian Fiction.
When J.B.'s not writing, she enjoys reading as well as watching and live-chatting her favorite television shows with her friends. Her favorite shows are Quantico, Blindspot, Grey’s Anatomy, The Bachelor/Bachelorette, Below Deck, The Vampire Diaries, The Originals, and Scandal (mainly because of her love of Scott Foley).
Born and raised in Aiken, South Carolina, she attended Converse College and eventually earned her Bachelor of Arts degree in Early Childhood Education from The University of South Carolina-Aiken in 2006.
In college, she was told by her children’s literature professor she would be the one student from her class to be an author. McGee shook her head and laughed. But in 2012, over six years after that statement was made and after a love of reading had been reignited, she gave writing a shot. J.B. gladly ate crow when she emailed her first book to the above mentioned children’s literature professor thanking her and acknowledging the accuracy of her prophecy.
In 2011, it was discovered that not only do both of her children, but also she and her husband, have mitochondrial disease. Affecting 1 in 2500 people, it has no cure or treatments. Being a writer allows J.B. to care for her family’s unique needs while also providing a platform for raising awareness for this disease.
She is a hopeless romantic who loves to escape into fairy tales—some she reads and some she creates.
J.B. McGee and her family now reside in Buford, Georgia. 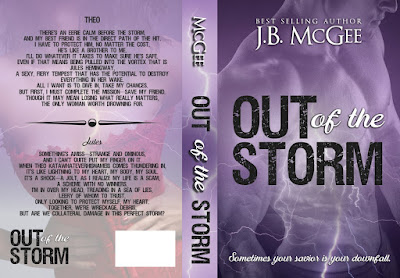