Review of "A Second Time Around" By: Ashlie Knapp 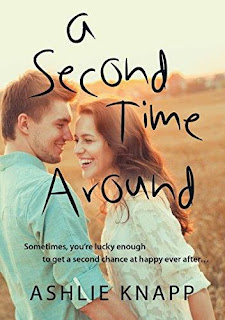 Kasey is so tired of Beth wanting to set her up on blind dates as all of her dates end up as disasters. She knows that if she can't get her children out of bed that she is going to be late to school yet again. Paul has had his fair share of bad dates because of Beth. When he showed up at Kasey's house he had no idea that she had kids. On one of their dates he took Kasey to a Bar-B-Que place that one of his best friends own.

Kasey is a widow, has two sons. She is a teacher of second graders. She is 34 years old. Carson is Kasey's 13 year old son. He plays basketball and is very protective of his mother. Tate is Kasey's youngest at the age of 3. He is a very sweet kid,Tater tot. Paul owns a chain of grocery stores, has a dog named Ninja. Beth is Kasey's friend. Married to Tom. She is an accountant. Paul's accountant. Eloise is Paul's friend, Pike's wife. Pike is married to Eloise, own his own restaurant.