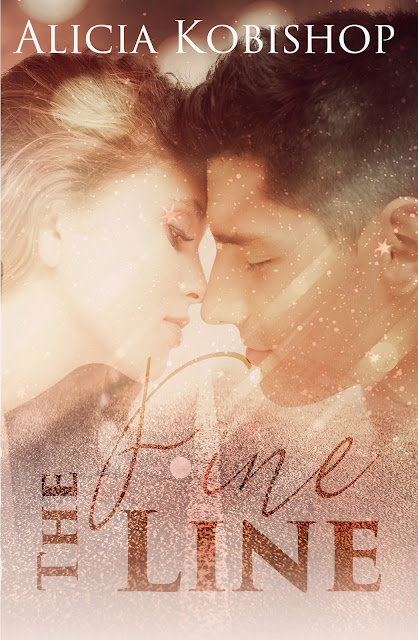 At 17, Olivia Evans has her life mapped out. Work two part-time jobs, study hard during her senior year, and save enough money to get her own place. There's no room in that plan for romance. If watching her mother's serial relationship disasters taught her anything, it's that getting attached to a man is a waste of time and a recipe for heartbreak.


When she meets 19-year-old street racer Logan Tanner, a guy as unique and compelling as the '69 Mustang that purrs under his mechanic's hands, her heart beats wildly against the walls she's built around it.
From the moment the notorious playboy's intense, hazel eyes lock with hers, everything in her world slides off-kilter. With every encounter, every touch, and finally, every kiss, Logan slips past all her defenses.
But the moment she stops running from the inevitable, every reason she'd resolved to hold men at arm's length comes crashing down around her in an emotional, complicated--even dangerous--mess. Leaving her to decide if love is worth the hassle, or worth fighting for. 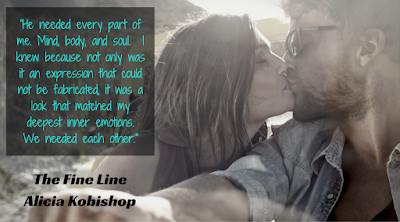 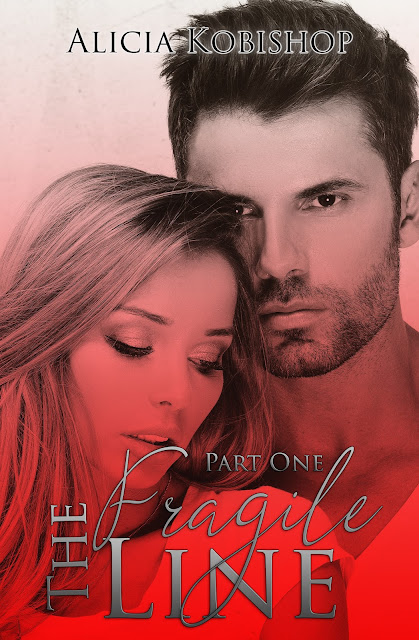 Chloe McCarthy has one rule when it comes to sex: one night, no strings. But for Logan Tanner, she made an exception.


Big mistake.
When he breaks off their ongoing friends-with-benefits arrangement for someone else, reality hits her hard. She’s all alone and plummeting toward rock bottom. Until she runs into the one guy who can always make her smile. Matt Langston—mechanic by day, bouncer by night, ripped-and-tattooed-hot 24/7.
Matt would know that pink-tipped platinum-blonde hair anywhere. It’s Chloe, doing a half-naked walk of shame. He knows she’s no saint. Then again, neither is he—but he’s no douchebag either. Her slumped shoulders and tear-stained cheeks ignite his protective instincts even as his better sense warns him she’s a threat to his no-drama lifestyle.
As their friendship deepens, however, mutual desire reaches the boiling point. Chloe’s body hungers for Matt as a lover—but the last thing she wants is to ruin the best thing that’s ever happened to her with the best sex of her life… 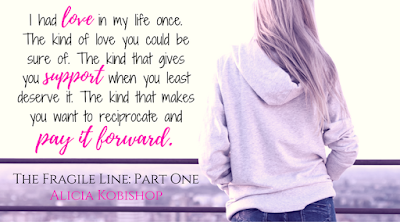 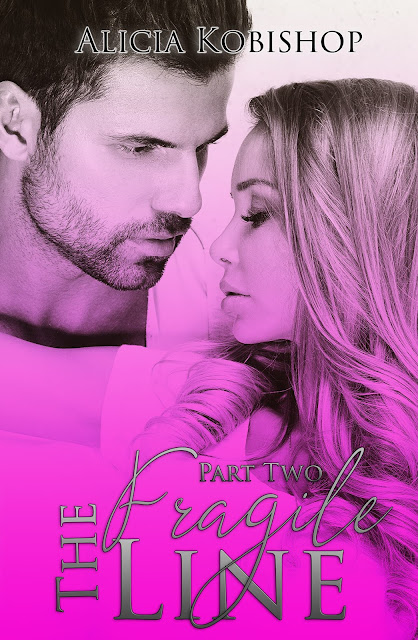 Matt gets the job offer of a lifetime. The only problem? He'd have to leave town just when his connection to Chloe is starting to intensify. He knows what he feels for her is more than just lust. Just like he knows that if he pushes their relationship too far, too fast, it will die before it ever has a chance to begin.


He only has one week to decide between his dream career, and the woman he can't get out of his thoughts.
Chloe knows Matt is hiding something, and she is certain that whatever it is will cause their ultimate demise. In an attempt to delay the inevitable, she asks Matt to hold off on telling her what it is for one night.
A single night to relish in each other.
A night to savor the bond they've formed.
A night to make a memory that they can both look back on after all is said and done.
She's already surrendered to the idea that they don't have a future together. Will one night change her mind? 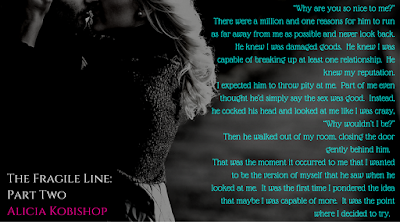 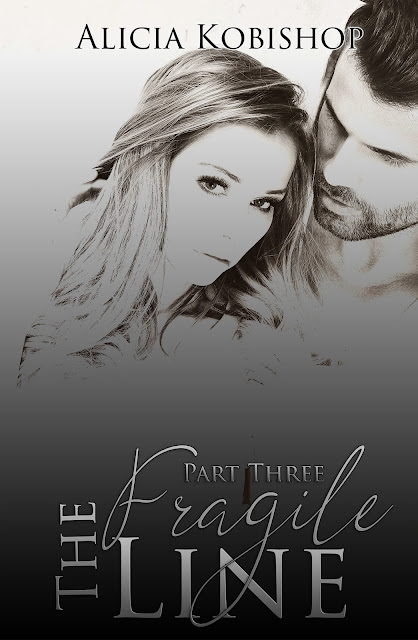 "When love is real, you stop being selfish."


When Logan spoke those words to Chloe months ago, she didn't understand them. But she gets it now. She's in love with Matt and will do anything to make sure he has the life he deserves. After making one of the hardest decisions of her life, Chloe tries to start fresh. She wants to be the person that Matt needs but she's got a long way to go. Change is never easy.
Matt knows the facts when it comes to his relationship with Chloe. The timing sucks. It's all moving way too fast. And they're not ready for it. But he loves her like crazy anyway.


If Chloe and Matt have learned anything from their pasts, it's that love isn't always enough to hold a relationship together. Will the love they have for each other be strong enough to last? 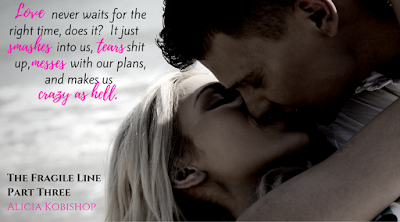 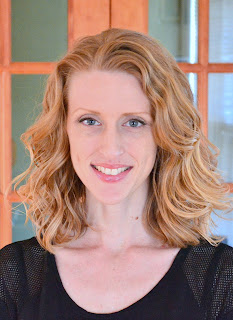 Alicia Kobishop is a contemporary romance writer who lives in Milwaukee, WI, USA with her husband and two children.
Before trying her hand in writing, she worked her way up in the field of administrative healthcare with experiences ranging from working within a large local healthcare organization, to smaller independent physician practices.
In early 2013 her life took a change of course when she re-evaluated her passions in life, and sought out to try many new things. She reclaimed her childhood passion for reading, and after reading tons of fictional novels in a short amount of time, and loving every moment of it, she became absorbed with the idea of taking her experience with books to the next level, and decided to write one. Nine months later, her debut novel, The Fine Line was published.