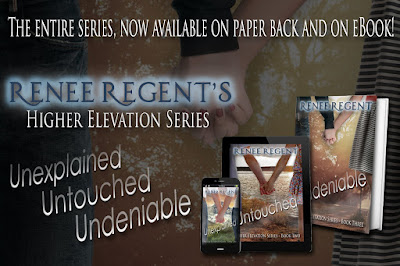 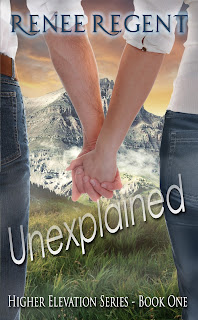 When it comes to love, some things just can’t be explained….
A skeptical reporter who witnesses the unbelievable…
It’s the late 1970’s, and tenacious journalism student Sarah McKenn doesn’t believe the rumors of strange happenings in her small college town of Fort Winston, Colorado. But a supernatural event she experiences while chasing down a story for her school's newspaper leaves her questioning everything. In her quest for understanding, she meets and falls for Chris, the only man she believes can help her unravel the truth.
A psychology student determined to prove his psychic talents are real…
Christian Levine is on the cusp of a bright future as a research psychologist when he agrees to participate in a secret experiment at the request of his mentor. Though it’s the perfect opportunity to prove his psychic abilities, the project turns deadly when Chris discovers the real motivation of the man in control of it all. Chris is forced to choose between his own freedom or saving the lives of his mentor and Sarah─the woman he loves.
A bond that transcends all boundaries…
The chemistry between Sarah and Chris surprises them—a soul-filling passion and a deep psychic connection neither thought possible. Can they discover what their bond means before their lives are ripped apart?

Despite her misgivings, she knew she was falling in love with him and that scared the crap out of her. He was complicated, and was probably leaving the state next year, to go back to New York or wherever his career would take him. She could not afford to be distracted and definitely did not want to have her heart broken. And frankly, this psychic thing between them scared her a little, too. Pulling away from him was the sensible thing to do, and only way she could protect herself. But he kept showing up, and ruining her resolve in the process. She felt his eyes on her while folding her clothes, but he said nothing. When the task was done, she looked up at him, trying to find a way to get him to leave without hurting his feelings. Instead, he pulled her into his arms and kissed her. Well, one kiss won’t hurt, but after that, he has to go. 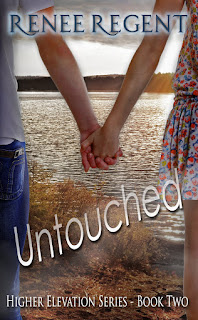 Love isn’t always what it seems to be…..when you are living in the past
When you can’t believe what you see…
In the summer of 1978, photographer Zac Daley is the only one who sees a young woman in the lake, crying for help. When she shows up in his photos, and begins sending him cryptic messages, he must find out why.
When you don’t believe what you’re told…
Amanda Bresky has not given up on Zac, even though her parents have forbidden her to see him. They can’t see past his long hair and hippie clothes, and even Zac himself has told her they aren’t a good match. He wants no part of a relationship, and thinks they should just remain friends. But she is determined to break through to his heart, whatever it takes.
When the truth is buried in the past…
Zac’s interest in the mysterious girl in the lake becomes an obsession when she appears, demanding he deliver a message for her. With Amanda’s help, he sets out to solve the mystery, but at a cost neither of them could foresee. Haunted by his own past, Zac is determined to leave Fort Winston, Colorado as soon as possible─but a wayward ghost and a certain hot-blooded redhead are tempting him to stay.

His hands roamed her body, feeling every curve. He wanted to absorb her into his skin, become one with her. Touching her was not enough. He couldn’t find the usual words of protest, did not have the willpower to push her away this time. He knew she wanted to be his, and he wanted to be hers. Logic and reason had no place here, and for the first time, he knew it was meant to be. She pulled away, her lips swollen and reddish-pink. “Please Zac, let me stay this time. Don’t push me away.” He responded by flipping her over, onto her back. He laced his hands in hers. “I won’t. I’ll never send you away again.” And then he kissed her, pouring his overflowing feelings into every touch. It was as though a damn had burst, and he surprised himself with how deeply he felt it. But for now, he only wanted to make exquisite love to her, so no matter what happened later, she would never forget him, her first lover. 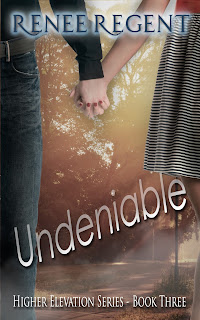 Can an undeniable bond transcend time and distance?
When the past seems brighter than the future…
It’s 1986─seven years since Christian Levine last heard from his lost love, Sarah McKenn. When an opportunity arises to leave his crumbling life in California and return to Fort Winston, Colorado, he hopes to rekindle more than memories. If he can find Sarah again, he plans to prove to her their psychic soul connection was more than just a phase two college kids went through.
When the future will save you from your past…


Sarah McKenn is about to leave Fort Winston, moving to Sedona, Arizona for a career opportunity she can’t pass up. She and her daughter Sophie are looking forward to their new adventure, but when two men come back into Sarah’s life at the same time, she has to decide whether to face the secrets of her past, or embrace her future and never look back.
When your life is no longer your own….
Sarah knows she must do what is best for her daughter, but can she ignore the explosive chemistry and weird psychic connection she still has with Chris? Or will her unresolved past destroy her chance for love, and a new life?

He pulled her to him, devouring her mouth with his own. Words still weren’t enough, and he needed her like a drug. Her arms came around his neck, and she kissed him back, making a small sound of desire. His arousal became evident and he pressed against her, backing her up against the counter. Her fingers were entwined in his hair. She pulled him to her hard, and he felt her teeth against his tongue. His need for her was crashing over him in tidal-wave fashion, but somewhere in his mind he knew he had to stop. She pulled her lips away from his, her breath ragged.


“We have to stop. Sophie…”
He was kissing his way down her neck. “I know…God, Sarah, I can’t take it much longer...I need you.”
Pushing on his chest with her hands, she brought him back to cold reality. She slipped away from him just as Sophie returned to the kitchen.
“Mamma, can I watch cartoons?”
As she followed her daughter into the other room, he stood there in the kitchen, still breathing hard. The heat between his legs was dissipating, his heart returning to a normal beat. The craving, the need…that wasn’t going away anytime soon, if ever. 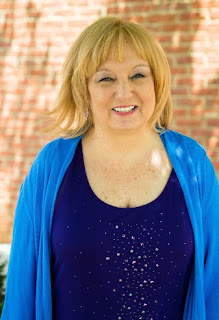 A lifelong entrepreneur, Renee Regent spent most of her life writing for business. But she never lost her love of writing stories, especially romance, science fiction, and fantasy. She’s always been fascinated with the science of how the universe works, but equally entranced by the unexplained. Being an incurable romantic, she now writes stories about the power of love, with a supernatural twist. Her stories feature psychics, witches, ghosts and ordinary people who do extraordinary things.
Renee, a California native, lives in Atlanta with her husband, three cats and four turtles. When not working or writing, she can be found sitting on her deck enjoying nature. Wine may or may not be involved….
A member of Georgia Romance Writers and the Georgia Writer’s Association, Renee also loves blogging and sharing her ideas on the business side of being an author, trends in fiction, and tips she has learned in her writing journey.