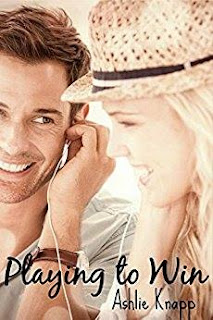 Callie had to beg her dad to let her work as a cheerleader so she can help him pay her tuition to college. Callie had to have Nico throw out a man that wouldn't stop grabbing her. She has her mind set to not dating another athlete. While she was talking to her dad on the way to her car. What she didn't expect was while she was digging for her keys that she would run into anyone, let alone Kyle Kelly. She agreed to play horse with him and to his terms if he won. She never thought that he was going to show up at her apartment on the same night to help her study.