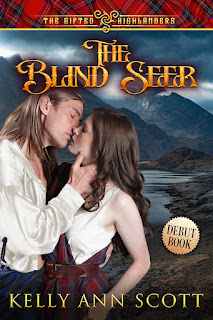 When a problem becomes a solution
Chieftain Alexander Mackenzie swore to hide his seer curse, taking a vow of celibacy to that end. He also learned—the hard way—to heed his premonitions, even if they’re unclear. For instance, foreseeing his clan’s victory in battle leaves him wondering how clan Fraser will side with his people then. That is, until a spirited Fraser lass stumbles onto his path—time and again.
When stakes run high, and options run out
Marjorie Fraser struggles to avoid a marriage riddled with dire consequences. While escaping the unwanted union, she becomes entangled in the alliance plots of her family’s bitter enemy. Cornered, she proposes to marry him—with a few conditions.
Lonely souls craft their future, or they doom it
Alexander and Marjorie’s union is logical and their feelings have no part in it—until their passion flares. But outside wars and inner feuds threaten to shatter them. Worst of all, after misreading a vision, will Alexander choose his people, or his heart?

“We’re only passing, sir,” Fergus said peacefully, disadvantaged against the mounted men. “We travel to Inverness’s harbour. These ladies will soon sail to a Lowlands convent.”

“You might be a few hours from Inverness, but you will not make it there.” Alexander turned to the women. “Where is Nell?”

Marjorie hesitated, yet chose to fake a misunderstanding. “Who?”

“Your sister. A band of MacDonalds will capture you two soon, at your chieftain’s order.”

“Liar!” Fergus shook a fist at him.

“You need proof? You shall have it.” Alexander sheathed his sword onto his shoulder baldric, dismounted, and fished from his sporran a folded piece of paper.

“What manner of trickery is this?” Fergus growled.

“You are right to call it trickery, but we are not doing the tricking. I shall let you read this, but not touch it. You will not destroy the evidence of Daegan Fraser’s deception.”

“I can.” Marjorie quivered under the weight of several inquisitive gazes, Mackenzies and Frasers alike.

“A feat for a blacksmith’s ward.” Alexander approached the cart and stretched out a hand. “Fine. But your gaze shall be the sole thing touching this letter. Come down.”

Alexander frowned. “Who is this? And you still have not told me where Nell is.”

Marjorie inhaled and braced herself for the mocking looks they received whenever her sibling encountered strangers. “’Tis my sister, Nell.”

Alexander’s two-tone green gaze widened, but no disdain marred his handsome features. Luckily, he did not press the matter either. “Take my hand and come down.”

Marjorie obeyed. Once they were levelled, he roughly twirled her around. She squealed as he trapped her between his body and the cart. She wanted to protest the intimate position. But when he placed his arms on both sides of her, holding the missive on the floorboards to prevent her from snatching it, any objection faded on her lips. 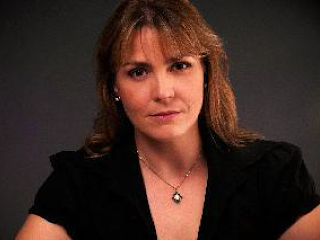 Kelly Ann’s passport is Canadian, yet her spiritual home is in Scotland. That’s where her soul was born. And that’s only one of the many dualities that makes her a walking contradiction.
She was a member of the Canadian Armed Forces for thirteen years, but she’s a peaceful person who loves nothing more than a romance novel. Couldn’t love be the answer to wars?
Her Maternal language is French, but as she reads mostly in English, she writes in that language. Moreover, it allows her to help other authors if they need snippets from la langue de l’amour.
She teaches pre-hospital care to adults and take the endeavour seriously, but she can be a clown when relaxing—or when teaching; her andragogy style requires some acting skills!
She dislikes the sight of blood and the concept of suffering, but she’s faced with it often since she’s a medical responder for her municipality’s fire department. She also doesn’t mind putting her characters straight into epic physical battles.
There are many other contradictions about her but to know them all, you would need to ask her wonderful husband, William. Hem…. On second thought, do NOT ask him; she’s afraid of what he might tell you!
Joining two specifics, different parts of her character led her to her writing career:
The warrior side of her saw Bosnia Herzegovina’s civil war, fights MS every day, trains hard to stay fit and defies conventions by working in predominantly male environments, either in the fire department where she responds to emergency calls of in the Maritime fields where she teaches.
The poet facet of her dreams of glens and lochs, imagines falcons hunting on desolate moors, devises settings where sea breeze flows and mist lingers, ponders on a time when loyalty was inbred in you, and revels in childhood memories of a beloved father who adored history, Scotland and Ireland. Merci papa, for transmitting that love to me.
Historical romance is her favourite genre so she joined RWA (Romance Writers of America) in 2014 and HHRW (Hearts Through History Romance Writers) shortly after. Her first book, The Blind Seer, finaled in two contests; HHRW’s Romance Through The Ages, and Indiana Romance Writers’ Indiana Golden Opportunity.
Her stories and characters spring from the British Isles in the Medieval era, she loves to ask herself: “What if that historical event happened due to ________?” She then fills in the blank! 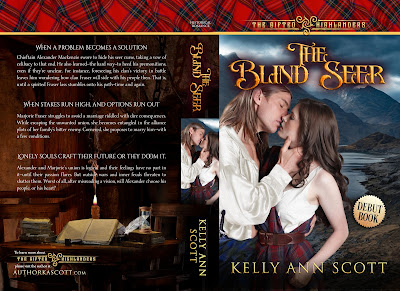