When It Was Us by Larissa Weatherall 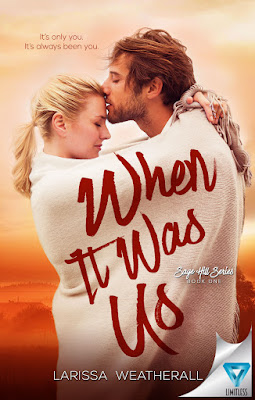 Betrayal tore her world apart. Now Anna is back in her hometown hoping she might be able to pick up the pieces.


Anna is determined to get her life back together—to not let the disappointment of a failed marriage define her. That is, until the first man to ever break her heart steps in and throws her new plans for an independent future off course.


Drew pushed Anna away in a moment of panic, and he’s lived with the regret since the day he watched her marry another man. Now he wants her back, and he’ll go to any length to prove he never stopped loving her.
But ten years is a long time, and nothing is as simple as it was back then.


Not only does Anna still carry the scar Drew left behind all those years ago, she also hides a secret that threatens to destroy their last hope to find happily ever after. 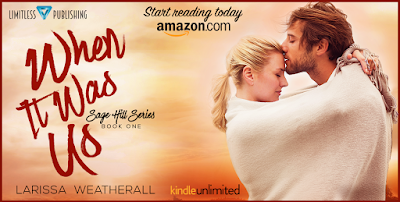 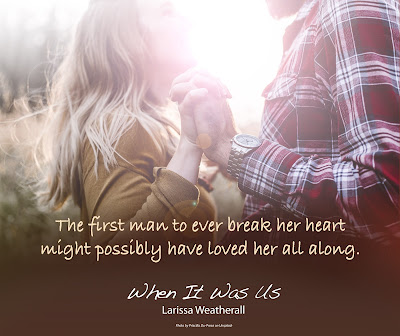 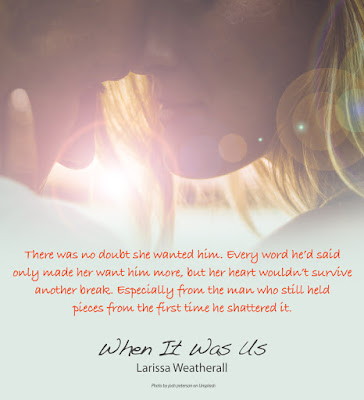 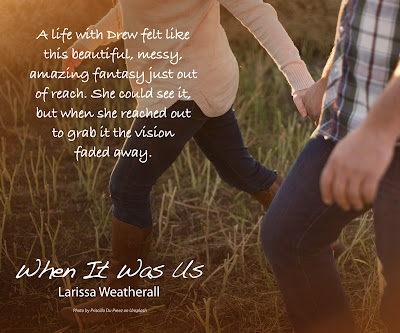 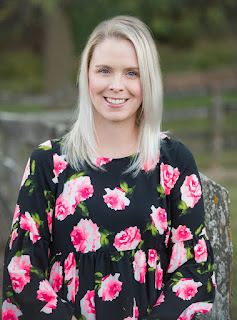 Larissa Weatherall is a born and raised southern girl who currently lives in the “big city” to the north with her flyboy husband and two adorable little handfuls. From the first moment she watched Cinderella and Prince Charming kiss and ride away at the end of the movie, she’s been obsessed with happily ever after.
Larissa is a sucker for stories that shred her heart then heal it when love conquers all in the end. When she’s not writing all the swoony, southern heroes, Larissa enjoys spending time with her family and friends and the occasional hour she can soak up the sun on her back porch with a book. 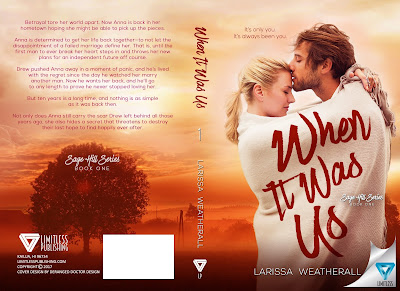