Chase and Capture by Hurri Cosmo

It had been Tanner’s goal to make sure Camden didn’t waste another birthday all alone. Yep, his good buddy from college was hell bent on getting Camden “some action” as he put it. In fact, the idiot set up an entire weekend get-away on a private remote island where a group of men, including him, would be playing a very sexy game of chase and capture. Happy Birthday, Camden! Oh yes, it promised to be quite the game. An adult twist on "Capture the Flag". Very adult. Especially when it came to what the "flag" actually was and where it went. The fun, very adult part? You still needed to capture your opponent's flag to win. However, Camden had immediately ended up the prey and that big, sexy, dark haired, muscle bound, relentless god of a man, Gunner, was the hunter. And he was closing in. Shouldn’t it be the other way around since this was supposed to be Camden's birthday present? Well, it didn’t matter. There were going to be three rounds of this game. And it appeared like this round Camden was going down before he even reached the first check point. Yep. Going down on all fours, stripped, flag confiscated and – well – let’s just say he would be screwed. Oh yes, well screwed. So... what was the down side of losing again? 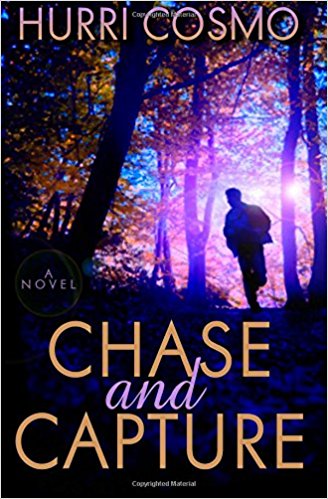 “So, Tanner told me you had a nasty breakup with your last…lover.”


Camden choked and nearly spit his coffee right back out. “Tanner has a big mouth,” he growled, wiping his mouth and setting his cup down.
Gunner laughed as he glanced around tentatively. “That surprises you?”
Camden sighed. “No.”
“So what happened?”
Camden moaned. Crap, that idiot of a so-called friend. What the hell was he trying to do? If this was his way of getting Camden laid it wasn’t any kind of right path to take. Keep emotions and shit out of it. But he decided to answer the question anyway. He would just have to try harder to keep his heart safe. This was nothing but a diversion for all of them. No one was going home engaged to be married.
“Keith was his name. And I simply figured out the guy was nuts, that’s all.” Camden took a long sip from the coffee cup, relishing the heat and the knowledge that sweet caffeine was making its way to his veins.
“Nuts?”
Camden eyed Gunner as he watched him peer around the room. “What are you doing? Picking out targets?” For some reason it irritated him that Gunner just might be sizing up the other men in the room, because Camden hadn’t missed how they were certainly sizing him up. This god he sat with was want for nothing, and each and every one of them had to know that by now. They acted like schoolgirls, giggling behind their hands and all but pointing.
“Just making sure—how did you put it again—nerd face—isn’t lurking around anywhere.”
Camden had to laugh. “What? Why?”
Gunner’s beautiful blue eyes came back to rest on Camden’s face. “If he comes, and he will, he’ll sit here and we’ll have to stop talking. I don’t want him to overhear anything you and I talk about.”
It was so matter of fact, so genuine, Camden’s heart leaped. Then he saw Gunner smile. If he hadn’t already been tumbling down that steep hill into the bottomless ravine, that smile would have surly sent him there.
“So how nuts we talking? Babbling idiot or evil doer?”
Camden had to laugh again, because it took him a second to come back to the original question. “You mean Keith? Probably babbling, I guess. Actually, he just…he constantly thought I was cheating on him. Drove me crazy.”
“Were you?”
“What? Cheating? Hell, no! I don’t do things like that. But it never stopped him from thinking it and grilling me day in and day out about it. ‘Where’d you go for lunch? With who? Who else did you see?’ He even hacked into my email to be able to read everything coming in and going out. It wasn’t so bad when it was my personal email, but somehow he was able to get into the one at work, too. I never had anything to hide, but it was still an invasion. Not to mention the fact he obviously didn’t trust me.”
“Geez. The guys was a fruit loop.”
“That’s not the half of it. Once he even hid out in the bushes outside where I work and watched me with binoculars. Some old lady saw him and called the cops and the next thing I know I get called into the office and given a warning letter like I had something to do with it. They eventually rescinded the letter, but it was fucking embarrassing to find out you’re being stalked by your own boyfriend.”
“That when you ended it?”
“I wish. No. He claimed to have had a bad reaction to some pain meds he was on at the time. He had hurt his back and was off work and was taking Vicodin and he swore the drugs were making him loopy. No, I waited until a year ago today—yep, you got it, on my birthday—to come home to every piece of glass I owned broken and lying all over my apartment. Keith was yelling and screaming obscenities while being pushed up against the wall in a police headlock, all the while my next door neighbor, Mrs. Erickson, was wagging her finger at me telling me I’m going to hell because of being gay.” He took another large sip of coffee. “Then, while I’m cleaning up the mess after the police took Keith away, my landlord shows up with eviction papers. Happy birthday to me.” 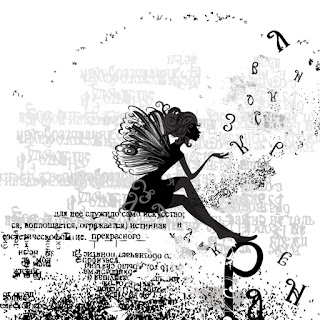 I live in Minnesota where I hold tight to the idea that here, where it’s cold a good part of the year, I won’t age as fast. Yep, I avoid the truth as much as I avoid mirrors. But one of the reasons I love writing is reality doesn’t always offer up a “happily ever after” and being able to take control of that is a powerful lure. Being a happy ending junkie, writing just makes them easier to find. Oh, I don’t mind “real life” and I do try to at least keep it in mind when I write my stories, but I truly love creating a wonderful couple, knowing they will fall in love and have their HEA. Every - single - time. And, of course, that is exactly the reason I love reading this genre, too. Give me a glass of red wine, some dark chocolate, and my computer, whether I am reading or writing, and I will entertain herself for hours. The fact I actually get paid to do it is Snickers bars on the frosting on the cake.