Of Smoke & Cinnamon: A Christmas Story by Ace Gray 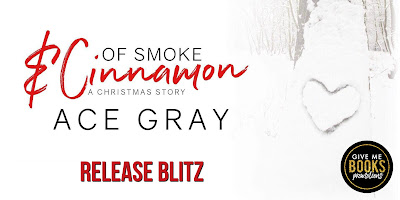 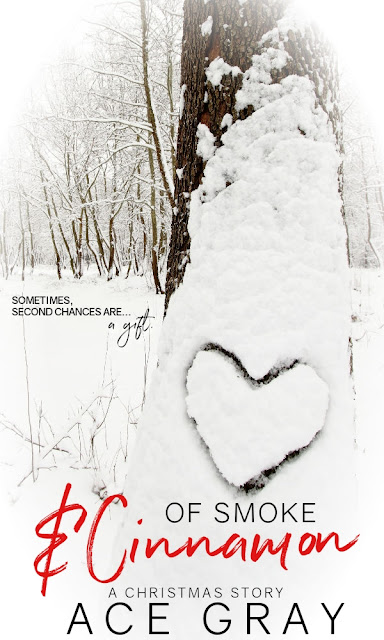 Camilla Collins hasn't gone home in thirteen years. As much as she loves her family, their tiny hometown in the folds of the Colorado mountains holds too many memories. Memories of a life barely lived and a love barely realized. No matter how she thrives, AJ Jenkins is the man she compares all others too. He just so happens to be the one that broke her heart. Seeing him, seeing the life she might have had with him, has been a very convincing reason to celebrate the holidays in the Pacific Northwest, happy in the rain instead of the snow.

AJ Jenkins isn't exactly bitter and frigid. It's the below freezing temperatures, the knee deep snow, and the death of his chronically ill father dragging him down. That is until Cam Collins finally comes home for Christmas. After thirteen years, he'd almost given up on seeing her. And was incredibly happy about it. But thirteen is unlucky for a reason, and apparently that reason is still a klutzy, gorgeous, living memory determined to poke holes in his barely hanging on heart with death defying stilettos. 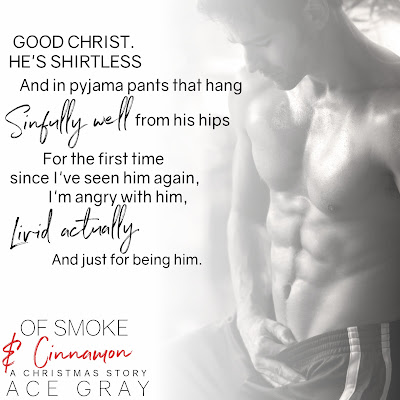 Camilla is finally returning home after leaving her small town for bigger things and after having her heart broken by her then boyfriend AJ.  AJ has never left, preferring the comfort of small town living.  When Camilla literally falls back into town, his heart is once again at risk.

Camilla is self-assured, confident, independent and a successful business woman but back home she is so much less certain and her clumsiness becomes the dominant part of her character.  AJ has never really gotten over Camilla and she still holds his heart:  a heart that has been closed off since she left.  Their time together is limited as AJ loves small town living, whilst Camilla's business is big city based.

This book very much plays on the senses with its exquisite tastes, smells and textures.  I very much enjoyed being wrapped in the warm embrace of this story on a cold winter's day.

99c for a limited time 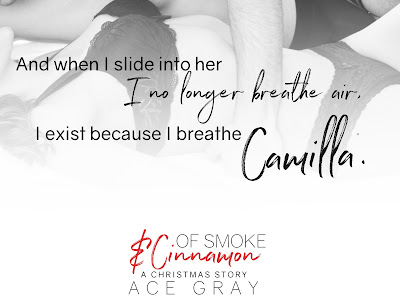 Barely behind me, Cam is bent over the pool table, angling at a difficult shot. Those painted on jeans accentuate curves I don’t remember her having. Curves I want to paw. Then there’s the mysterious tattoo. It cuts across cream colored skin and I want to lick it—lick her—despite everything between us.

To make matters worse, she makes the near-impossible shot. The Cam Collins I know is three things: uncoordinated, callous and the world’s worst pool player. I’d had to help her with every shot she ever took, my body wrapped completely around hers, my hands guiding her every movement. Almost every time she’d look over at me rather than the ball.

But she’s well on her way to running the table.

How long has she had these skills? Did she develop them because I wasn’t there? My heart twists at the thought.

Or, worse, could she always do this, her mind so accustomed to angles and trajectories, but wanted my hands on her?

I don’t know why I’ve thought of the possibility, but it’s the most dangerous one yet because it sucks me back to that warm summer night when we’d played the best game of pool of my life. I’d helped her with each shot. She’d wiggled her ass up against my crotch too many times to count. Just when I thought I was going to have to take her home then jerk off, she’d grabbed my hand and pulled me out to the 13th green behind Molly Merithew’s house.

Crickets chirped, punctuating her labored breathing. There was the slightest warm breeze tickling my skin. I never asked if it was the breeze or me that peaked her nipples when she shimmied out of her white eyelet linen top. I couldn’t really ask anything as Cam stripped naked behind the willow trees and let me have her for the first time, bathed in moonlight. When we snuggled under the stars she wore nothing but my flannel.

I never got that shirt back. I’d sworn off anything remotely related to vanilla, too—that’s what Cam tasted like.

That’s what the hidden taste in the bourbon was. 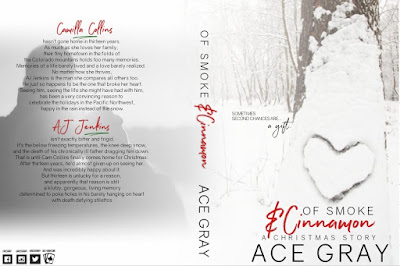 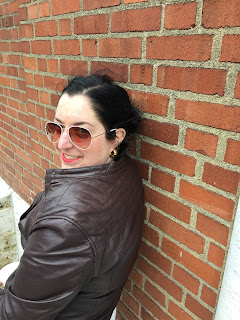 Ace Gray is a self-proclaimed troublemaker and connoisseur of both the good life and fairy tales. After a life-long love affair with books, she undertook writing the novel she wanted to read, which culminated in her first release STRICTLY BUSINESS and followed with, well, quite a few more. When she’s not writing, she works in craft beer. Originally a small town, Colorado girl, she now loves rainy days, shellac manicures, coffee shops and bourbon—all of which are bountiful in her adopted home of Portland, OR where she runs amok with her chef husband and husky pup.