The Damned by Candy Crum and Michael Anderle

-- A dark smile crossed her face as she stalked closer. "I told you I'd come back for you. I imagine you now have a pretty good idea of what death looks like. You're staring right at her." -- Arryn is doing all she can to prepare for the war to come, including paying a visit to an old friend. As the time for war draws nearer, Arryn learns just to what lengths her family and friends will go to in order to fight for her. And she can't let them down. The war for the Dark Forest is on, and Arryn is doing what she does best--dealing out justice.
With her friends both old and new at her side and her familiars at her back, she plans to rain hell down on the dark druids for all they've done. 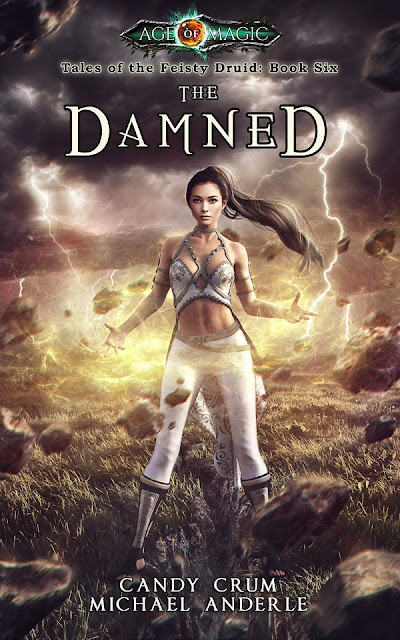 Prologue On the ground, among charred grass, plants, and trees that still smoldered and cracked with the intense damage that had been done to them, laid a young woman. She didn't move, didn't breathe, and she was face down, with blood pouring from her ears and down her face. Just outside of her immediate area, lying amongst the damage, were several others. Some of them were dead, their bodies mangled and blown apart, while others were much like the young woman: just outside of what had been the area of greatest impact, unconscious, but near death. Her eyes shot open, and a deep breath painfully filling her lungs. A scream bubbled up in her chest, but her broken ribs wouldn't allow her to call out as she continued to gasp for air, tears coming to her eyes. Slowly, she stood on shaky legs, clutching at her side as she leaned against a tree and looked around the area with blurry eyes. The light that shined through what was left of the canopy blinded her, and there was an intense ringing in her ears. Everything else sounded muffled in comparison, like she had a thick pillow over her ears while trying to listen. She could hear the faint crackles of the trees that were still on fire echoing through her impaired ears, but something else made its way to her. Was that crying? Somehow, she felt curious, but didn’t care much past that. It was only a faint sound, but she just couldn’t make it out. It seemed foreign to her right then. Letting it go, the woman turned herself around, her eyes taking in the sights around her. There was smoke slightly wafting into the area. It wasn't enough to choke her, but she certainly felt the dryness in her throat and nose with every painful breath. There were bodies all over, but she didn't recognize any of them. 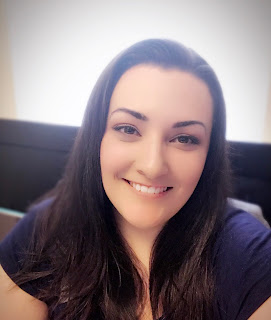 Candy Crum is a multi-genre author whose work ranges from YA to more adult titles. She is the author of the Eternal Series and all the books in the ESU (Eternal Series Universe) - including The Eternal Series, Time of Death Series, and the Memoirs of an Egyptian Goddess Series.
Candy lives with her two children and very chubby black cat, Korra. If you'd like to check Candy out further, please go to her website - candycrumbooks.com. There you'll find links, news, and even more fun stuff.