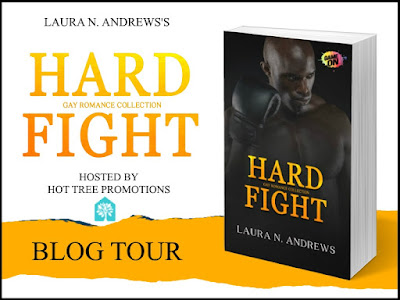 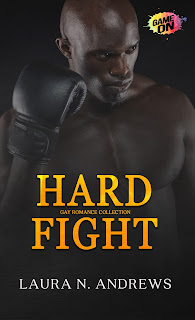 Out and proud Riley Anderson is dancing the night away at a private gay club when he first notices him. Dark, broad, and with muscles to drool over, it turns out he is UFC MMA fighter Craig “The Lion” Johnson. Passion quickly flares and neither can fight the chemistry between them.

After a couple of false starts, Riley and Craig set out to try this thing called dating for real, but clashes are imminent. Too many lifestyle differences make their relationship difficult, but for Riley, it’s hard to be kept hidden.

Can he endure being a secret lover? Or will Craig put aside his fears of losing his career and decide what is really worth fighting for? 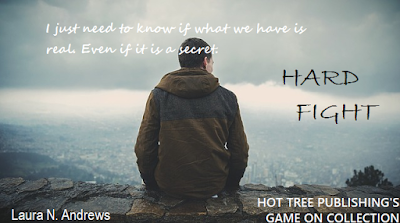 Craig and Riley couldn't be more opposite in their physical appearances.  Craig is an MMA fighter whilst Riley is a geeky paralegal.  The differences between them don't stop there with Craig more comfortable jumping from bed to bed than in a relationship whilst Riley doesn't do one night stands, preferring actual relationships.  Craig is still hiding his sexuality from those around him whilst Riley is open about himself and his sexuality.  All of these differences come together to cause tension and misunderstandings between the two men.

I didn't feel as connected to these characters as I have with others created by Laura N. Andrews.  Craig's aloofness and quiet demeanour meant it was difficult to fully get to know him as a character.

It was still a read I enjoyed and I found the contrast between the characters really interesting and it was these that hooked me into this book.

Get your “Game On!” These steamy 30,000 - 50,000-word novellas are filled with sexy athletes to drool over. Not only do the Game On stories offer heat, but the swoon-worthy men and HEAs will leave M/M romance lovers 100% satisfied. 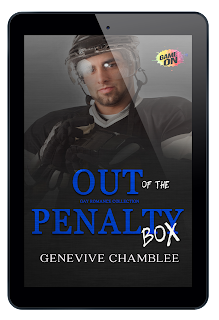 TWO MINUTES IN THE BOX OR A LIFETIME OUT?

Hockey player Aidan Lefèvre’s professional and personal life is on ice. Recovering from an injury and traded to a new team, Aidan is attempting to prove his viability to his coaches, fans, and teammates. Just when he believes he’s succeeded, another accident during the playoffs threatens to unravel all of his progress.

Having relocated away from family and friends, Aidan turns to his extroverted team captain, Christophe Fontenot, whose jovial nature lifts everyone’s spirits. But when Aidan discovers his attraction for Christophe changes the meaning of “body checking,” Aidan questions more than his hockey skills. 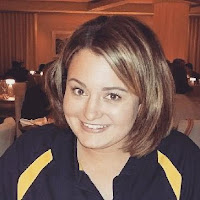 Canadian born Laura N. Andrews moved to Australia when she was three years old. When she finished high school, she successfully completed her studies in law enforcement. Since then, she's been working for over five years as a pharmacy assistant. When she's not working or spending time with family and friends, you can find her either curled up with a book or writing one of her own.