Rob Daniels is determined to prove to himself that his brother Alex got it wrong. Alex believes he found love through BDSM; Rob is certain that’s not possible. He even makes several visits to a London club to prove his point. But when he attends the grand opening of Secrets, Rob gets a shock, one that has him fleeing, vowing never to return—until he does… and runs into the brick wall that is Dom Vic Prentiss. As first meetings go, theirs is a disaster.
The more time he spends around Rob, the more convinced Vic becomes of two things—one, something is eating away at Rob, and two, he’s looking for something. Every instinct tells Vic to help him, but trying to unlock the secrets hidden in Rob’s mind requires a key. All Vic has to do is find it. Because maybe then he’ll get to see the real Rob, the man who’s scared to let go…. 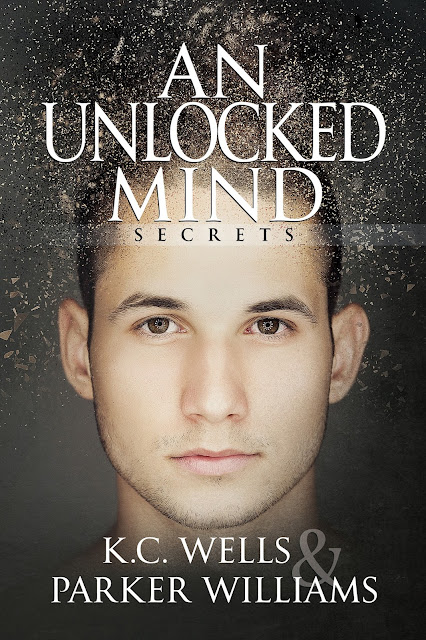 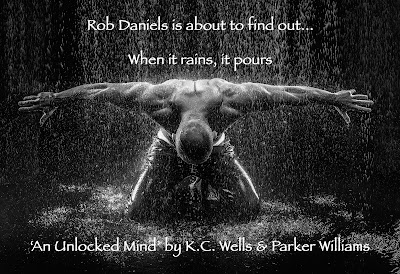 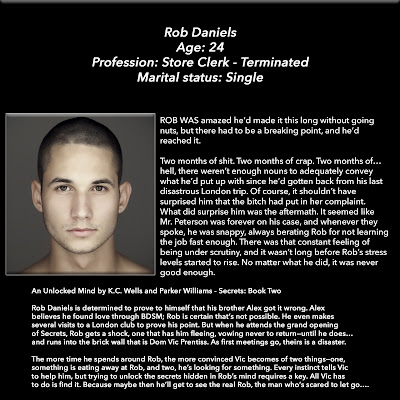 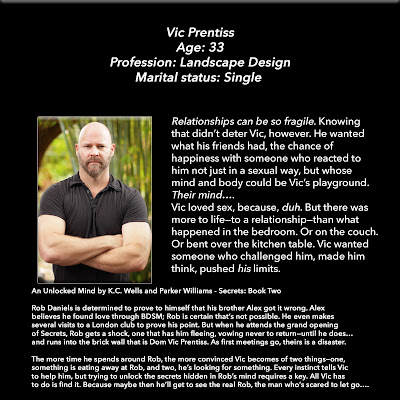 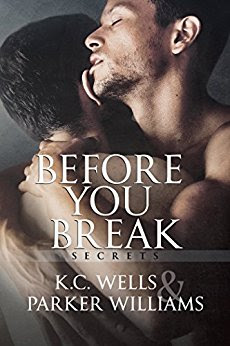 K.C. Wells started writing in 2012, although the idea of writing a novel had been in her head since she was a child. But after reading that first gay romance in 2009, she was hooked.
She now writes full time, and the line of men in her head, clamouring to tell their story, is getting longer and longer. If the frequent visits by plot bunnies are anything to go by, that’s not about to change anytime soon.
Dreamspinner Press

Parker Williams believes that true love exists, but it always comes with a price. No happily ever after can ever be had without work, sweat, and tears that come with melding lives together.