The Story of a Baron by Linda Rae Sande

The Story of a Baron
by Linda Rae Sande
Genre: Historical Romance 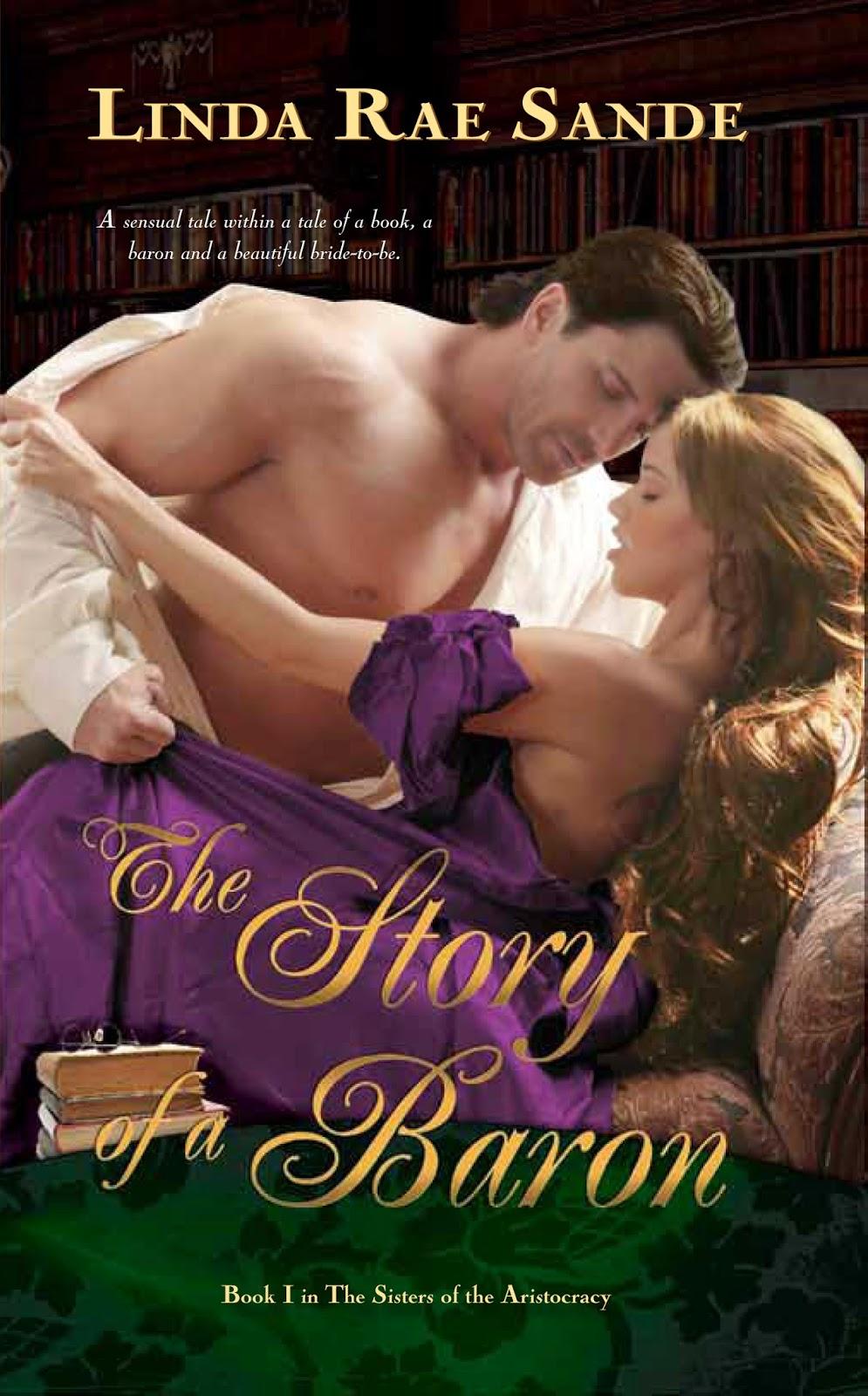 
What will she discover when she reads between the lines?

Jeffrey Althorpe is in need of more income for the struggling Sommers barony. As a peer of the realm, he’s not allowed to work, but if he’s able to earn money from a book he’s written – anonymously, of course - no one will be the wiser. A dowry would be easier, but then he would have to find a wife willing to marry a baron.

While her brother, the Earl of Everly, is away on one of his lengthy expeditions, Lady Evangeline is left behind in London to spend her days creating exquisite embroideries and reading books. She's about to buy The Story of a Baron at The Temple of Muses when Lord Sommers suddenly appears. He’s intent on buying the very same book, but there's only the one copy.

Desperate to discover what changes his publisher might have made to his story - without letting on he’s the author - Jeffrey suggests they read it together. Evangeline's sterling reputation could use a bit of scandal, she decides, and so she agrees to Lord Sommer's proposal.

As the two read The Story a Baron, Evangeline realizes some of the characters and settings are just a bit too familiar. And a bit too close to home. Was she the inspiration for the baron’s secret love, a bold, brash woman whose reputation is in tatters?

With her own reputation suddenly in question, Evangeline finds her life imitating art. How can the book have a happy ending when she wishes she’d never purchased The Story of a Baron?

I recall regencies from years ago where there were lots of ladies and lords, uptight dresses and formal parties, with very little hand holding, or anything equally as racy. Those ideas are still firmly entrenched in this regency romance but there’s also a fresh wind blowing through the stuffy sitting rooms of yester year. Or at least there is in this lighthearted romp through English dance halls and bookstores. It’s been awhile since I picked up a historical romance from that era and this one proved to be a great re-introduction.

Set in the early 1800’s of proper English society, Lady Evangeline Tennison is feeling the pressure of her advanced age. Shockingly, she is in her twenties and not married! With her brother off on adventure after adventure, marriage prospects are not helped by her absent chaperone and champion. While Eva’s adventures lean more towards new book day at the local bookstore (some things never change) she is delighted to bump into Lord Sommers, Jeffrey Althorpe, on her most recent excursion. Tussling over the lone copy of a new book, they agree to share and arrange a series of meetings to read together. A simple premise made ever so intriguing as the words they read together come to life, mirroring the couple’s own experiences.

The voices in this first book of a new series reveal that social norms may have been rigid but men and women had the same thoughts and desires regardless of what it says on the calendar. What hasn’t changed though is the love and use of language in books describing this era. While there is definitely a lot of talking, and I do mean a lot, words are used as a loving caress when a touch or a hug would be considered scandalous. What wouldn’t probably be worthy of a mention in a modern novel takes up sentences if not paragraphs here.

“Ah, but you were sitting thigh to thigh, right out in public, for anyone to see…”
“It was rather exciting at first,” she acknowledged, “But nothing to write to my brother about,”…
What is new though is how these very prim conversations share the pages of other, less regent, thoughts.
“Still covered by the bodice of her gown, her breast seemed to swell as his lips lowered onto her engorged…”

Yes, there is definitely a lot more of that than I ever remember in a Barbara Cartland of old. An intense attraction along with a less then rigid adherence to society rules and you have a fun romance, no matter what the century.


From book production and technical writing to research and romance
A self-described nerd and lover of science, Linda Rae spent many years as a published technicalwriter specializing in 3D graphics workstations, software and 3D animation (her movie credits include SHREK and SHREK 2). An interest in genealogy led to years of research on the Regency era and a desire to write fiction based in that time.
Now running the front office of a busy print shop, she's developed an appreciation for pretty papers and spends time using them in her scrapbooks. She can frequently be found at the local cinema enjoying the latest movie. During the winter, she hosts several junior hockey players, and an indeterminate number of tropical fish live with her year-round. She makes her home in Cody, Wyoming.