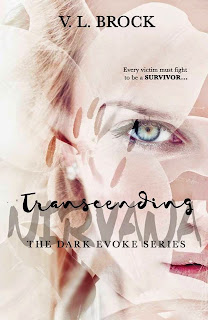 ***DUE TO THE DARK CONTENT OF THIS STORY, IT IS ONLY RECOMMENDED TO READERS OVER THE AGE OF 18***

Con·trol:
tr.v. con·trolled, con·trol·ling, con·trols
Noun
1. The power to influence or direct people's behaviour or the course of events.
2. To hold in restraint.
Survivor:
sur·vive
v. sur·vived, sur·viv·ing, sur·vives
v.intr.
1. To remain alive or in existence.
2. To carry on despite hardships or trauma.
Kady Jenson was a fighter.
For four days, she fought through the darkness of her unconscious, and for weeks she fought for answers as to why her long-term boyfriend was more of a stranger, while she felt so connected to the Irish stranger at her hospital bedside.
The apprehension, fear, anxiety, scars she had no memories of gaining and an unfamiliar passion which spawned each time she was in close proximity to the stranger, provided a wake-up call.
Receiving something she secretly craved helped regain the memories of the 3 years she had lost...and nothing could prepare her for the gut-wrenching truth.
Kady discovered she had gone from fighter to victim at the hands and manipulation of the one person she truly loved - The one person who was supposed to love and cherish her.
Beatings, emotional cruelty and mental torture were an everyday occurrence.
This was her life...
Now, she's back and so are her memories. With Irish at her side to protect her and maintain any residual fight she has left, can she finally break free of Liam's hold?
What remained left of the fighter, fought to discover that she, at the lowest point of her life, was a victim.
Now she must continue to battle against the darkness before she can call herself A SURVIVOR. 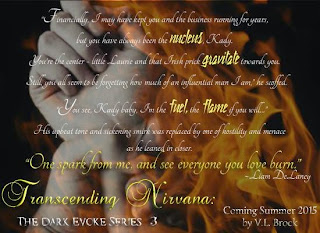 When my fingertips grazed over the stripe along his ribs, he shuddered and inhaled loudly. By the time I moved to the ones on his torso he was barely reacting to my touch.
It was when I lifted my inspecting gaze from my roaming hand and looked him in the eye that I sensed his dread. He knew where I was going to next. My heart was constricting at not only seeing the look of unadulterated disgust, pain and shame in his eyes, but sensing how great that perception of himself was.
This six foot, tattooed, muscular Irishman was physically shaking, his muscles and jaw clenching to painful proportions. The mere fact that he remained standing in front of me was enough to stun me. He looked ready to cave and drop to his knees.
Still, when I softly traced around the leather-like scalded, discolored flesh, his breathing was frantic, his eyes screwing tightly as though willing me away. This I was used to. This wasn’t the first time he allowed me to touch it, but I wanted him to show me, to prove to me that his body was mine also. I’d lived treading on eggshells for far too long. I wasn’t going to continue walking on them because of his inability to allow me in, and placing barriers between us, regardless of how painful.
Eyes closed tightly, his face contorted while I held my breath. I silently inched closer to the area. My lips narrowly managed to make a featherlike contact against it, when his eyes sprang open as he gasped, pushing me away. 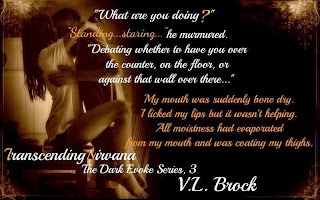 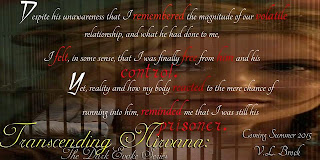 Author Bio:
Raised in a creative family, witnessing one another expressing themselves through creativity, albeit musically or through a form of literature, it was only a matter of time before my passion for devising characters and their unique stories in their own world, began to form and grow. From there the seed was sown and flourished into a young girls dream.
Throughout the years I have often toyed with the idea of pursuing this path, yet unknowing where to begin. There are so many routes in this day and age to help get from A to B, that the dream was both tangible and terrifying. So with that, and after a few months of kicking myself into gear thanks to a certain someone, I decided to self-publish, and that decision was most probably one of the best decisions I have ever made.
I am a mother of a 6 year old son who knows how to keep me on my toes.
If I’m not writing I’m constantly thinking about writing and can be found either chasing my son around, with my nose in book or being creative in the kitchen.