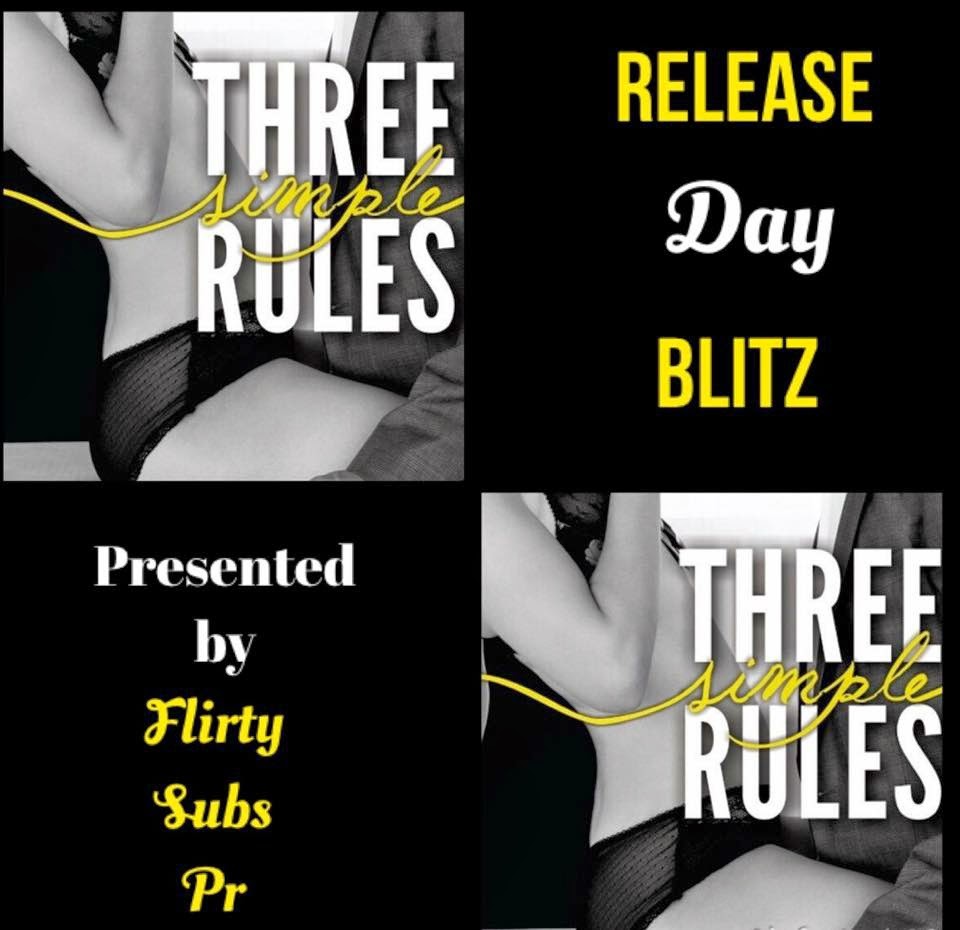 I would do anything for my dream job. Now I have to. In order to save my skin at the office, I'm forced to sell it at an exclusive and illegal blindfold club. He paid thousands of dollars for one night to own me, but when my blindfold comes off, I want more. More nights, more rules, and more from this unavailable and uncompromising man. Rule number one, no questions. Rule number two, no lies. But, rule number three? That's the hardest one to obey.
This book contains strong sexual content and is intended for mature audiences only.

“Would you like a taste?” Tara asked him. What did that mean? Then her breath was warm on my neck. “I'm going to touch you now.” I jumped when her fingers dragged across the skin of my stomach. Lower, and lower. Was she going to–? Soft, delicate fingers stroked me. I tried to jerk away, but the straps kept me in place. I'd never fooled around with another woman. I could appreciate the beauty of the female body, but I never had any desire to explore anything outside of my own. I liked good, ole-fashioned sex, and knew I still had a lot to learn there. Adding women into the mix seemed overwhelming It didn't matter. Her fingers were stirring my folds where I was shamefully wet, and the slightest of moans slipped out before I could choke it back. She drew her hand away from in between my legs, and there was a noise I couldn't place, like a kiss. No, I figured it out. He was sucking on her fingers. “Does she taste good?” Tara asked. Heat poured through my body. “I'd like to drink straight from the tap,” he said. Oh god. Oh my god. “There's a fee for that, but I'll waive it if we reach a deal.” I assumed that was acceptable to him because Tara again leaned over me and whispered in my ear. “Slide down near the edge of the table, and enjoy.” She sounded envious. I did as asked, my trembling body gliding over the leather. When I was down far enough and my feet dangled awkwardly over the side, Tara's warm hand closed around an ankle and lifted it, setting my foot on the flat surface of the tabletop so my toes curled over the edge. She guided the other ankle so I was laid out before him, my knees bent up in the air. Sliding down had also forced my arms to be bent up by my head. The pads of his fingers were cold when they touched the inside of my knee and gently urged it to the side, opening me to him. My bottom lip quivered. No, my whole body quivered. The fingers dragged across the inside of my thigh until they reached the hollow where my legs joined my body. I wanted him to say something. I wanted him to— “Fuck,” he said in a low, deep voice when his finger brushed over me where only a few men, and now Tara, had touched me, making me shudder. “You're so wet.” His touch was gone and replaced by warm air as his mouth hovered over my sensitive flesh. He kissed the hollow there, then just above my slit, then the inside of my thigh on the other side. Teasing me. Delicious anticipation grew and strangled my breath. I bucked hard on the table when his tongue grazed me. One of his large, cold hands clamped down on a hip to hold me in place. The sensation wasn't like anything I'd felt before. The blindfold focused everything on the pleasure that was spreading outward through my body from his indecent kiss. He licked me again, starting at the bottom of my entrance and all the way up to my clit. “Oh my god,” I said out loud, and then went wooden. I wasn't supposed to speak until spoken to, according to the contract. “You like that?” He didn't wait for me to answer, he just did it again. And again. The beginning of an orgasm developed off in the distance and then was right upon me when he eased a finger where I was soaking wet. “She’s yours for twenty thousand,” Tara said.

PLAYLIST
Like most authors, listening to music while writing is an absolute must for me. Sometimes I listen to the same song on repeat when I work on a specific scene because either the lyrics match the emotion I’m trying to get on the page, (like “Strange & Beautiful”) or the general mood of the song has a great atmosphere. (“Paradise Circus”) It’s important to note this has side effects. One of the bigger, ahem, “set pieces” was written to Gotye’s “Heart’s A Mess” and now I can’t listen to it without getting horribly turned on. I have a complete Pavlovian response, which is all sorts of awkward when it comes on Pandora while I’m at the office. J Anyway, here is the somewhat eclectic, sexy mix of music I had playing endlessly on my laptop into the wee hours of the night while I drafted “Three Simple Rules.” Hope you enjoy!

Casting
Casting isn’t easy for me. Sometimes I have a character or two that I know immediately going in, but most of the time when writing I picture them as real people who don’t look like celebrities. But if I got to cast my book, here’s who I’d love to see in my super sexy “Three Simple Rules,” complete with character bios.

Evelyn “Evie” Russell
-A few years out of college and a graphic designer, who’s broke and desperate to succeed at her career.

Payton McCreary
-Evie’s best friend and a professional escort, who doesn’t give a fuck what other people think.

Blake Haluson
-Evie’s college friend that she’s not-so-secretly been in love with, who isn’t single.

Nikki Sloane fell into graphic design after her careers as a waitress, a screenwriter, and a ballroom dance instructor fell through. For eight years she worked for a design firm in that extremely tall, black, and tiered building in Chicago that went through an unfortunate name change during her time there. Now she lives in Kentucky and manages a team of graphic artists. She is married and has two sons, writes both romantic suspense and dirty books, and couldn’t be any happier.