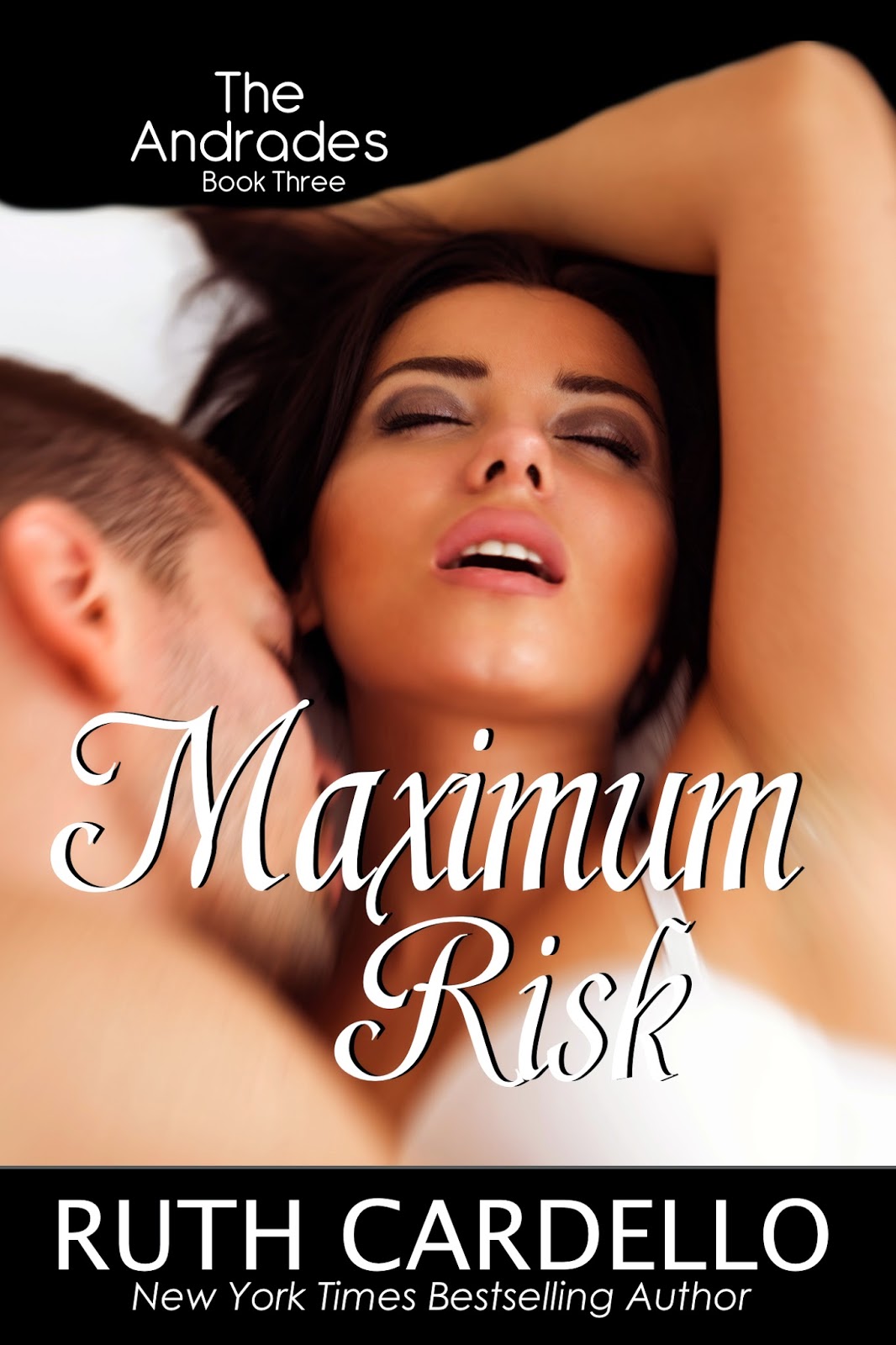 Max Andrade: Rich, bold, unapologetic. He is a man who doesn’t hear the word no until he meets Tara. In his obsession to have her, he’ll offer her anything except his heart.
Tara Holmes: Outspoken, hardworking, levelheaded. She makes her living by exposing unfaithful spouses. She doesn’t believe in love, especially not with a man who sees her as nothing more than a challenge.
When Madison D’Argenson hires Tara to uncover the truth about Aunt Patrice, Tara is pulled into Max’s world.
How far would you go to help a man who doesn’t want to be helped?
And how long would you give yourself over to the pleasure of his touch if you knew it would end as soon as he discovered your lie?


“I told you I don’t do relationships,” he said and couldn’t believe the words had come out of his mouth.
“You did,” she said simply, and walked past him to look out the window for the car.
He went to stand beside her. “I never lied to you.”
She shrugged and continued to look out the window.
Fight it as he did, he couldn’t deny how much he wanted to turn her around, pull her into his arms, and kiss her until they found a way past this. He didn’t, though. Instead, he muttered, “I have nothing to feel sorry about.”
She turned back toward him, her eyes flashing with temper. “You think I want an apology from you? Please spare me. I’m not angry with you. I’m angry with me. You are the same man I met in this very foyer and told myself to forget about. You’re right. You told me who you were and what you wanted. I am the one who made up an entirely different and completely fictional version of you.” She waved her hands sarcastically in the air. “I absolve you of all wrongdoing. Are you happy now?”
“No,” he growled and grabbed one of her arms. “I’m not happy with any of this.”
She leaned in and growled right back at him, “Good, at least you’re willing to admit that much.”
“I don’t want you here,” he said angrily.
“Then let go of my arm,” Tara snapped back.
“But I don’t want you to leave,” he said just as curtly. He tightened his grip on her arm.
“Then ask me to stay,” she said, her tone still angry.
A horn blared in the driveway announcing the arrival of the car he’d called to take her to the airport. He and Tara stood in a silent standoff, their ragged breathing the only sound in the large foyer. Outside the car blared its horn again.
“Is your name actually Tara?” he asked softly.
“Yes. Almost everything I said to you was true. The only part that was a lie was how I met Maddy and why I was spending so much time with her.”
“Dyson?”
“He’s Brigitte’s . . . whatever. If last night went how Dyson hoped, they’re having breakfast together right now.”
“I won’t make you any promises.”
Tara said, “Do you know what I do for a living? Normally, I mean? I follow unfaithful men around and provide photographic proof of their infidelity to their wives. I probably wouldn’t believe any vows if you made them.”
Max frowned. He didn’t like her answer. He didn’t know what he wanted her to say, but he knew that wasn’t it. He needed to somehow get back in control of the conversation. “We’ll keep things casual.”
For a moment he thought she wasn’t pleased with that idea, but she said, “Casual. Perfect. We both do what we want when we want and don’t worry about what either of us are doing when we’re not together.”
Max liked that comment even less. “You’re not sleeping with anyone else while you’re with me.”
Tara put a hand on one hip and cocked her head to the side. “Casual means you don’t have a say in what I do, or who I do, when I’m not with you.”
Max glared down at Tara.
She glared up at him.
He couldn’t take it anymore; he picked her up and started carrying her back up the stairs to the bedroom.
She wrinkled her nose at him, her eyes warming as the same need that had overtaken him began to spread through her. “The car is going to leave.”
“Good,” he said, breathing in the heavenly scent of her hair and imagining how it would feel on his thigh as those luscious lips of hers closed around his cock.
She wrapped her arms around his neck and whispered, “Is this your way of asking me to stay?”
He grinned down at her. “No, I’ll ask by licking that ***** of yours until you come in my mouth.”
She hid her face in his neck, but he saw her blush and smile as she did. “That works for me.” 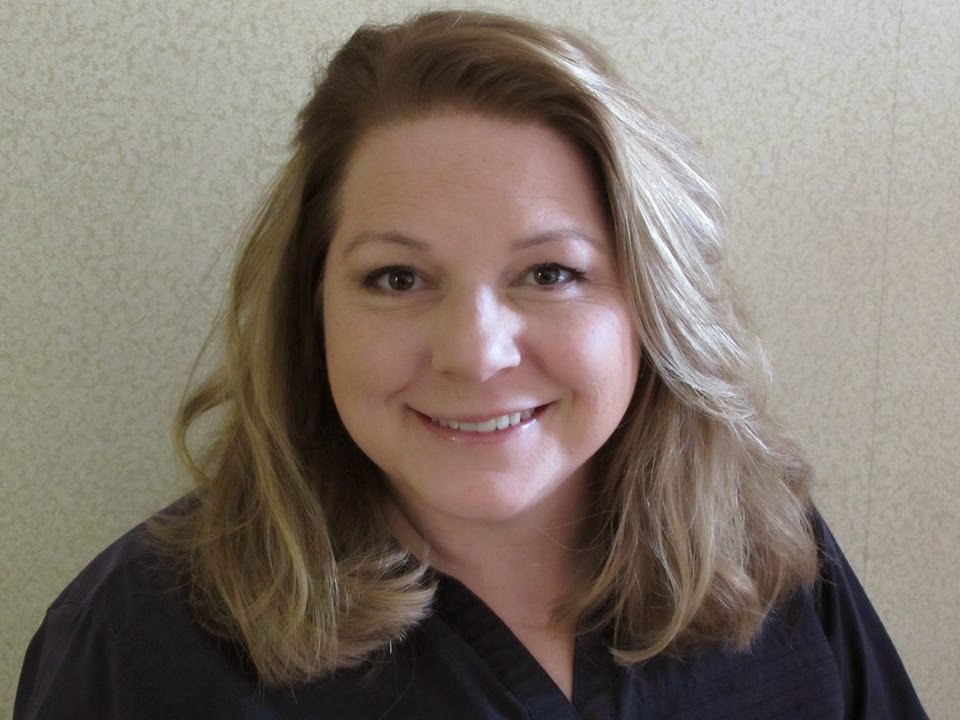 Author Bio:
Ruth Cardello was born the youngest of 11 children in a small city in northern Rhode Island. She spent her young adult years moving as far away as she could from her large extended family. She lived in Boston, Paris, Orlando, New York--then came full circle and moved back to Rhode Island. She now happily lives one town over from the one she was born in. For her, family trumped the warmer weather and international scene.

She was an educator for 20 years, the last 11 as a kindergarten teacher. When her school district began cutting jobs, Ruth turned a serious eye toward her second love- writing and has never been happier. When she's not writing, you can find her chasing her children around her small farm, riding her horses, or connecting with her readers online.

Other Books by Ruth Cardello:

The Andrades (*also available in audio)
Book 1: Come Away with Me (Free at all eBook retailers)
Book 2: Home to Me
Book 3: Maximum Risk
Book 4: Somewhere Along the Way (preorder now, release date 05/26/15)

The Temptations
Book 1: Twelve Days of Temptation
Book 2: Be My Temptation