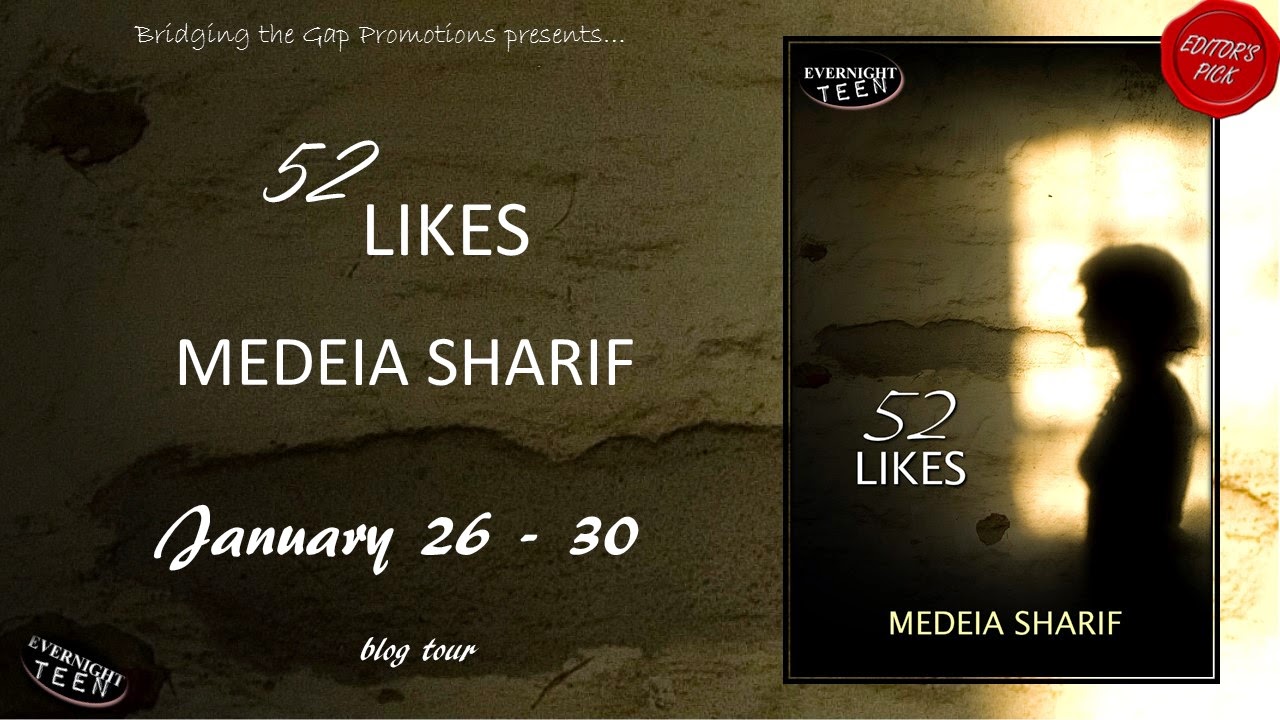 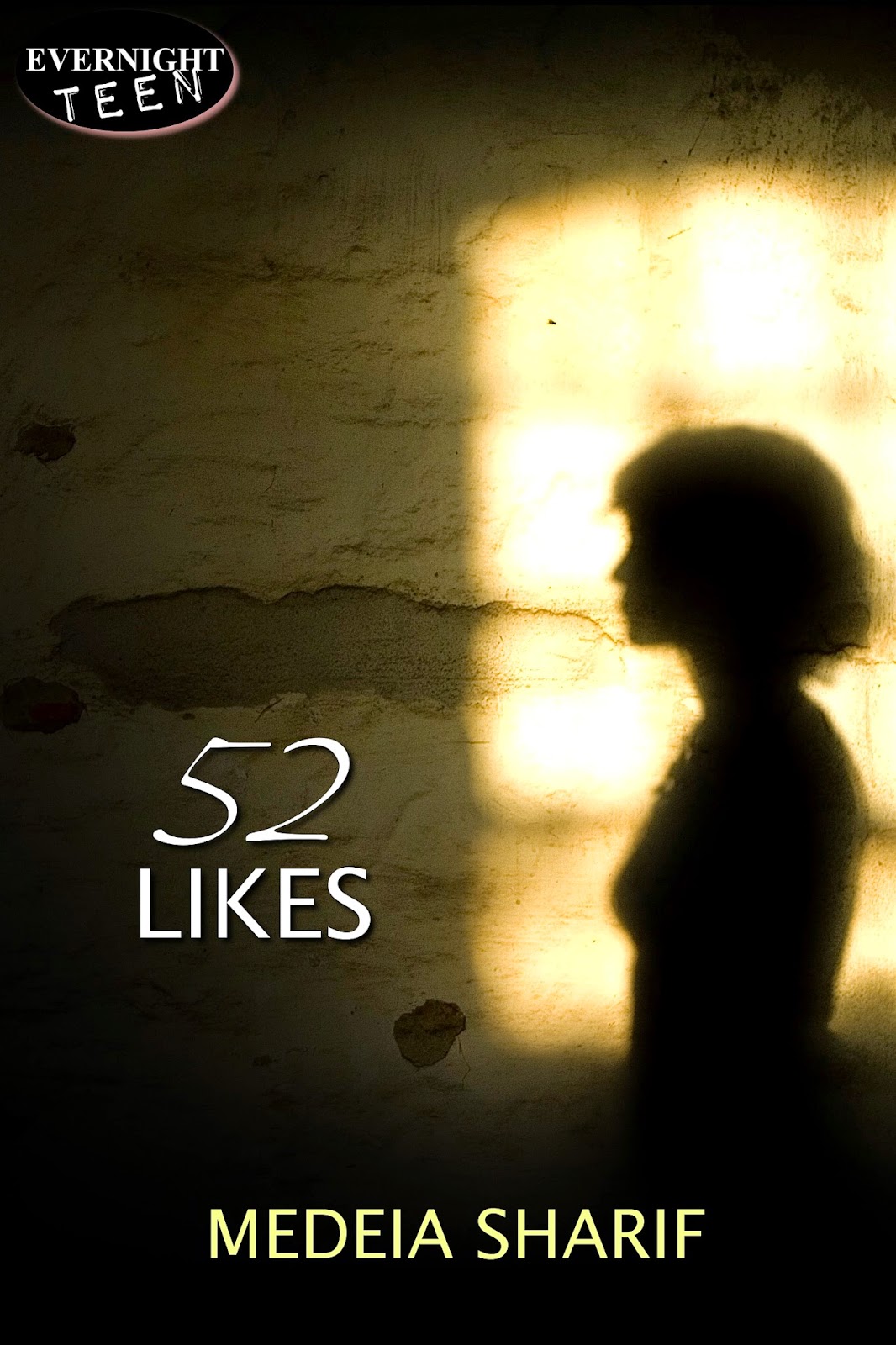 After a brutal rape and near-murder, Valerie wants to get past feelings of victimhood from both the assault and her history of being bullied. Not knowing the identity of her masked rapist and dealing with the nasty rumors about that night are two things that plague her daily.   Valerie will have to follow ghostly entities, past victims of the rapist-murderer, contacting her through a social media site. Why do all of their eerie photos have 52 likes under them? Their messages are leading her to the mystery man, although he’ll put up a fight to remain hidden.

14+ due to adult situations

Excerpt:
With the girls closest to me, I see their Picomatic profile page, which is a reminder that I have a direct message on there. “Did you DM me on Picomatic?” I whisper to Cookie.
She shakes her head, briefly looking up from her notebook. I should be writing too, but can’t concentrate on the five questions Ms. Garland wrote on the board. She’s seated behind her desk as a student approaches her to ask a question. The student is blocking her face, so she can’t see me at all. During times like these, when teachers are busy, I whip out my phone.
I slide my phone out of my pocket and into my lap. It used to be a wonderful distraction that entertained me during boring lectures and educational videos. Seeing others on Picomatic, I’m now dying to know what the DM is about. Even if it’s an inappropriate or harassing one, I need to see it. If it upsets me, I’ll report it as spam. If it's extremely bad, pertaining to that night, I have to tell someone, even though last year the school didn't do much in the way of protecting me from the trio, which was the quartet back then since Hector would play their vicious games.
I open my Picomatic page. Selfies abound, some from a few seconds ago. Most pictures are from P.E. or some other class where teachers don't supervise as much. Some people are taking pictures of work that has been graded, bragging about A's or criticizing teachers who gave them F's. I tap the corner, where the direct messages are. If it’s a graphic with THOT or some other message on it, I need to know that’s not who I am. I never was. Be brave, I urge myself.
There’s a DM from someone named 2beautiful. I can’t recall any friends who use that handle. Where the profile pic should be, there’s a close-up of an eye. The eye is lined, with heavy mascara and purple and blue eye shadow. It’s an attractive picture, although eye pics can be deceiving. Sometimes the rest of the person isn’t as pretty. I don’t recognize this eye, although anyone’s eye can be transformed like this with the right makeup.
I scroll down to see the picture message she sent me. I frown, unsure of what this is, who this is. It’s almost pornographic, but not really since it’s just a sliver of skin, although there’s a hint of the girl’s V between her legs.
The picture is of a slender, yet curvaceous naked hip. The bone protrudes slightly and I can tell the girl is pear-shaped. I’m also pear-shaped, which is especially noticeable around Christmas time when I gain five pounds from eating too much during winter break.
This photo of a girl’s hip has 52 likes. I gasp. Is it a photo of me? Did someone take a picture of me at home or in the shower? Then I think back to the rape, of the flashes of light…I thought it was lightning, but I could be wrong. He had pulled me down to the floor and knocked me around. The room was dark. Maybe I didn’t notice every single thing he had done to me. Had the rapist photographed me?

I’m a Kurdish-American author who was born in New York City, and I presently call Miami my home. I received my master’s degree in psychology from Florida Atlantic University. After becoming a voracious reader in high school and a relentless writer dabbling in many genres in college, I found my niche writing for young people. Today I'm a MG and YA writer published through various presses. In addition to being a writer, I'm a middle school English teacher. My memberships include Mensa, ALAN, and SCBWI.