Keep It Secret by Olivia Snow

Keep It Secret
by Olivia Snow 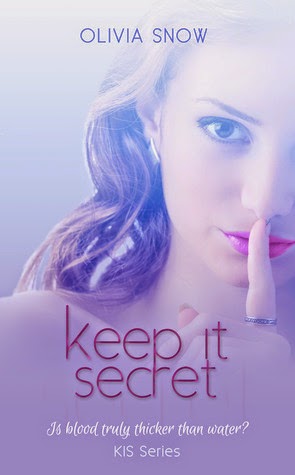 
After the unexpected death of her father, and her mother's emotional abandonment, Ava Veneziano's life is turned upside down...

She turns to drugs, sex, and alcohol as a way to cope with all the destruction in her life, inconsequence, she flunks a grade and loses touch with her favorite cousin Vanessa.

Five years later, Ava and her mother are reunited with the family they'd lost touch with and they end up moving into their home.

Vanessa is unawarely beautiful, with an overbearing and controlling mother. She's never been given the opportunity to have a boyfriend or experience life like a normal seventeen year old girl.

However, all of that changes when her cousin Ava moves in, and she finally gets the attention of Gabriel Mason.

The same boy who's also caught the attention of her beloved cousin.

Get Your Copy Now!


Rating: ☆☆☆☆☆
For me this book was a very emotional read. Ava (Avie) was pulled out of school because her father was in an accident. She was really close to her father and not so much with her mother. Avie felt like an ugly monster flawed beyond repair. This shell served only as a distraction from what lay within. After her fathers death, her mother went into a deep depression leaving Ava to fend for herself. At the age of fourteen her life consisted of a whirlwind of bills, money, school work, teenage drama and being a caretaker to her mother. Her only escape was sex and alcohol. For five years she kept her fathers last message he left her. Rose and Ava are moving in with her cousin Vanessa and her aunt Cynitha and her uncle Bill. The only person who knows what happend was Declan and he only knows because she was drunk and told him.

Ava is 18 years old, she lost her father at the age of thirteen. She still wears her fathers rosary. She felt her heart become emotionally blocked. She has a difficult time showing any emotion.Doesn't do highschool guys because they brag too much. Rose is Ava's mother, didn't do anything after her husband died. Wasn't a good mother too Ava. A year after her husbands death she finally decided that she was going to get help. Bill is Ava's uncle and he wasn't there for her after her father died. Cynitha is Ava's aunt and she doesn't like Ava. Vanessa is Declan's sister, Ava's cousin and Bill and Cynitha's daughter. She gets treated like a baby. She always does what her mother wants, has a major crush on Gabriel. Declan is Vanessa's older brother, was never there for Vanessa. He is in college. Ava's cousin. Gabriel likes Ava. Takes Ava's advice about asking Vanessa out. TA for swimming class, met Ava at a party. Talon is Gabriels friend met Ava at a party.

This is the first book in the KIS series. I really loved this book, this is my first book by Olivia Snow and it most definitely will not be my last. I loved the story line, how well the characters were developed. I couldn't put this book down. I highly recommend this book to anyone and everyone. I can't wait for book two in this series. Olivia you are an amazing author. 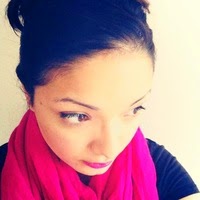 Olivia Snow lives in a lovely town in Colorado, with her wonderful husband and three beautiful but highly energetic children that she can barely keep up with. Her day is devoted to chasing after her three monsters, cleaning, cooking and often times tearing out her hair.


She loves drinking coffee eating chocolate and cheesecake. In her free time, you can catch her reading a steamy book, watching juicy drama filled reality TV or just cuddling with her yummy hubby.