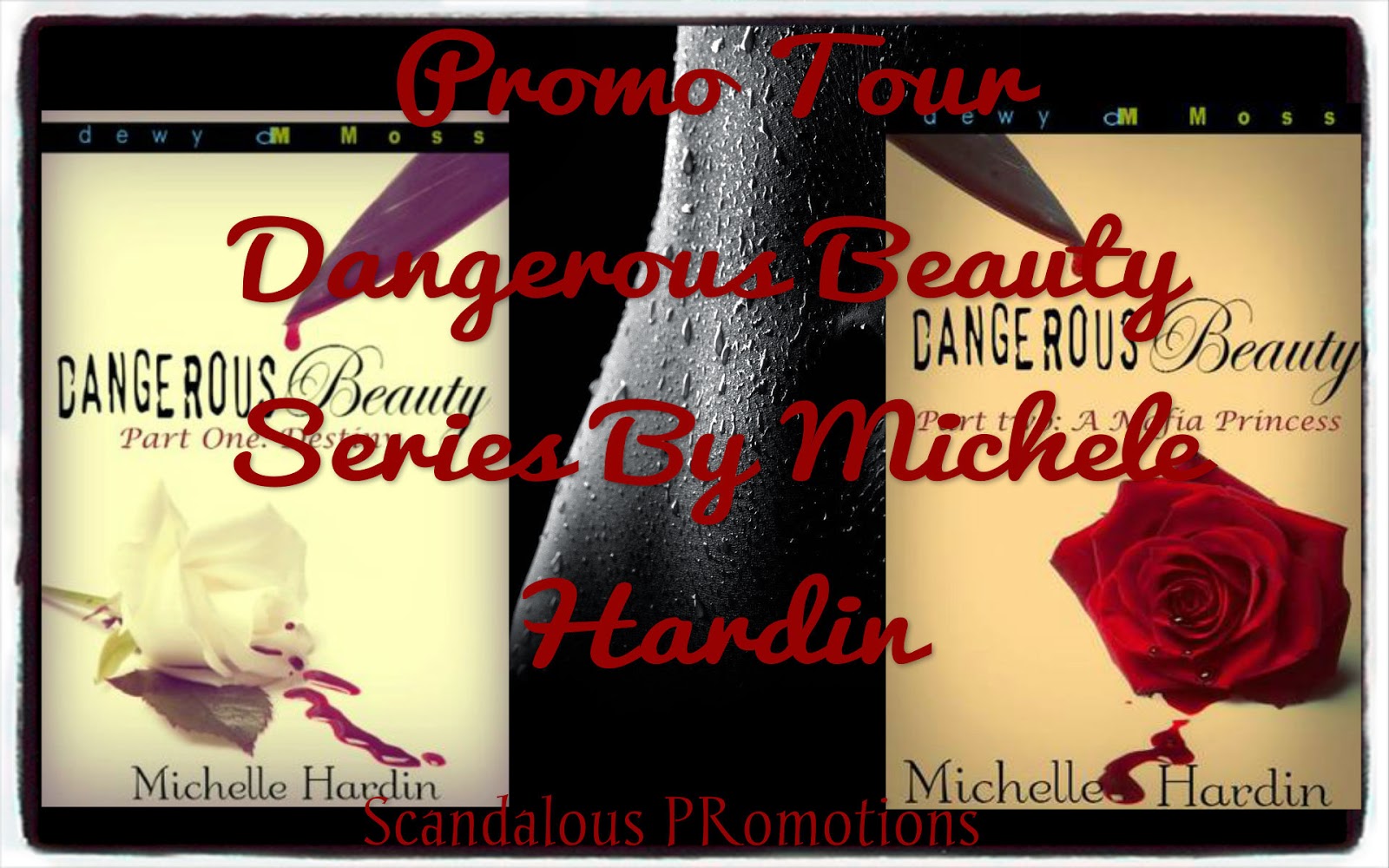 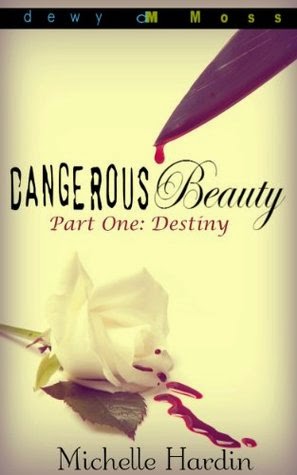 One day in a beautiful garden a young half Italian, half Russian boy met the daughter of his father’s African American business associate for the first time. Nineteen years later destiny brought them together for a second time. After the tragic death of his mother, Nathan Salerno decided to live a life devoid of love. His only goal in life was to live up to the expectations of his highly feared Mafia Boss father and make him proud to have him as an heir. As the anniversary of his mother’s passing drew near Nathan prepared to do what he did every year— disappear. When his childhood friends convinced him to join them on a vacation instead, Nathan’s life was changed forever. Carter Steele couldn’t remember her mother and thought she would never heal from witnessing her father’s murder. After that tragic night she moved to Hope Beach under a new identity. Her new life was far different from her previous one and hiding her true identity was harder and lonelier than she’d ever expected. That was until she spotted the handsome blond in the BMW. Will Nathan and Carter’s love survive the obstacles they face? 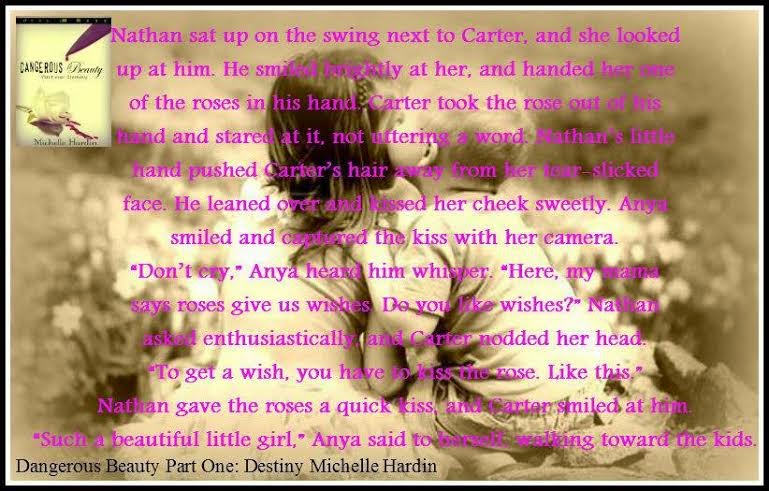 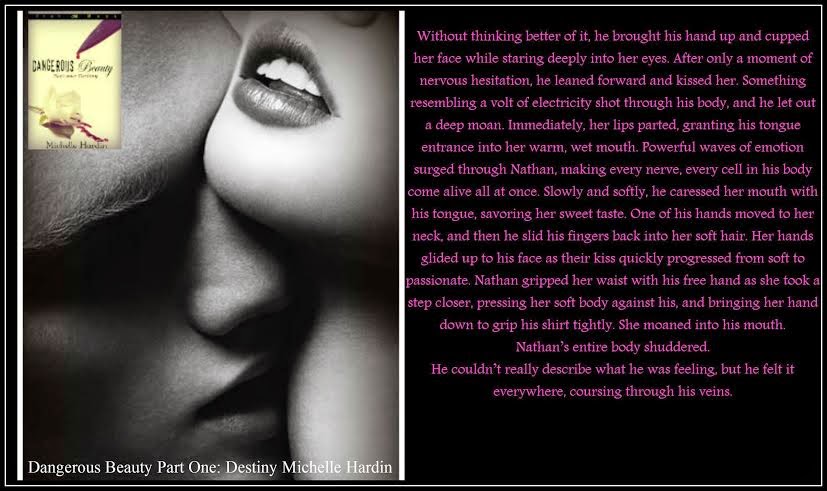 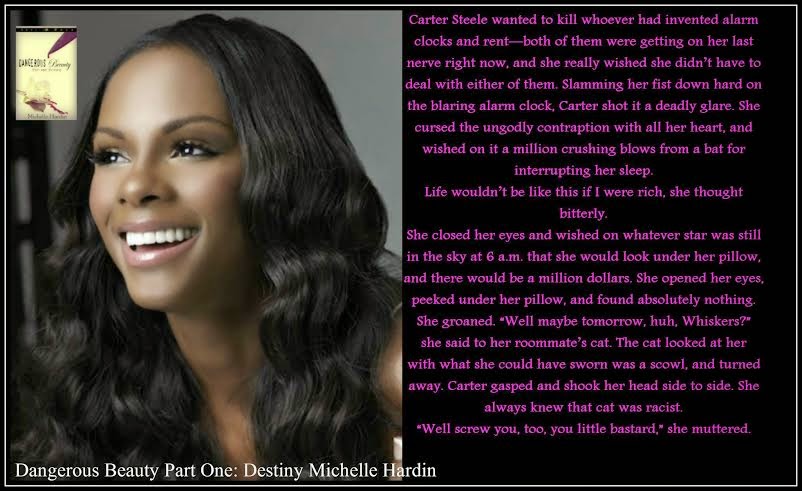 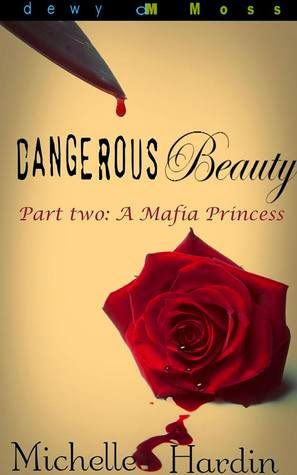 Carterina Anastacia Stone wakes up from the most terrifying experience of her life to find that her life has been totally flipped upside down. Nathan Salerno is her gorgeous fiancé she can't remember even meeting, and the mother she thought abandoned her, is demanding to be a part of her life. Lies. Secrets. The truth. Each of them has a deadly consequence that seem to guarantee that Nathan and Carter will have to spend their entire lives looking over their shoulders. Carter feels like a walking target and Nathan's determined to make her feel safe again. While revelations threaten to pull them apart, Carter and Nathan fight hard to keep their love strong. This and more in Part two of the edge of your seat trilogy Dangerous Beauty Part Two - A Mafia Princess. 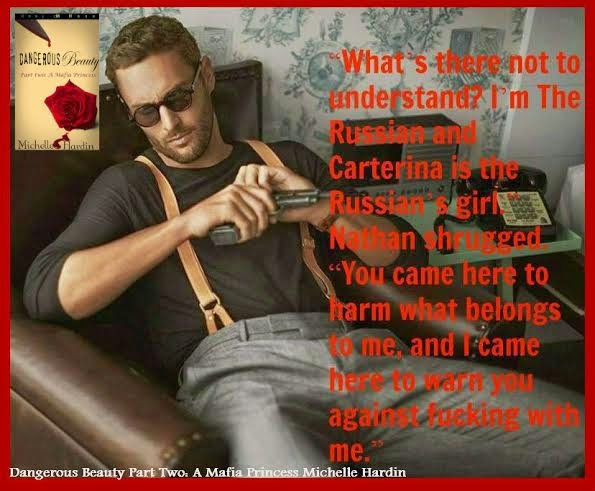 Chapter 1: I Love you…
No one ever warns you about what happens when you fall in love. But why would they? There’s no point. When it happens, there’s nothing you can do to prevent it.
When you fall in love, you don’t just give your heart, you give your entire self. You put your heart in the hands of another, and that person becomes a lifeline. Your heart beats for them. They are the air you breathe. They are your smile, your laugh, your joy, and your sadness. That single person has the power to build you up until you feel a hundred feet tall—or shatter you, leaving you broken and scrambling to pick up the pieces of who you once were. Of who you were with them.
Love does this—
What happens if that person dies? What happens when the person who holds your beating heart in their hands no longer lives? Do you die with them? Well, that would certainly be easier than trying to continue life without your heart, your smile, your laughter, your joy—and even your sadness.
How can you continue living in a world without the one person that made your life so much more than it was before?
One day at a time?
Bullshit.
How can you make it to the next day if there is no tomorrow? If there is no year from now?
If you lose the person that makes you more than you were before you met, life becomes one long drawn-out day. The misery never ends, and there is no moving on.
“The One”. You hear people say it all the time. How they want to find “The One”. Well, what if you found “The One” and they were taken from you. How do you continue to live, sanely, in a world without “The One” person that fit you perfectly?
How?
Quick Answer. You Don’t . . .
That was the conclusion Nathan came to when he slipped into hysterics, Carter lying unconscious in his arms.
“Carter! Carter, wake up, baby!” He gently touched her face. “Wake up, Carter. Please! Let me see your eyes, honey.” Her eyes remained closed. “Carter, I’m begging you! Baby, open your eyes. Carter, please! Carter! Honey, open your eyes! Carter, wake up!”
When Carter’s eyes remained shut, Nathan held her close and did something he hadn’t done since he was a child. He cried. He held her tightly in his arms, begging and praying to God and anyone else who was listening to bring her back to him. He would give everything he possessed just to hear her voice, to see her smile at him, to hear her musical laugh, to have her grow old with him. He begged and pleaded while burying his face in Carter’s neck.
“Nathan?”
Nathan lifted his head quickly at the sound of Carter’s voice. Her eyelids fluttered open, and she looked up at him through glassy eyes.
Nathan sighed with relief, “Carter, baby, thank God. Look at me, honey, and try to stay awake for me.”
“Nathan, it hurts,” she cried softly.
The doors of the elevator opened, and Nathan rushed in, carrying Carter, while Anastasia quickly pressed the button for the first floor.
“I know, honey. I know. I’ll get you to the hospital as quickly as I can,” Nathan said frantically. He held her close as the elevator began its descent.
Nathan couldn’t think straight while she was in his arms, barely conscious. He would never be able to forgive himself for not keeping her safe from this. He didn’t understand how Mitchell had managed to pull this off, but he’d find out. He knew that Mitchell, Kent, and Patrick couldn’t have pulled this off without allies on the inside helping them get past security and gain control of the elevators. Nathan silently vowed at that moment that he would find every man involved and make him pay—severely.
He focused on Carter. He could see she was struggling to stay awake. When her eyes began to close again, Nathan gave her a light shake. “Carterina, baby, keep your eyes open.” She looked up at him, her eyes glistening with tears. She slowly brought her hand to his face and wiped away his own. “I need you, Carter,” he confessed as more tears fell. “I need you, I can’t live without you, baby. I need you to fight for me. Please,” he pleaded with her desperately.
A sob escaped Carter’s lips, “I’m so sorry, Nathan.” She winced when pain shot through her head, but she didn’t stop talking, “I made a mistake. I’m so sorry,” she cried.
Nathan pressed his face against hers, “No, no, baby. Don’t apologize. This isn’t your fault, its mine. But I’ll make it up to you. I promise.”
“No, Nathan. It is my fault. You don’t understand. I made a mistake.” She took a deep shaky breath as the sobs continued to fall from her lips. “I made a mistake. He warned me not to mess up, but I did,” she cried.
“Carter, I don’t understand. Who warned you?”
“My father,” she sobbed. “I turned away from them. I could have killed them, but I turned away. I’m so sorry.” She cried and cried as Nathan held her close, trying his best to calm her.
“Shh . . . Don’t cry, мое красивое Роуз. Please . . . I can’t take it,” he said as he placed soft kisses atop her tears.
“I don’t . . . I don’t know how much longer I can stay awake, Nathan . . . I can’t—”
“Yes, you can, Carter!”
“No, I can’t,” she cried. “I pr-promise I’ll come back to you, Nathan, but I . . . I . . .”
Carter felt herself drifting again. She could faintly hear Nathan yelling her name as her eyes rolled to the back of her head and darkness once again overtook her. 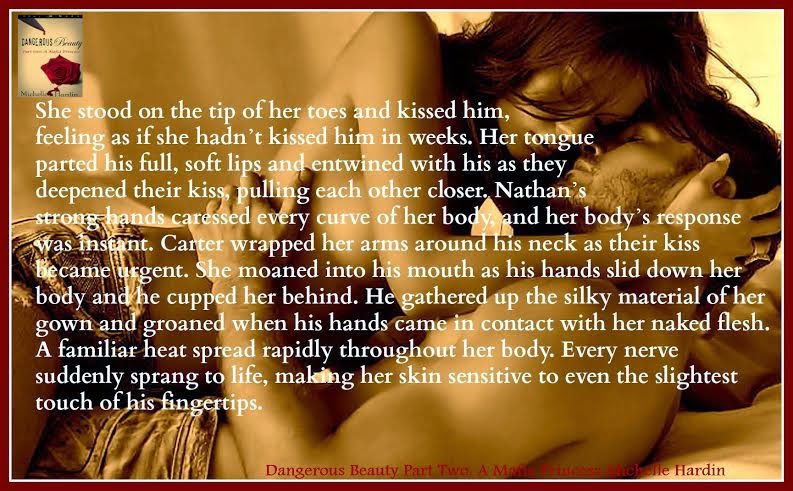 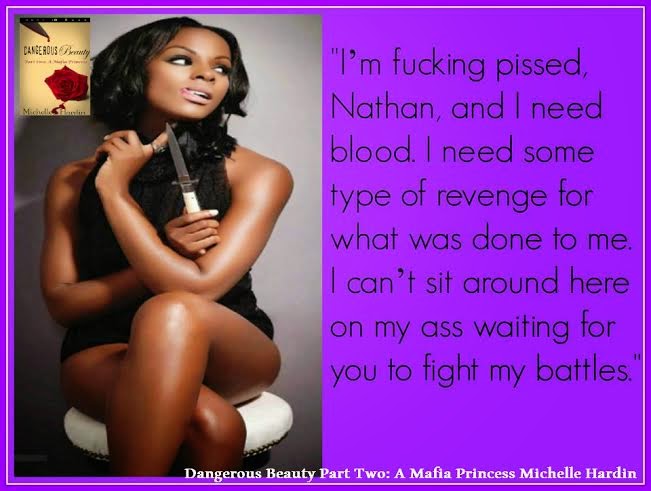 Born and raised in Missouri, I am a dreamer with an active imagination. I am in my 20’s and have a bachelor’s degree in Psychology. My dream is to one day make a mark in this world. I want do something that I will be remembered for, be someone people can respect. I have a big heart, and even bigger smile, and I love to read a good story. A perfect evening for me would include a glass of wine, chocolate, and a romance novel on my kindle. I have an overactive imagination and enjoy putting together a good story with raw emotion and shocking secrets. Dangerous Beauty is the first novel I have ever written and I hope to write many more in the future.