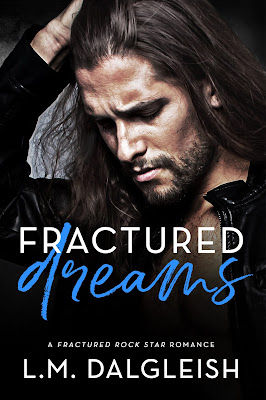 Rock stars break hearts
It’s a lesson Eden Taylor just learned the hard way. Leaving town to stay with her brother should have been the perfect way to escape the pain of her breakup, but she wasn’t expecting to end up sharing the house with her brother’s best friend—Fractured’s lead guitarist, Tex McLain.
She wasn’t expecting to notice how sexy he is… or to start craving his touch.
And she absolutely wasn’t expecting to forget the lesson she only just learned...
Tex is getting tired of the casual hookups that come with the rock star lifestyle—been there, done plenty of that. He’s looking for someone he feels a connection with—a spark.
Just his luck when he finally feels it, it’s with the one woman he can’t have.
Eden’s too young for him—too bright eyed and full of dreams. Not to mention his best friend’s little sister.
He needs to stay away...
Tension simmers, lines are crossed, and soon there’s no turning back.
But it’s true that rock stars break hearts.
Sometimes...it’s their own.

Tex turned to Noah, who was sitting next to him, a drink in one hand and the other unconsciously tapping out the rhythm of the music on his thigh. “So, are you okay now with Eden staying on her own while you’re gone?”

Noah shrugged. “There’s not much I can do about it. She doesn’t want to go home, and it’s not as if I’m going to kick her out. But I worry about her, you know?”

“What exactly is it you’re worried about? The chances of anyone actually breaking into your house are pretty slim.”

Noah glanced over at where the two women were dancing. “I don’t want her on her own for so long, maybe getting lonely. I don’t think she’d do something stupid like give the ex-douche a call, but she’s hurting at the moment, and being hurt and lonely can make you do crazy things.”

“That doesn’t sound like something Eden would do, though. She doesn’t come across as the type of person to let someone walk all over her, no matter how hurt and lonely she is.”

“She’s not, normally, but I think what happened affected her more than she’s letting on; she’s been a bit off since she arrived.” Noah sighed. “Although I’ve started to realize exactly how much I don’t know about my little sister now. She was ten the last time we lived together, and I’m not a hundred percent sure how to handle grown up Eden. I realize I need to give her space, but how much?” His mouth tightened, and he nudged Tex, jerking his chin at the dance floor. “See what I mean? She’s not acting like herself.”

Tex frowned over at Eden. She was on her own now, Lexie having been distracted by Connor, who’d stalked over there and dragged her into a dark corner. Eden didn’t seem worried, her eyes closing as she tilted her head backward, her waves of blonde hair tumbling over her shoulders and down her back as she moved her body sinuously to the music. She looked beautiful—really fucking beautiful—and it was clear the men surrounding her like sharks thought so too.

As they watched, one of them decided to take a shot, stepping in close behind her and wrapping his arms around her waist. Tex could almost feel Noah’s tension vibrating in the air between them and his own muscles tightened in response. They both waited to see if she’d get rid of the man herself, but instead, she leaned back into him, eyes still closed, the corners of her lush mouth tipping up in a smile.

Anger flared in Tex’s chest as the guy’s hands went to her hips, then started sliding downward toward the hem of her short skirt, and without a word being said, both he and Noah were in motion. A few strides and they were at Eden’s side, Noah grabbing the man’s hand and pulling him away at the same time Tex caught her around the waist and hauled her against him.

Eden gasped; eyes wide as she stared up at him in confusion. “Tex?”

He frowned down at her as Noah dealt with the guy who’d been pawing at her. For a second, it appeared as if the man was going to get belligerent, before recognition lit up his face when he realized who it was that had grabbed him. “Holy shit, you’re Noah Taylor!” His eyes shifted to Tex, widening further. “And you’re Tex McLain!” When his gaze dropped to where Tex had Eden pressed against his chest, he grimaced. “Sorry man, I didn’t know she was yours.”

Eden tensed in his arms, but Tex didn’t correct the guy. If it kept the goddamn sharks away, he was happy enough for them to think whatever the hell they wanted. 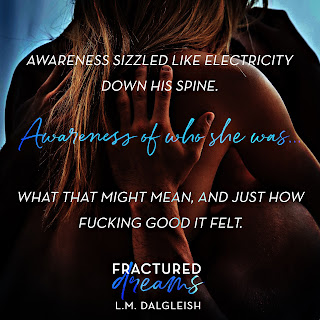 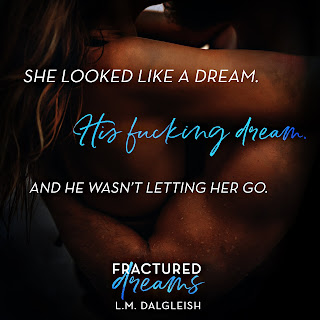 L. M. Dalgleish is a life-long book lover who, as a child, used to shut herself in her bedroom with a good book and a packed lunch so she could spend all day reading. Her passion for romance novels began in the long sleepless nights following the birth of her first baby. Two more babies later and she’s still in love with strong, sassy heroines and sexy, but emotionally unavailable (at least to begin with) heroes.
She lives in Canberra, Australia, with her husband, three kids, and a very large, very fluffy dog. In her spare time, she enjoys hanging with her family, reading, eating too much pasta, and watching horror movies. 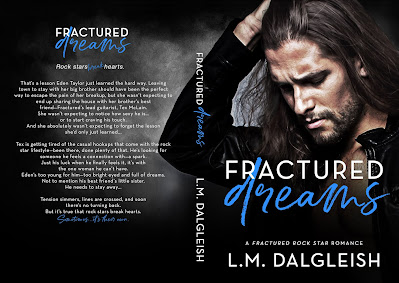