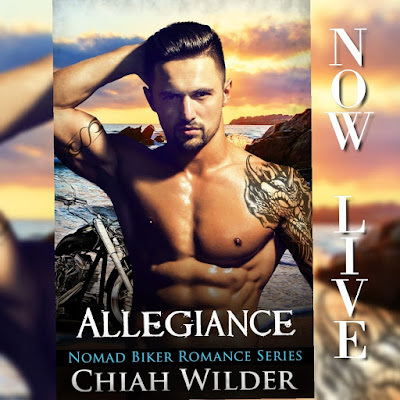 Amazon Review -“A real rollercoaster ride to healing and love”

Amazon Review - “MS Wilder does an amazing job at drawing you in from the first sentence all the way to the end of her books.” 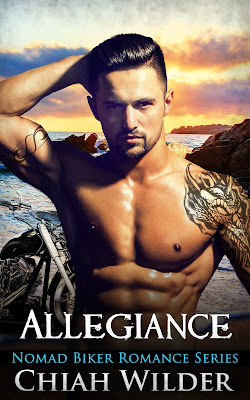 He found himself by getting lost in her.
Nomad biker: a solitary life, riding from place to place. He may or may not be a member of a motorcycle club.
Tank’s Jagged Outlaw MC bottom rocker once read Southern California but now it reads Nomad.
The Jagged Outlaws MC runs through Tank’s blood even though he wears the club’s Nomad patch. His loyalties are still to the club and to Raptor—the president.
When life gets to be too much, Tank hits the open road, relishing in the freedom of solitary living for a while.
Women come and go in his life, and he prefers it that way. He’d tried settling down when he married his high school sweetheart, but when she walked out on him for another man, she took his trust in women with her.
Now his focus is on the MC, his mother’s health, and his business. He doesn’t want anyone complicating his life or crimping his style. He’s doing just fine on his own.
Until he meets Lena.
The sultry, sassy brunette is unlike any woman he’s ever met. The more she keeps him at arm’s length, the more he wants her. She is turning his life upside down and driving him crazy with desire. But he can’t have any of that. He’s a solitary man, right?
Besides, the MC is going through a power struggle with the VP trying to oust the President. And getting involved with the dark-haired vixen right now would be nothing short of stupidity.
Lena is alone in the world. The grief of losing her parents unexpectedly still consumes her, and throwing herself 100% into her restaurant is the only way she can deal with it. She can’t afford anyone or anything to upset the delicate balance she has in her tightly wound life.
Then Tank comes into her life.
The guy’s trouble.
He exudes raw sex.
And her body wants him in the worst way.
The last thing Lena wants is a man in her life. Life has taught her that the only person she can count on is herself, and she can’t let a man with a chiseled body and a strong jaw blow her off course.
But Tank is persistent and she is weakening.
And just when she lets him into her life, she sees who he is and her world comes crashing down on her.
Tank finds himself in a situation where his allegiance to his club and to Lena are at odds. For the first time in his life, his loyalty to the brotherhood is tested.
Can Tank break through a crossroad in his life without losing both Lena and his club?
The Nomad Biker books are standalone romance novels. This is Tank’s story. 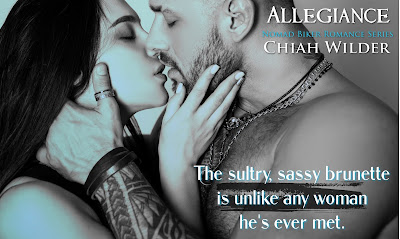 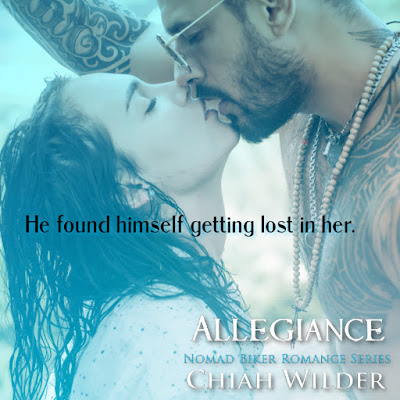 A striking woman with dark brown hair interjected with , “I’m sorry, but dinner will be served after the toasts.” Her voice was smooth, like a fine glass of whiskey.

Taken aback , he stared at the olive-skinned beauty before letting his gaze trail down her body, to her gunmetal beaded ballet shoes , and then back up, lingering on her luscious cleavage in her V-neck blouse, until settling on her gold stud nose piercing.

Her lips parted, and a pink blush crept across her cheeks. Fuck. His gaze lowered to her cleavage again. When she drew in a sharp breath, her tits rose. Lust gripped his spine, shooting a jolt straight to his balls.

She cleared her throat, bringing his attention to her eyes. “The toasts shouldn’t take too long.”   He pointed to the cheese platter. “I can’t even take one of them fancy crackers? C’mon, I’m starving here.” He gave her his most beguiling smile, boyish and charming. The one that had landed him into countless beds.

Her chestnut eyes fixed on his, as if she were studying him. Finally , she crossed her arms and shook her head. “That isn’t going to work here. I’m on a strict schedule from the bride’s family , and if I so much as budge from that timetable, my staff will be overrun with a flood of guests, eliminating my chance of getting a much-needed referral.” Resting her hands on the table, she leaned toward him. “Do yourself a favor and catch one of the appetizer trays I’ve been shuffling out.”

The scent of her perfume wrapped around his libido, causing him to stand there, staring at her like a moron. Pushing his desire aside, he cocked his head to the side.

“Is that how you treat all your client’s guests?” Straightening, she held her head high. Sassy, defiant, and feisty. I like that. “Only the ones who think I’ll bend over backward for them just because they’re good-looking and think they’re charming.” Licking her sexy lips, she held his gaze. “Do you need anything else, sir?”

“Well, you told me.” Tank chuckled as he snatched another glass of champagne from a passing waiter.

Her sharp tongue and quick dismissal floored him. He couldn’t remember the last time a woman had come up against him like that. Usually, he was beating them off, so he had to admit, her cheekiness was a refreshing change. His eyes lowered, pausing at her throat where her pulse jumped like a frenzied rabbit, making him feel smug. Yeah, she’s fuckin’ attracted to me, and the feeling is sure as hell mutual.

Chiah Wilder is the author of the successful Insurgents MC series. Chiah's love of bad boys has inspired her Insurgents series. She loves an alpha male whose softer side is brought out by a passionate, spirited woman. Steamy, biker romances with rough, sexy bad boys are her guilty pleasure along with brownies, cheddar cheese, and movie marathons. She is busy writing her next book in the series. Chiah would love to hear from you. You can contact her at: chiahwilder@gmail.com Visit her on facebook: https://www.facebook.com/AuthorChiahWilder/ Join the Chiah Wilder Newsletter to get the scoop on new releases, previews, free short stories, and a whole lot of other exciting goodies: http://eepurl.com/bACCL1 Happy Reading!