Fed Up by Kathleen Duhamel 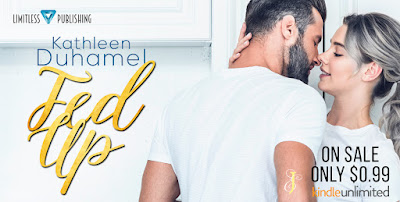 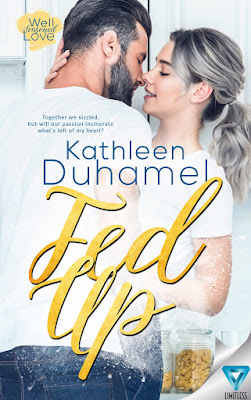 Death breaks you in ways you never thought possible while grief swallows you whole. After losing my husband I’ve been trapped in emotional limbo, a place I don’t think I’ll ever be able to escape. Not even the British actor and heartthrob, Ian James, will be able to thaw my frozen heart…at least that’s what I thought. Being his personal chef is merely a short-term job while he’s working on location in Virginia. But cooking for him five days a week becomes more personal when a mutual attraction starts to burn between us. I’m hopelessly drawn to Ian and being with him makes it possible for me to breathe again. But I’m wary of the self-proclaimed womanizer who is far too charming and handsome for his own good. With me a grieving widow, and Ian struggling with his own demons, there are too many variables involved for us to have a future together. But I can’t stay away from him, and I’m afraid falling for a player might just shatter my already broken heart. 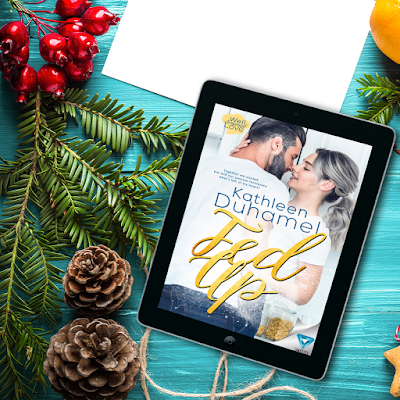 “DuHamel’s characters are believable and relatable, with real life struggles in the context of intimate relationships. In this book, Ian’s tugs of conscience are generalizable to a large population of men who prioritized career and success at the cost of family relationships. Shelby’s self-consciousness in a new relationship after decades of marriage, contrasted with her professional skills and accomplishments, mirrors the experience of countless women who must deal with the contradictions of aging.”

“I really enjoyed this book with its very real and likeable characters and a story that gives hope of love later in life.”

“The dialogue is smart, the characters real, their story compellingly and beautifully told in a way that draws you inexorably into their l’amour.”

“This is a well-written, perfectly paced novel with characters you will remember. I cannot wait to read book two.” 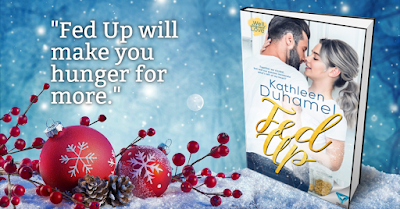 Kathleen wrote and illustrated her first short story at the age of eight and has considered herself a storyteller ever since. After growing up in a small Texas town, she earned a master’s degree in communications from Texas Tech University. Her love of the written word continued throughout her varied career as a newspaper journalist and editor, public relations executive, freelance travel writer, and owner/operator of two small businesses before becoming a published author in 2015. She is the author of the contemporary romance novels Deep Blue. Deeper, and Deep End, along with a companion novella, At Home with Andre. Kathleen’s stories feature vibrant, smart, and attractive older women—a vastly underrepresented segment of the romance market—who experience love and satisfying sex, despite the various pitfalls that accompany later-in-life relationships. Her newest release, Fed Up, features two troubled Gen-Xers who meet and fall in love at precisely the wrong time. Kathleen has spent most of her adult life in Colorado, where she lives in the Denver area with her husband, an enormous standard poodle, and a big, friendly cat.