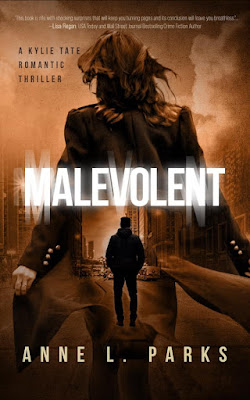 UNIVERSAL BUY LINK
From bestselling author Anne L. Parks comes both a chilling thriller and moving love story.
Kylie Tate survived a life of dominance and abuse. An up-and-coming criminal defense attorney, she has been assigned to a first degree murder case which could make or break her career. The downside--the second chair is fellow attorney and violent ex-boyfriend, John Sysco.When she catches the eye of enigmatic billionaire, Alex Stone, she can't help but be drawn to him. Unfortunately John is not willing to let her go--especially into the arms of another man.As John's sanity spirals into darkness, his attempts to get Kylie back escalate, along with the abuse she thought she had escaped. The one glimmer of hope she has is the unconditional support Alex provides. Ravaged by demons from his past, Alex vows to stop at nothing to keep Kylie safe.But the closer the couple gets, the more Kylie wonders if Alex is truly her savior--or as dark and dangerous as John.Formerly titled Of Demons & Stones! 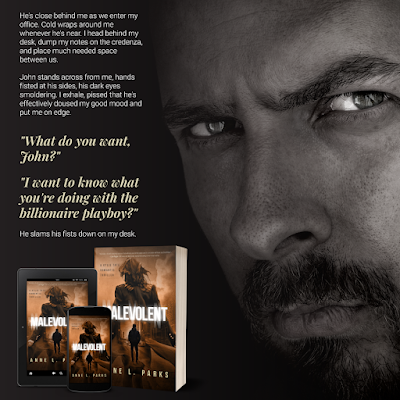 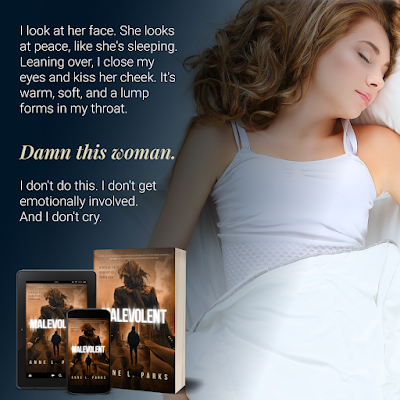 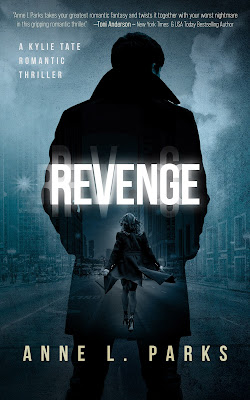 UNIVERSAL BUY LINK
Kylie Tate believes the stalker who nearly killed her is dead.When Kylie learns Alex's father's appeal for a new trial has been granted, she jumps at the chance to join the prosecution's team. There is no way James Wells can go free. Not after he killed Alex's mother and forced a young Alex to watch as his mother die--unable to do anything to save her.She believes she has finally escaped John's sadistic grasp. And she is a survivor.But the investigation into the death of Alex's mother uncovers secrets. Secrets which point to someone other than James Wells as the murderer. Could Alex have been responsible for his mother's death?But it's all a lie.She owes her life to Alex, and deep down she knows he could not have killed his mother. But as more new evidence comes to light, Kylie begins to question everything she knows about the man she loves. When she uncovers proof he has lied to her about what really happened to John the night she was shot--Kylie must decide if she can ever trust Alex again.And now he's back--and wants revenge.Formerly part of the Tri-Stone Series 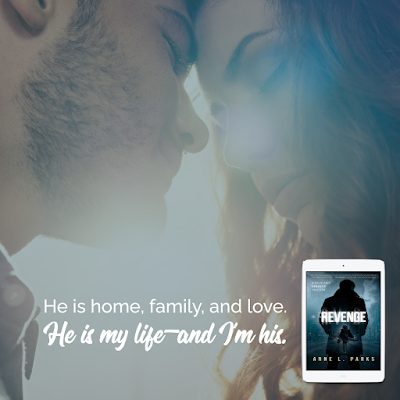 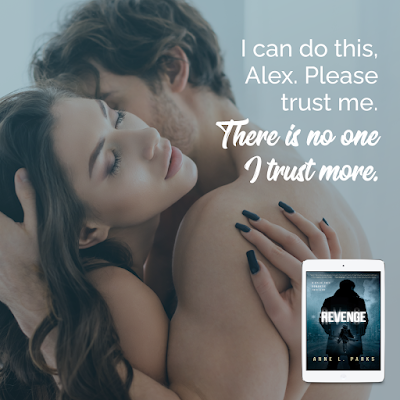 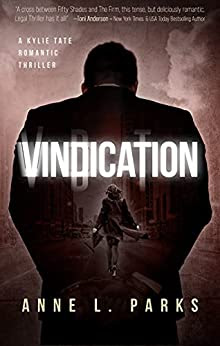 UNIVERSAL BUY LINK
A murderer is released from prison and disappears.
Kylie Tate and Alex finally have the life they have been dreaming of. Happily married, they are enjoying their honeymoon in the Colorado Rockies. But when Kylie is kidnapped, their lives are thrown into turmoil once again. Once rescued, the kidnapper disappears, but not without leaving behind clues to his identity. The man who escaped from prison...Alex's father, James Wells.
Soon, his body is discovered on Alex Stone's estate. The cause of death--murder.
When James Wells' body is found in the boathouse on the Stone estate, all the evidence points to one man--Alex. Now, Kylie is in a legal battle not only for her future, but for Alex's life. And she vows she will not stop fighting until Alex is fully vindicated.
But if she fails, and Alex is convicted of murder--the punishment is death.

Formerly part of the Tri-Stone Series 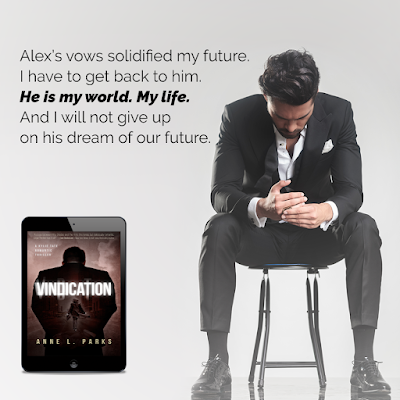 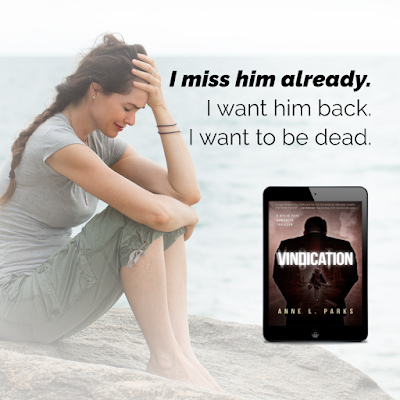 (Malevolent) Freya Barker – USA Today Bestselling Author
“A deliciously dark tug of war for control, combined with a nail-biter of a suspense plot weaving through the romantic struggles, makes for an edge-of-your-seat read. Malevolent will leave you eager to find out how Kylie and Alex’s story ends.”

(Revenge) Marie’s Tempting Reads - Blogger
“The second book in this series is more intense and pulse pounding than the first one with a romance that really tugged on my heart.”

(Vindication) Sissy’s Romance Book Review - Blogger
“This book and series has been nothing but a page turning reads. Will be looking for more book from this author.”

Born and raised in the Rocky Mountains, Anne L. Parks has moved all over the United States with her Navy husband. Legally trained, she switched careers and followed her dream of becoming an author. When not writing, she spends her time reading, doing yoga, mountain biking, and spoiling her German Shepherd, Zoe. And drinking wine.

Parks loves to create stories with mystery, plenty of twists and turns, and loaded with suspense. With a background in criminal defense and a military husband, she feels right at home amongst highly trained, somewhat jaded, ready-to-take-out-the-bad-guys alpha males and the strong, brave women who love them, but can also handle whatever life throws at them. Murders, terrorists, courtroom drama…if it touches on the dark nature of humanity, Parks is unafraid of delving into the depths of depravity—and bringing her readers along for the ride. 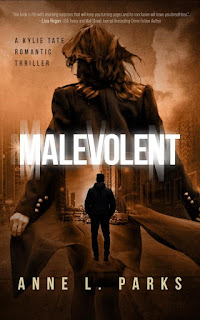 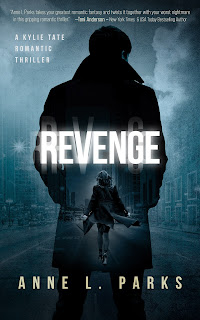 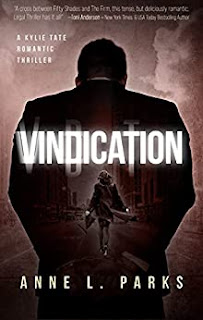