When I was a little girl, I’d inherited the take charge attitude from my mom. Then destiny handed me a boy who was doomed from birth. But as soon as he landed in my house surrounded by my family, I vowed to strike that doom and build his fate, one little brick at a time. My devotion to him was unhinged. He didn’t have to say a word to me to let me know where his mind was. It just took one look and I knew exactly what he needed.
The more I pushed him to be better, the more he grew until he started pushing away.
Star-crossed is what my parents said we were. Destined to be doomed.
Dante would never accept me as his destiny as long as he felt loyalty to my parents for enriching his life to never push the boundaries.
Dante
My life was a whirl of disappointments until my mother passed and I was welcomed into a loving home who accepted me for who I was—the little boy with a chip on his shoulder and angry at the world.
CeeCee became the light at the end of a dark and dingy tunnel. She helped me realize that I could change the direction of path in life just by contributing in little ways. She didn’t want to change me completely. She just wanted me to know that it didn’t matter my past because my future was a blank slate ready for me to rewrite.
My devotion to her was fierce and unrelenting until my need for her changed and felt criminal. To protect her from myself, I backed away. I hid my true feelings. I made her believe that she was forbidden.
I accepted that until we were older and my needs and wants couldn’t be hidden anymore.
We were star-crossed because I put us there. Now, it’s time to make her realize that my devotion to her isn’t illicit, but it’s gratifying.
This is a standalone book and doesn’t need to be read within the series, but for a better understanding of circumstances, Unchaste Fate can help fill in the blanks. This book is meant for an audience 18 and older. There are some scenes that may not be suitable for some readers. 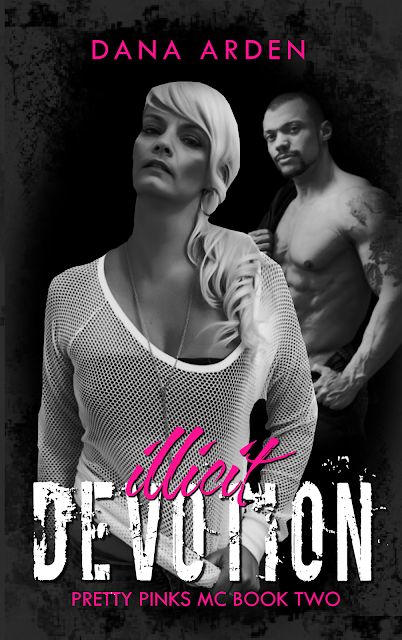 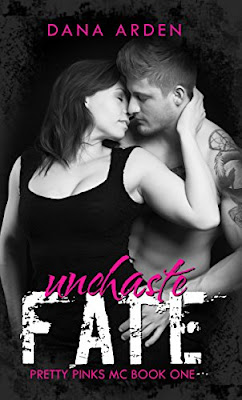 Dana Arden is a romance author and an avid reader, as well as a mom to four
children. She is originally from Virginia, but moved to North Carolina in 2009. Her children are her muses when it comes to her books that have children involved. Who funnier to get little snippets from than from the mouth of babes.
This has been an adventure and she hopes to continue it with more stories in the future. 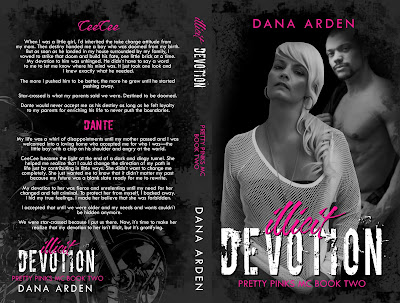