A hot man, a one-night stand. Five days in Miami, that was the plan.
Things went sideways real-quick.
How could what started off as a five-day girls’ trip have careened so quickly out of control?
I found myself in a fix.
Just a small-town girl from a boring little city, my life might have even been described as charmed. Until it suddenly wasn’t.
My knight in all black armor swooped in to save my distressed damsel like a move right out of the super-hero playbook.
The man was a ridiculous cliché.
Tall, dark, handsome and mysterious? Check!
Garland wore power like a suit, possessed an ego on steroids, never minced words, and avoided messy entanglements like the plague.
Prince Charming? Nope!
He still drew me like a magnet.
Only, he was way out my league. A man like him could never be serious about a woman like me.
But he didn’t seem to mind slumming. Heck, I guess everybody’s got to make a charitable donation sometimes.
And the man is nothing if not a giver. His words are seductive, his touch addictive, his mouth magical, and his body a weapon.
I never stood a chance.
Then a snap decision has life altering consequences, and my world shifted in ways I couldn’t have imagined.
Bodyguards, paparazzi, and high-stakes might have been more than I bargained for.
Oh, did I mention I was already engaged…to another man?
Follow Camry as she sets off on a head-spinning journey that started out as a vacation but ended up in crazyville. If you like both romance and adventure, WRECKLESS ENGAGEMENT is the book for you. 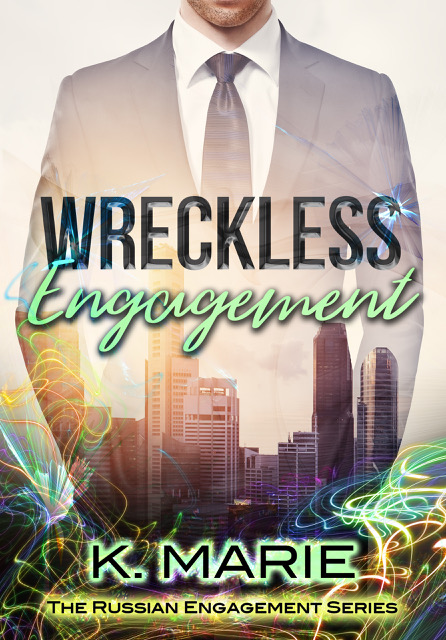 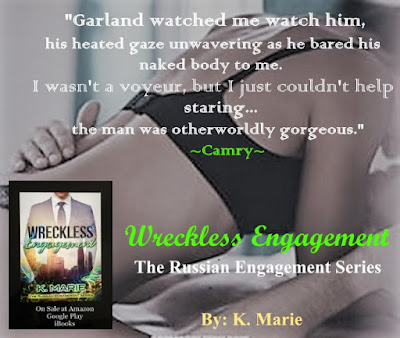 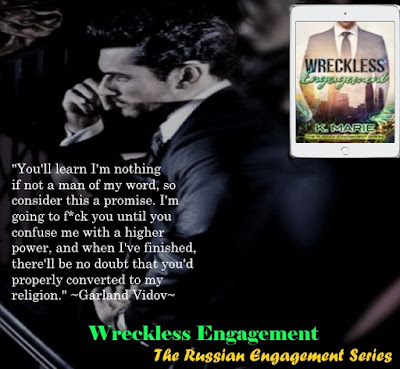 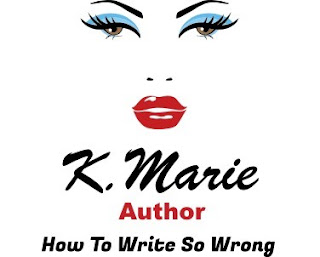 An avid reader, K. Marie fell in love with books when a good friend bequeathed her with her very first Harlequin Romance novel. An admitted sucker for happily-ever-after, she loves nothing more than a gripping tale rife with hunky heroes, feisty heroines, and lots of drama. Reading has always been her escape, but writing is her passion. So, it was only natural that she’d one day create her own steamy tale of sex, lies, love, and redemption.

K. Marie is a self-professed feminist, who believes in indulging and catering to the female fantasy in an unabashed and unapologetic fashion.
She currently lives in Michigan with her heroic husband and incorrigible children. When not writing, she can be found ranting and raving at cable news, deeply engrossed in politics; doing DIY projects, or planning her next vacation.
Wreckless Engagement is her debut novel.