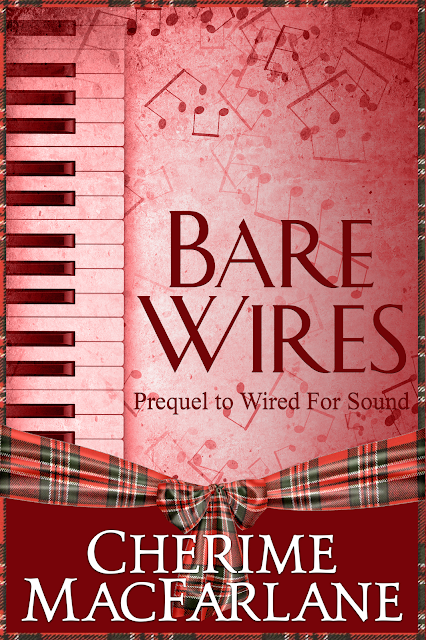 Lori Ann Reasor is about to get her big break, a gallery owner in Brighton likes her work. To celebrate she treats herself to tea in a posh establishment. What she discovers there puts her off men. She will stick with painting.

Hamish is trying to hold Bushmaster together long enough to get them signed to a contract. With a prima donna and a junky in the band, it’s not easy. Bushmaster is on the verge of blowing sky high. The two young people are converging as their dreams play out. Can they both keep it together?

The album was done and over with when the band went on tour once again. The first venue down, they quickly had to go searching for a base player when Miller nearly died of an overdose that morning. He was done. A quick call to Warren had the man on the phone to every agent he could find.

Hamish got a call just as they were getting ready to leave the hotel for the airport. A very young bassist had been signed and was on the first flight out of L.A. He would meet them in Berlin. With a shake of his head, Hamish informed the rest of the band in the limo.

As Hamish was certain he might, Vincent had a tantrum. How the hell was he expected to keep everything working smoothly when the lineup was constantly changing? Hamish endured the tirade in silence with the rest of the men.

With a shrug, MacGrough broke out his flask. "Miller isnae doin so well. Tha eejit nearly snuffed himself. I'm nae sure how his family are gonna take it."

The other members of the group felt something for the man they had played with for years. Vincent Slaughter didn't give a damn about Sandy Miller. Lurch's dark eyes stared at Hamish whose fingers were white where he was clutching the flask.

The message was clear when Walker shook his tobacco brown head before turning to Vince. Lurch was going to have a say. "You are a piece of work man. Don't you even give one tiny little shit about a guy you've worked with for years?"

Thud joined in the chorus. "Use some of those upper crust manners yur always yappin about. Shut yur face for a bit. If Warren is sending tha kid, he has tae know somethin."

Vince opened his mouth to speak. Faced with the frowns of the other players, he snapped it shut. For a change their flight was quiet. No one felt up to commenting on the plight of someone they had known intimately for years.

HIGHLAND LIGHT is a historical romance set in 1308 during the Scottish war for independence.

A young Scots girl cannot find a man who appreciates a headstrong plain woman. A small group of Knights Templar escape to Scotland to hide and start new lives. Among them is a young man, a ward of the Master of the Temple. The men have brought a treasure to Scotland. In exchange for a large share of the treasure, the knights may marry and be adopted into certain clans. No one must know of the agreement. Each man has a duty to the clan they are adopted into, and a duty owed to Robert The Bruce.

One young man has been with the Templars since the age of ten. He knows nothing of relationships or women. Their wedding is a business arrangement. Having no experience of sex or marriage, the young couple make a game of loving and learn of life together.
Let the games begin.

It is 1988 and the band Bushmaster is on its 4th album and 2nd US tour. The front man, Vince Slaughter, is electrocuted on stage at the sound check. Everyone had a motive, but the keyboard player Hamish MacGrough is especially concerned as his wife may have had an affair with Slaughter. Was she involved, can they get home to Scotland before their window of opportunity to do a singles album closes? Hamish's search takes him up and down the western coast from Los Angeles to Washington state. Through it all his main concern is keeping his wife out of the running as a prime suspect. 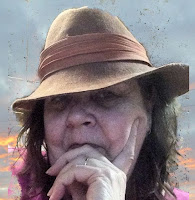 Although born in New Orleans, I am proud to call myself an Alaskan. I have lived here since 1977. I have seen -40 degrees, hauled water, made bear bacon and I live in a cabin. I have used a fishwheel to catch salmon coming up the Copper River. I was my second husband's chief mechanic's helper and roadie. I have cut firewood on shares. I worked as a cocktail waitress during pipeline days in a small lodge on the Richardson Highway.

My second husband, a Scot from Glasgow, was the love of my life. When I write Scots dialect, I personally experienced hearing it from my in laws. When my husband got on the phone to Scotland, after 5 seconds I could barely understand a word.

We moved to Wasilla to get warm. It barely drops past -25 degrees here in the winter. I became a paralegal and worked for over 26 years for the same firm.

Alaska is my home. I never thought I would love it so much, I never want to leave. The beauty of Alaska is a draw I cannot resist. I love the people and the history. I have been captured by a place I came to under duress. Life does play some interesting tricks on one. My love and I were not apart more than 24 hours for 20 plus years. I never wanted to be anywhere but with him. He was a man to run the river with and was my biggest fan.