Saved by the Single Dad by Whitley Cox 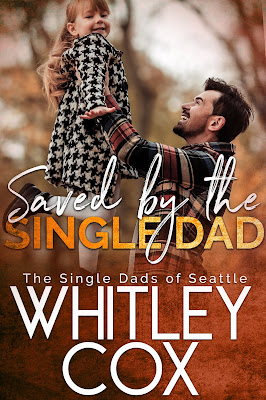 Loving yourself is the first step on the road to healing.
Welcome to Seattle, the Emerald City and home to The Single Dads of Seattle. Ten sexy single fathers who play poker every Saturday night, have each other's backs, love their children without quarter, and hope to one day find love again.
This is Mitch's story ...
Single dad of Seattle, Mitch Benson can't move, can't blink, can't think, let alone do his job and photograph the woman on stage. Every fiber of his body wakes up when Paige McPherson starts to dance. She pours out her heart, bares her grief and pain for the world to see--the same grief and pain that has ruled his every waking moment since his wife passed and left him to raise their daughter alone. Paige is dancing his truth, and in that moment, Mitch knows his life is going to change.
Paige never thought she'd notice a man again, but there's no ignoring Mitch--or the message in the photographs he takes. Learning to dance has reignited her passion for life and shattered the protective shell she's built around her heart. That's not good--no matter what anyone else says, it's her fault she lost her son, and while she's on the healing path, it's a long journey and one she's determined to take alone.
Mitch knows Paige thinks she doesn't deserve a second chance at love, but he can't bear to back away from the one woman who makes him feel alive again. He's willing to fight for their future, whatever it takes.
Paige can't deny her attraction for Mitch, but moving forward means betraying her past. Now she's faced with a new dilemma--quit her job as the head pastry chef at a very prestigious Seattle restaurant and strike off on her own, or stay working for the boss from hell. Paige isn't sure she's ready for all the changes. Can the single dad save her in time? Or will grief and indecision swallow her whole?
**Note: This book can be read as a standalone. It includes lots of steamy scenes, cursing, and of course as with all my books, this has an HEA and no cliffhanger or cheating. If you like single dads who take charge, this book is for you. 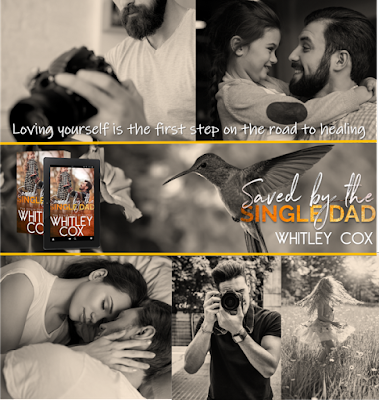 5-Star ReviewJust when you think you know how this story will end it changes, or at least it did for me. What I loved is it touches on some very emotional issues that SO many women face...and often others don’t understand. Brought tears to my eyes several times! ~ @help_me_35180 (Bookbub Review)

5-Star ReviewA must-read story that is heartrending and heartwarming.It reaches into your heart, squeezes it multiple times and leaves you in tears. This author is very skilled at putting into words the emotions and psychological status surrounding all types/stages of grief. ~Marti (Amazon Review)

5-Star ReviewAbsolutely loved this book! Mitch and Paige had me hooked from the very beginning. Whitley is my favorite new writer! I can't get enough of her books! ~Mrs.Taz (Amazon Review)

Her lips were soft, and she tasted like sparkling wine as he swept his tongue inside. A moan rose up from the back of her throat. He deepened the kiss, his hands roaming up her back and into the wild curls on the top of her head. He pulled the hair elastic free and threaded his fingers into the dark, tight waves. His blood began to race south and pool between his legs. Undoubtedly, she could probably feel it against her lower belly.
She pushed her hips against his.
Oh yeah, she felt it.
He also knew he wasn’t ready to take it any further than a kiss.
For one, he didn’t have any condoms on him.
Two, just last week, Paige had wanted nothing to do with him. If he wanted things between them to be real, which he did, they needed to take things slow.
He’d promised himself that they would go at Paige’s speed, and he intended to keep that promise, no matter how much his balls protested otherwise.
And three, he knew he was ready to pursue something with Paige, but he also hadn’t dated in years. How did people do it anymore? How did thirty-somethings date? Did people date? Or was it like his mother said, people just jumped into bed with one another and figured out the rest later? There was no wooing, no courting, no getting to know the person before you stripped down in front of them and showed them all your freckles.
He wanted to woo Paige. He wanted to court her and date her and find out exactly what made her tick. They’d both been through a hell of a lot in the last couple of years, and she deserved respect for all that she’d overcome.
He broke the kiss but held her against him. Both of their chests heaved, and warm puffs of air from her mouth hit his face.
“We’re taking this slow, baby,” he said, pressing his lips to her forehead. “I really like you, and I don’t want to push. Don’t want to rush things.”
He heard her swallow and felt her nod. His fingers were still threaded in her hair, his palm against the back of her head.
“I like you too,” she whispered.
Mitch’s heart skipped a beat, and his smile hurt his face. He pulled her away just enough so he could look into her eyes. “Well, that’s just about the best news I’ve heard all day. Possibly all year.”
She worried her plump bottom lip between her teeth. “I’m okay taking it slow … but … ”
He lifted his eyebrows. “Hmm?”
“Can we do that again? I forgot how much I love just kissing.”
Mitch groaned, and his cock lurched against her thigh in protest. “Baby, we can kiss all night if you want to.” Then he dipped his head and took her mouth again, reveling in her little moans and whimpers as she fit perfectly into his arms.
As if she were meant to be there all along. 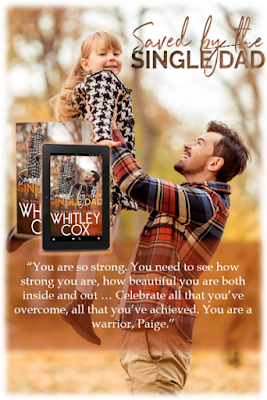 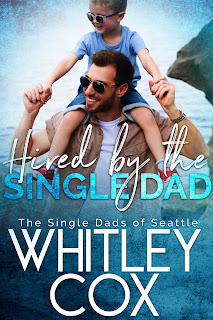 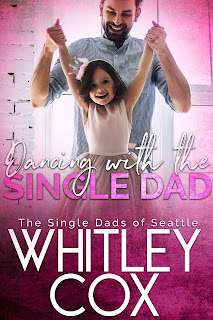 A Canadian West Coast baby born and raised, Whitley is married to her high school sweetheart, and together they have two beautiful daughters and a fluffy dog. She spends her days making food that gets thrown on the floor, vacuuming Cheerios out from under the couch and making sure that the dog food doesn't end up in the air conditioner. But when nap time comes, and it's not quite wine o'clock, Whitley sits down, avoids the pile of laundry on the couch, and writes.
A lover of all things decadent; wine, cheese, chocolate and spicy erotic romance, Whitley brings the humorous side of sex, the ridiculous side of relationships and the suspense of everyday life into her stories. With single dads, firefighters, Navy SEALs, mommy wars, body issues, threesomes, bondage and role-playing, these books have everything we need to satisfy the curious kink in all of us. 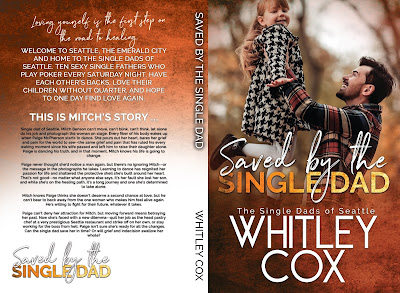