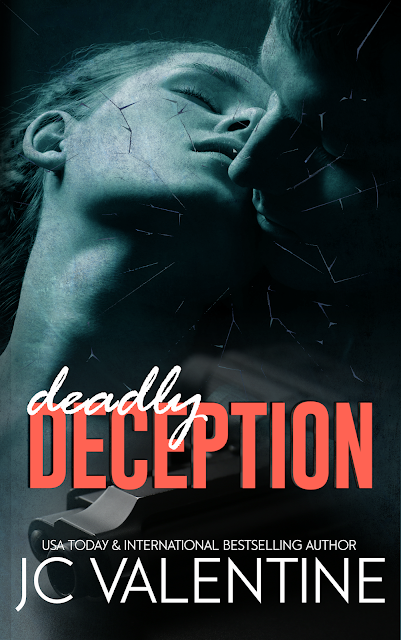 A dissatisfied housewife. A gun for hire. He’s not looking to fall for his client…then again, he never had much choice. Wife. Daughter. Murderer?


Faith
He was supposed to be my knight in shining armor. He was supposed to be my deliverance. But now he’s just in my way. I need him gone, but despite my best efforts, he’s still here and I’m out of ideas. It’s time to call in a professional. I just wasn’t expecting it to be him.
Declan
I’ve been in the business of killing for as long as I can remember. And business is booming. But I’m ready to leave this life behind, get a fresh start. After one last job. It should be easy, quick, in and out. But nothing is ever that simple, and I wasn’t banking on her. How am I supposed to pull this off when it means breaking my number one rule: never fall in love? 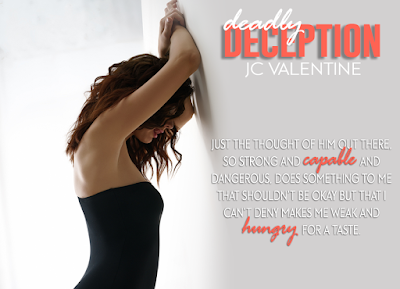 I strip out of my clothes and step into the tub, taking my time because the water is hot enough to burn. My toes protest, as does the rest of my skin as I sink in inch by slow inch. Once I’m totally submerged, I ease back and rest my head on the edge of the tub and close my eyes. The house is quiet. A perfect silence that is only shattered by the occasional cars or emergency sirens on the neighboring main street. That’s something else a life spent seaside would eliminate. The idea of it only grows more appealing the longer I have to imagine it. Glenn’s death is a freedom I’ve never known or known to want. Now, I crave it. Cal. As much as I don’t want to have to rely on another person, especially another man, I’m glad I found him. From the moment we started talking, I trusted him. He’s a consummate professional, which is evident by the way he carries himself and his no-nonsense approach. He’s direct without being rude. The confidence is more than appealing. Thoughts of Glenn’s death take a back seat as I recall Cal’s tall, lean, sexy form. Dark, curly hair shadowing carved features and eyes so deeply onyx as to be endless. A girl could get lost in eyes like that. I didn’t intend to do any such thing though. Once I am through with this dead-end marriage, I don’t plan to make the same mistake again. Between living with my mother throughout childhood and jumping straight into a controlling marriage, I’m going to stay happily single and in complete control of my own life. But that doesn’t mean I won’t entertain a fantasy or two. Cal’s handsome face doesn’t leave my mind’s eye as my hand slips beneath the water and finds its way down my body to the apex of my thighs. I’ve never had an orgasm that I didn’t bring about by myself, so the process isn’t foreign. Glenn just doesn’t know how to take care of a woman. He’s a one-trick pony, and this girl requires more than a lackadaisical wham bam thank you, ma’am.

J.C. Valentine is the USA Today and International bestselling author of the Night Calls and Wayward Fighters Series and the Forbidden Trilogy. Her vivid imagination and love of words and romance had her penning her own romance stories from an early age, which, despite being poorly edited and written longhand, she forced friends and family members to read. No, she isn't sorry.


Living in the Northwest, she has three amazing children and far too many pets. Among the many hats she wears, J.C. is an entrepreneur. Having graduated with honors, she holds a Bachelor's in English and when she isn't writing, you can find her editing for fellow authors. 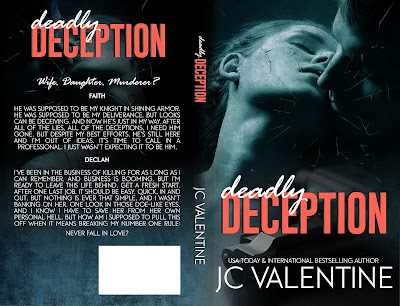