Cover Reveal for Sins of the Flesh by Natasha Raulerson 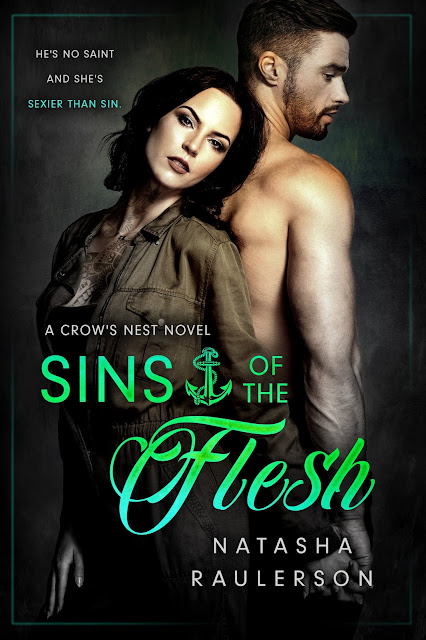 Cindy ‘Sin’ Masters is an award winning tattoo artist and owner of Masters of Ink Tattoo shop. The only thing taking buzz out of her tattoo gun is receiving yet another anonymous, threatening letter—she thought the first one was a joke, but four letters later it’s just creepy. When she is attacked outside the tattoo parlor, Sin barely escapes the electrifying barb of a taser gun and her possible stalker.

A friend hires Hunter Shaw, veteran Army Ranger and marine mechanic at the Crows Nest to be her bodyguard. Sin has no desire to be babysat by some stubborn, bossy, cowboy-wannabe, and she will decidedly ignore the fact that he’s entirely too sexy for words. But as the attraction escalates between Sin and the Cowboy who's got her six, so does the threat against her life.

Shaw worked his jaw. “I’m here to do my job. Unless my superior tells me otherwise, I’m not going anywhere.”
“Oh I’ll tell your superior exactly where you can go,” Sin said.
His nostrils flared as his gaze darkened with anger. Screw that. She glared back just as hard and opened her mouth to say something, but was cut off when Honey grabbed her hand.
“Give us just a second.” Honey gave a nervous smile and lead Sin to the back.
The client popped his head over the station wall, peeking out as if to see what the commotion was. Sin couldn’t blame him. No doubt they were making one hell of a scene. She didn’t care. Her shop. Her rules. Her problem. That son of a bitch, smug cowboy jerk had no business coming in and telling her what was going to happen, especially without her say-so.
“Girl, what the hell are you doing?” Honey flicked a few stray braids over her shoulder. “You were just attacked and now a sexy beast of a man walks in saying he’s been hired to protect you, and you’re all grr. What the hell? I’m so not seeing a problem here.”
“I don’t need a babysitter.”
“Consider him a bodyguard.”
“Honey.”
“Sin.”
They stared at each other. Honey may not have much experience in the tattoo world, but she had no problem standing up to her. One of the many reasons Sin liked the woman. Right now though, it was only adding to her irritation.
She clacked her teeth. “This isn’t a joke.”
“No, it’s not.” Honey poked her shoulder. “This is serious. Someone is trying to hurt you. Noah can’t be here to have your back, so he made sure someone else could.” 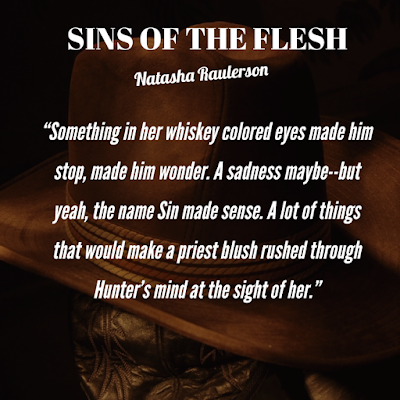 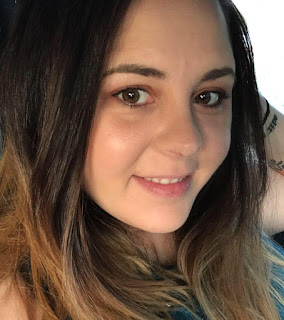 Natasha grew up as a tomboy hanging with the guys, getting skinned knees, and swimming under the South Florida sun. Tattoos, Jack Daniels, and lounging at the pool are three of her favorite things. She is a wife, a mother, has two fur babies who love puppy piles, and the status of her sanity is pending.