If you’ve ever been left twisted in knots by your last book boyfriend...
Clarisse:
Author Wyatt Chase is one kinky mo-fo, and I know kinky.
I’ve spent years devouring steamy stories that have left me fit to be tied, and as the assistant to his top rival, I’ve rubbed elbows with some of the dirtiest minds around.
To make my life imitate his art, I’m going to make him an offer he can’t refuse.
Wyatt:
My readers think they know me from my stories, but I just have an imagination more fertile than a box of Miracle-Gro. When Clarisse Flores blindsides me with an unexpected proposition, I hesitate. She wants the Marquis de Sade, not some kinky fraud. Nevermind the fact she’s hell on wheels. Taming her should be a job for a professional, but one look into her hazel eyes and I’m willing to try.
What happens when a bossy, smart-mouthed, independent woman is determined to submit to a man who can barely tie his own necktie?
Something is bound to unravel... 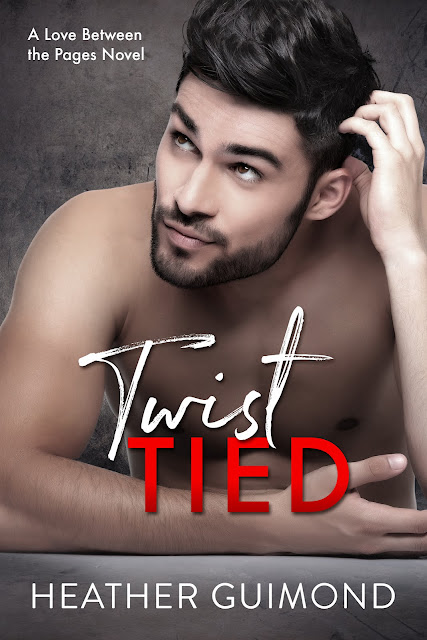 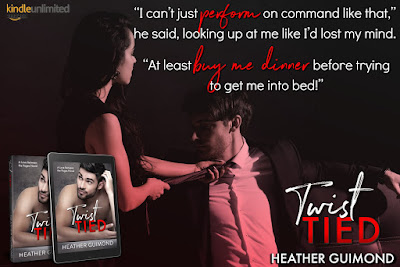 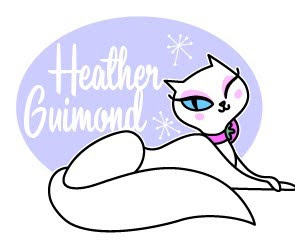 Heather Guimond is a Los Angeles native, a fact she's abnormally proud of. When she's not trying to write something that will make people laugh or rip their hearts out (or both!) she's either reading or doing her best to crack the whip on her three home-schooled teenagers. She loves all things witty and wise-cracking, as well most varieties of smart-assery. Other favorites include French roast coffee in copious amounts and the dirtiest Dirty Martinis she can find. More than anything, she hopes she writes books that stick with the reader long after the pages have been read.