Dracula, Quasimodo, Dr. Jekyll…they are the monsters that stalk your nightmares. Haunting the pages of books for centuries, they are the embodiment of all that emerges from the shadows when you close your eyes. They are the deformed, the hated and the incomprehensible, fated to walk in the darkness alone forever. Or are they? From twelve amazing authors, come twelve new tales, stories that go beyond the blighted surface to see into the heart of the beast. They are stories of acceptance and redemption, love and passion… and chance encounters that forge the love of a lifetime. Stop running. Stop hiding. See past the monster. Look into the face of fear and you might just find the soul of a man. 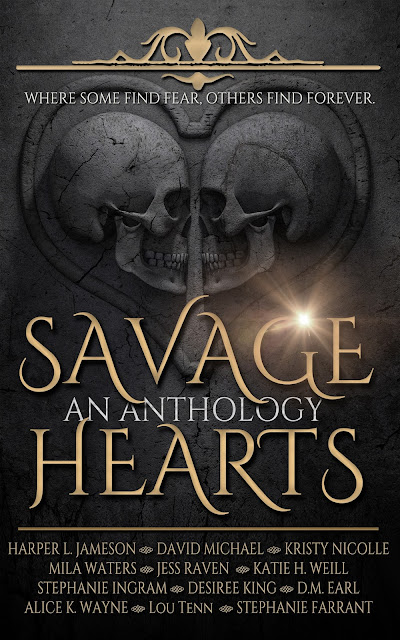 "Sanctuary" by Harper L. Jameson Inside the hallowed bell tower of Our Lady, a monster was hidden by the righteous meant to protect him. Seeking help from the amighty against the furor of a crazed priest, Esmerelda found more than a monster inside the church...she found salvation.
"Bander Snatch" by David Michael Charlie has a secret - a centuries old secret - which has forced him into a life of solitude and lonliness. In order to rid himself of his curse, he has to give up the first piece of normal he's ever had. Will the Jabberwock win again?
"Beyond the Shallows" by Kristy Nicolle When English beauty and avid poetry lover Ophelia is holidaying with her two sisters in 19th Century Blackpool, she finds herself unmistakably called to the water. Will she flee in horror at what lies beneath the waves, or can she learn to look beyond the shallows?
"He Calls" by Alice K. Wayne When the Master of the new world summons you, will you surrender your body to Cthulu's call, or choose to be fractured by madness?
"Yielding to Temptation" by Jess Raven Skyla had one job. Get in, get the prize, get out. The house had other ideas. When she finds herself trapped with too many secrets and a man who claims the impossible, can she stay strong enough to fight the darkness for a man who captivates her, or will she become prey to the Portrait of Dorian Gray?
"Holding the Devil" by Stephanie Farrant Hell isn't a game. A night of passion and a promise of her heart's desire seems too good to be true for Evelyn Church. The price is high and the road dark. But can she trust the devil?
"Hyde and Seek" by Katie H. Weill Gabriel John Utterson is drowning in law school debt, so when a lucrative employment opportunity as a guard for a handful of mental health patients presents itself he accepts, and commits himself under the hands of Dr. Jekyll. But who is Ms. Hyde?
"Behemoth" by D.M. Earl Trying to find that rare woman to share his heart with, Francis N. Stein- Aka Stitch - struggles to live detached, battling his honorable and dark sides. His ‘special powers’ further complicate his ability to exist in society, searching for something he has never thought possible- a kindred spirit.
"Night Music" by Desiree King On a fateful night, a young songstress finds herself in the wrong place at the worst time. A shadowy figure seems to fall from the darkness to save her, but who is actually the monster?
"Wickedly Ever After" by Stephanie Ingram Somewhere over the rainbow, good and evil struggle for power. But in a land of magical possibility, can the wicked get a happy ending?
"Immortal Devotion" by Lou Tenn The Father of Vampires has lived in solitude, believing that she didn't exist. After she finally made an appearance, her family business proves to complicate things.
"Loving the Hound" by Mila Waters When death comes, so does he. He's the hound, the messenger no one wishes to see. But when Emmaline 'sees' past the omens, he's given the chance at something he's never known before. 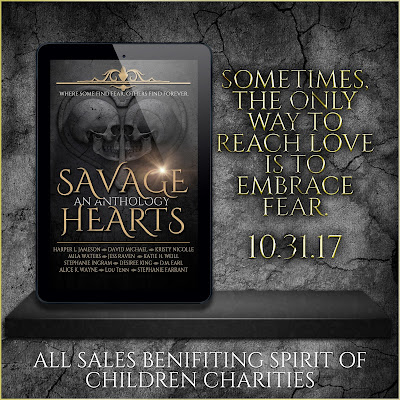 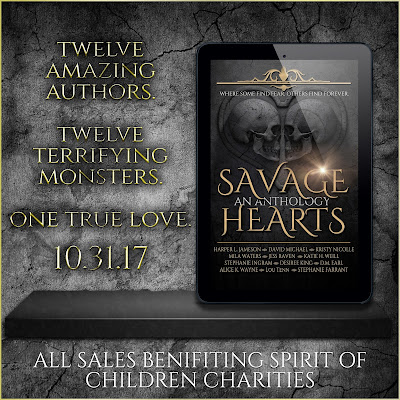