Cover Reveal for Go To Hail by Lani Lynn Vale

Hannah saw him and knew he was the one.


All it took was one look into that haunted man’s eyes, and she was lost, never to be found again.
She thinks she has it all. His love, a new baby made with that love, and a house to raise their blended family.
She’s wrong, and Travis’ ex-wife is out to prove it.
***
Travis doesn’t deserve Hannah. All he’s done is hurt her.
She’s done everything in her power to keep everyone happy, but the more she tries, the harder his ex-wife pushes. Until one day, there’s nothing left to push.
Hannah leaves, and Allegra wins.
But Travis isn’t willing to let her have her way any longer.
He fights back, and only gets a bullet to the chest to show for it. 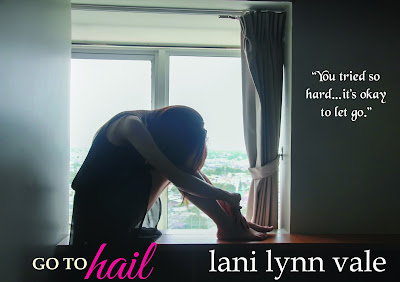 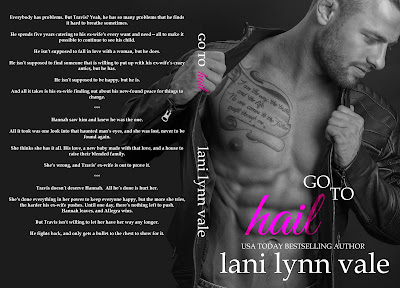