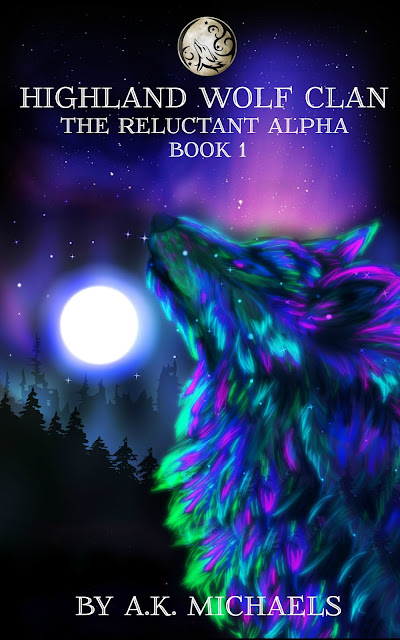 Cameron Sinclair is a successful businessman, with world-wide offices. He’s a multi-billionaire with all the trappings, private jet included. But Cameron has a secret – he’s also a Wolf. A Wolf who vowed never to return to Pack life, or his birthright as Alpha.


With no choice but to answer his father’s summons, he reluctantly returns to his Highland Pack. However, two Alphas in one Pack will never do and things do not go smoothly. Cameron again leaves his Pack to aid his Uncle in the US, with several of his friends in tow.

What awaits is heartache, sorrow and the chance for a new life as Alpha of a large Pack. A life with love in it, his first sight of the white She-Wolf affecting him in ways he can’t even understand.

A deadly threat is uncovered and he and his Wolves must defend the Pack by all means necessary. When the threat is a corrupt and depraved Alpha and a horde of immortal guards, can Cameron save the Pack? And, if he does, will he want a part of it?

Or, will he do what he always does – walk away? 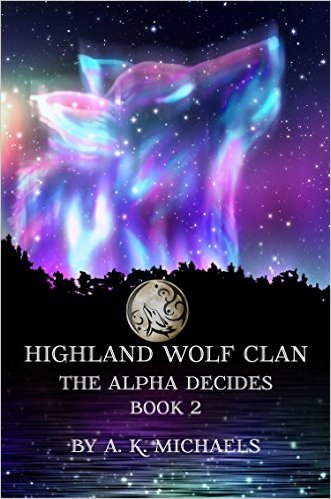 Cameron Sinclair, multi-billionaire businessman, and now he is also the Alpha Wolf, a position he never wanted.

With his instinct to protect the Pack and those he cares for stampeding through his system, he struggles to awaken the white She-Wolf who now lies in a coma. Her fight to return from the darkness is one he watches closely, refusing to leave her side.

Just when he thinks that the Pack is safe, another threat rears its ugly head. A threat far worse than the one he’s dealt with, and one that could destroy not only his Pack, but the white She-Wolf. The emergence of a psychopathic killer is bad enough, but when that killer is an immortal Wolf the danger is tenfold.

Can Cameron do what he’d vowed never to do? Can he take on the role as Alpha and neutralize the threat? Or will he run, as far and as fast as he can?

Book 2 in the Highland Wolf Clan series. Paranormal Romance With A Bite 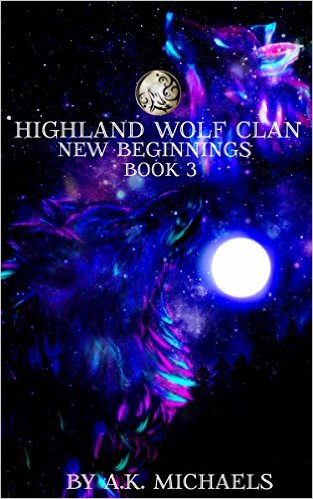 As the influx of Highlanders arrive in the US, Cameron’s brother Grant comes too. Intent on carrying out his brother’s bonding ritual, and returning home as quickly as possible. However, there are some surprises in store for Grant. Ones that are forever life changing, and which will test the very bonds of his friendship with one of his closest friends.

When Cam and Jinx find a young, lone, Panther Shifter in the forest, injured and facing up to an enraged bear, they do the only thing they can; they take on the bear to save the Panther. On finding out the youngster has no Pack, no family, Cam offers him a home and hopes he hasn’t made a mistake admitting a rogue Panther.

With Jacob finally getting his own bonding ritual, he feels as if he and Rebecca have passed the test of their blossoming relationship. That is, until disaster strikes and a new threat emerges; one he never envisaged.

Can the Highlanders integrate with the rest of the Pack? Will Grant accept his fate? And can Cameron keep everything together; including his multi-billion dollar enterprise?

Find out in Highland Wolf Clan, Book 3, New Beginnings by A K Michaels 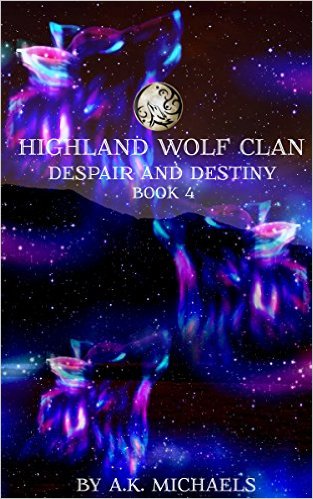 Where is Rebecca? Who has kidnapped the sassy Witch from right under the noses of the Wolf Pack? Jacob is distraught and his anger knows no bounds as they fight to find out where his mate has been taken; and by whom. The answer is unimaginable and the bloody confrontation that leaves death in its wake shocks Jacob and Cam to their core.

Can they rescue her unharmed? Or will her ordeal affect her far more than even she could imagine? With happiness surrounding the Pack they have to pull together and seek her out. Before it’s too late.
Chastity faces her own fears of fitting into Cam’s billionaire lifestyle but finds something that she needs his money to fund. Will he agree? Or will she fail in her attempts to be at his side in the ‘human’ world?

With action, love, sadness and grief, read Highland Wolf Clan, Book 4, Despair and Destiny to find out all this and more; much more. If you love your Alpha Wolves, suspense, action and love then this paranormal romance is for you.

If you like Shifters and PNR then this series is for you!

Another hot and suspenseful paranormal read by A K Michaels. 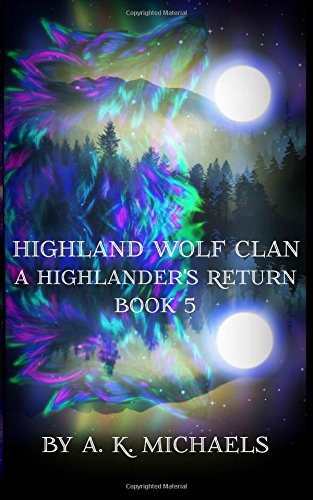 Grant, Alpha of the Pack in the Highlands, returns home triumphantly with his special mate by his side. Blessed by the Goddess herself, as their two hearts beat as one. Anxious to show her off to his Pack he cannot foresee what is about to unfold. Not everyone within the Pack is happy to see his return and even less pleased that he brings back an American as Alpha She-Wolf.

A Father whose jealousy eats at his soul, changing him forever and putting him on a course that will lead to devastation and heartache. A childhood friend who is capable of the worst kind of betrayal that leaves Grant with a heart wrenching dilemma.

Can Grant keep his soul-mate safe? And at what cost to him, her, and the Pack?

Continue the story of The Highland Wolf Clan series with this novella of Grant and Shelly’s return to Scotland. Hot Alpha males, sexy Wolves, and chilling discoveries abound in this latest addition to this hot Paranormal Shifter series. 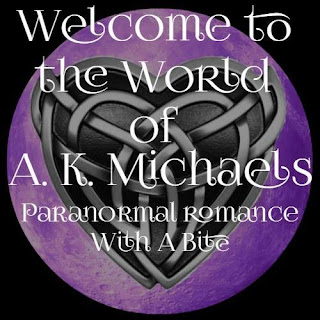 A K Michaels, Ava, was born in Scotland quite a number of years ago! She was married at a young age and is mother to three much loved children. After the birth of her last child she went back to higher education and studied for a year before gaining employment in the banking industry. She worked in that role for a number of years before leaving, both the job and the country.

She lived abroad for a few years before returning to Scotland and finally taking up her dream - writing.

She is the author of the Defender's Blood series of books and other series’ including The Witch, The Wolf and the Vampire, Supernatural Enforcement Bureau and also Sabrina's Vampire, together with a Wolf Erotica Novella, Lori's Wolf. Her books fall into the Paranormal/Urban Fantasy genre and she loves writing those particular kinds of stories where she can let her imagination run wild!