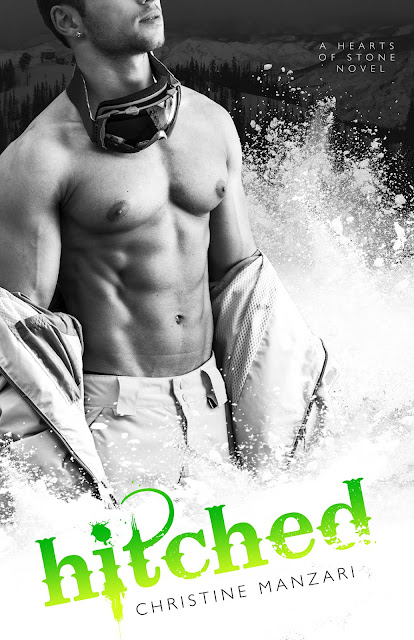 For aspiring journalist Harlow Ransom, life is just a well-oiled machine, and if she plans well, all things will go accordingly. And that is exactly why Harlow lives her life by perfectly polished to-do lists that she refuses to stray from—even when she's celebrating her 21st birthday in Sin City.
1. Visit the Boom Boom Blues Lounge
2. See the water show at the Bellagio
Things can't possibly go askew if she crosses things off her list one by one. But after a night of celebrating leads to waking up in bed with a sexy stranger and a ring on her finger, Harlow realizes that in no point in time did she ever have "Get Married" on her trusty to-do list. Yet that's exactly what she did.
Professional snowboarder Trace Stone loves a good challenge—he's all about the win. And this time, he's going to find a way to win over the feisty, meticulous Harlow. The wedding may have been spontaneous and impulsive, but when he said "forever," he meant it. Now, the only thing he wants on Harlow's to-do list is him—from this day forward.

I released a defeated breath as I felt my body collapse further into the seat. “Why do you even want to stay married to me, Trace?” He was cocky and impulsive and charming. I couldn’t understand why he was fighting so hard to hold on to someone as prickly as me.
His eyes met mine—possessive, dark, and hungry. I was caught by surprise when he leaned forward to press his mouth against mine. His tongue and lips pulled a smoldering kiss out of me, and I didn’t even try to stop him. I was burning—absolutely burning from the inside out—from the fierce way his mouth clung to mine. Trace pulled back to look at me.
Wow. A kiss like that in less than three seconds? No wonder the hotel room was littered with condoms. No wonder I married him.


“Because,” he said, holding my gaze. “I want to be able to do that any time I feel like it.” He ran his thumb across my bottom lip. His voice dropped, low and husky. “And because I like the idea that you’d be mine.”
His. To do that to any time he wanted. I could almost hear my body singing the “Hallelujah” chorus in response. I wanted to beg him to move that hand lower and push me into the final crescendo. Make me see stars. I should be pissed that he was trying to lay claim on me, but no matter how much I tried to deny it, I liked Trace. And trying to say no to him got harder each and every time he charmed me.
For a moment I wondered if being his would be such a bad thing.
His?


I was in so much trouble. 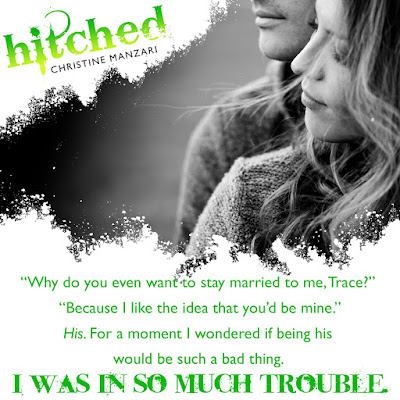 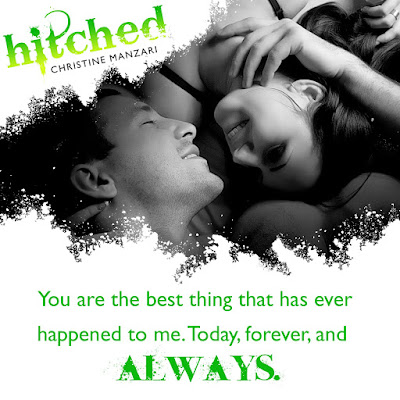 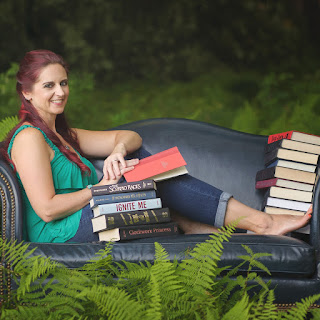 The first thing Christine does when she's getting ready to read a book is to crack the spine in at least five places. She wholeheartedly believes there is no place as comfy as the pages of a well-worn book. She's addicted to buying books, reading books, and writing books. She even turned her dining room into a library—reading is more important than eating. She also has a weakness for adventure and inappropriate humor. Christine is from Forest Hill, Maryland where she lives with her husband, three kids, and her library of ugly spine books. 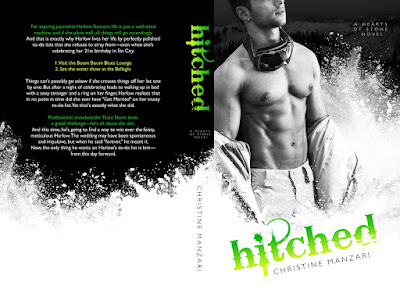