His best friend...his muse...his ultimate fantasy...
Noah Caldwell has spent ten years biding his time for the chance to tell his best friend Raven Crowne the truth. He wants her. With the threat that brought him to her in the first place finally behind him, they begin a hot affair he's only dreamed about. And reality is far better than fantasy. Yet beautiful Raven has her own dark history, one he's trying desperately to release from her. But as their passion deepens and turns into more, his past rises up from the shadows to claim one last victim...and Noah could lose the only person he can't live without.
"A sexy, emotional romance that tears up the pages."
~KIM KARR, New York Times Bestselling Author 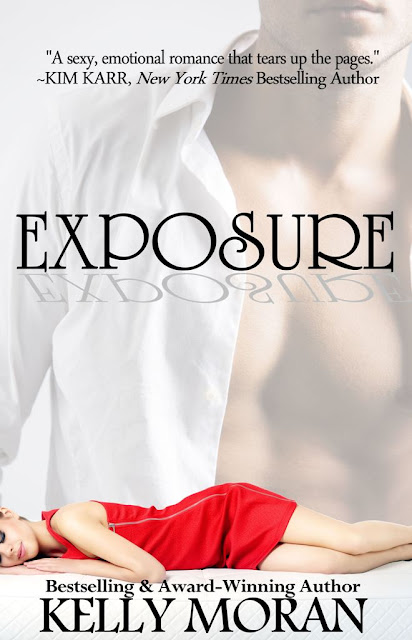 Raven worked hard to get her scholarship to college and earned her fine arts degree, so she could move them to somewhere else. Raven's closest thing that she had was Nicole. Hoan's manager was at Elements wanting to set up a showing for him, she doesn't understand why he would want to have a showing in Alaska. Michael said that Hoan wants to take her to dinner and talk about the arrangements. Noah and Raven have it where every Friday Night they have supper.

Raven owns Elements Gallery, has claustrophobia, she has secrets. She was adopted. Nicole is Raven's assistant and friend. Noah has been friends with Raven for 10 years, he owns his own tourism recreation company. He has secrets. Max is Noah's body guard, used to be in the military, he is very good at what he does. Hoan Dwell is a very good photographer, he is a very private person.

CLICK HERE TO JOIN THE RELEASE PARTY
ON JANUARY 18 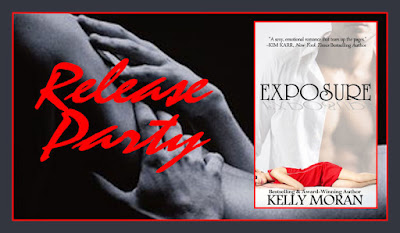 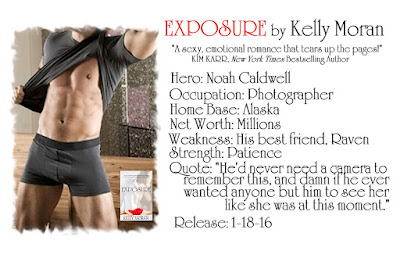 "Will leave readers on the edge of their seats on one page and crossing their legs on another." ~RT Magazine

"A steamy and suspenseful read that really drew me in." ~The Rambling Book Junkie

"This book took me through the gambit of emotions. Five stars just isn't enough." ~Literature Lighthouse 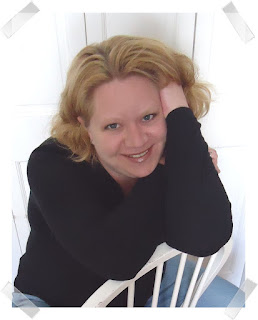 Kelly Moran is a bestselling author of enchanting ever-afters. No one who knows her bats an eyelash when she talks to herself. She is a Catherine Award-Winner, Readers Choice Finalist, and a Finalist in RWA's 2014 Award of Excellence. She earned one of the 10 Best Reads by USA TODAY's HEA. Kelly's interests include: sappy movies, MLB, NFL, driving others insane, and sleeping when she can. She is a closet caffeine junkie and chocoholic, but don't tell anyone. She resides in Wisconsin with her husband, three sons, and her black lab. Most of her family lives in the Carolinas, so she spends a lot of time there as well. 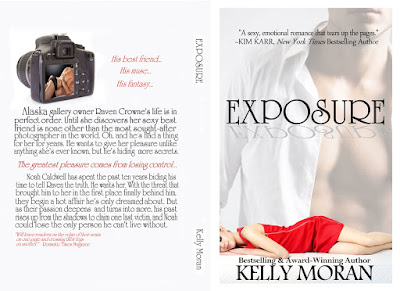