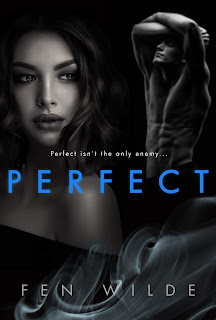 Ada Cosgrove.
As uptight as she is alluring.
The editor of the sexiest magazine on the racks, she works hard, follows the rules, and wins at everything she turns her hand to.
Ben Farris.
As laid back as he is loyal.
Archrivals in the world of media scoops and scuffles, it’s a different story when they’re alone in Ada’s office—where opposites attract.
Their chemistry is off the charts—and always has been.
They’re perfect for each other.
But Ben is the one person Ada can’t afford to fall for.
He’s irreverent and magnetic and completely out-of-bounds. The type of out-of-bounds that would see her family disown her.
Then the one mistake in Ada’s perfect past catches up with her.
And she’s about to learn that there’s no such thing as perfect…
PERFECT is a dark and sizzling romance with twists and turns that will keep you guessing til the last page.
*Please note this novel deals with complex themes around family relationships, and includes mature step-sibling romance.

"Amazing romantic story with spice. Ada and Ben are rivals and good at their individual jobs. When they’re together, sparks fly. Superb." ★★★★★ Goodreads review

“This amazing book is so very well written. It is always surprising the things that a person can withstand and the heart can cope with.” ★★★★★- Goodreads review

“What an interesting read! Well presented storyline; characters that kept you guessing; some creepy twists and turns with lots of the unexpected…If you like books a bit off kilter...Perfect by Fen Wilde belongs on your TBR Lust.” ★★★★- Goodreads review

“So much more than a romance. There is family conflict, suspense, many kinds of emotions and lots of hot, explicit sex…” ★★★★- Goodreads review 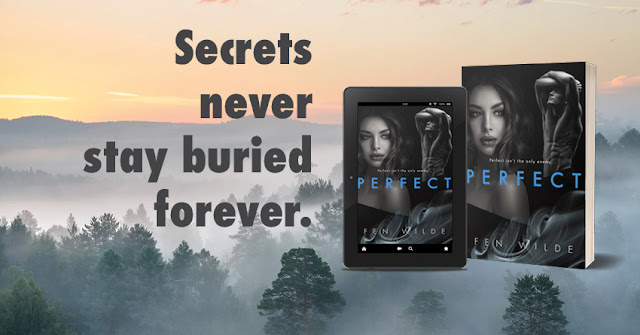 Outside, the office has gone quiet, and I think about the hot mess we used to cause in this office. Back when we were younger. When I worried less. I can almost hear a collective sigh of relief from my staff as Ben and I talk in our normal voices—no shouting. No sounds of breakage. I blush slightly at the memory. What on earth were we thinking?

“What are you thinking about?” Ben asks softly, his face smoothing out, becoming less worried, more predatory. More intense.
“Nothing,” I mutter, dropping my eyes, my blush mounting.
He grins wickedly. “You’re thinking about how quiet everything went when I walked in.” He moves closer to me, placing a fingertip underneath my chin, forcing my eyes back up to his.
“And you’re remembering why.” His eyes don’t leave mine for a second, but I brush his hand away, flinching at the memory, ducking to escape those eyes.
“It’s in the past,” I say huskily, but he runs his fingers slowly along the edge of the desk. The edge I’ve clung to so many times, hopeless with desire, my legs buckling beneath me, his hands, his tongue…
“You’re thinking about it,” he whispers, moving behind me, his lips warm and soft against my neck, his hands reaching down and skimming across my hips, the warmth of his breath leaving my lips parted, my breathing shallow. His teeth find my earlobe and tug on it gently. A moan escapes my lips. Everything inside me wants to open my neck up to him, lean back into him, feel his hands wander leisurely across my body, my breasts. As though he has all the time in the world. As though I’m his.
But I pull away, trying to calm my breathing.
His arms fall to his side and I can feel him standing behind me. Sagging a little. No! I think immediately, my body desperate for his touch.
“I miss it, too,” he says, but he keeps his hands off me. Thank God is my next thought, my sensible brain kicking in. Because I don’t think I would have the resolve to move away twice.
Finally he moves to the chair opposite me, his eyes dark with lust, his jeans bulging appreciatively. I avert my eyes.
It’s only been a few weeks, but it might as well have been twenty years, I want him so badly.
“It’s probably going to come out, Ada. Judging by that last letter.” He watches me carefully. “Will it really be that bad?” 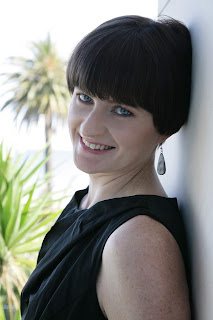 
She is a qualified social worker and works part-time as a mental health clinician for young people, and also as a private clinical consultant.
She is particularly interested in the complex things that drive us toward or keep us out of connection with each other: how fragile, how beautiful, how flawed we all are.
Fen lives in Melbourne, Australia with her partner, two children, and Burmese cat. She is happiest with a project on her desk, some caramel slice in the fridge, and a great long list of things to do. 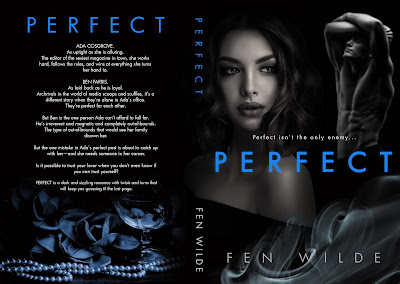 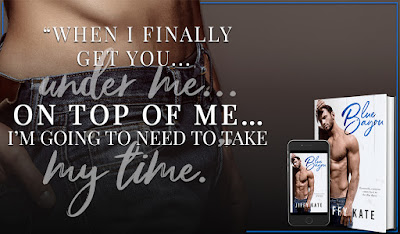 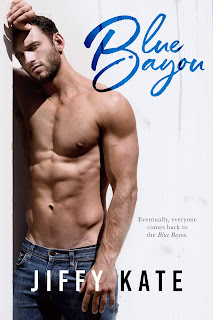 The road to self-discovery leads Maverick Kensington deep into the heart of New Orleans. The colorful characters, beautiful scenery and a hot mess of a woman he finds along the way offer him the perfect place to reinvent himself.
The French Quarter and Blue Bayou are exactly the change of pace he’s looking for, helping him escape the soul-sucking work he does for his father’s company.
Carys Matthews is young and inexperienced. Having her family’s hotel dropped in her lap after her mother’s untimely death, she’s struggling to keep her head above water and keep the hotel’s doors open. She doesn’t have time for relationships, but Maverick Kensington is worth an exception. Besides, his stay is temporary and a fling never hurt anyone, right?
His passion and business know-how is exactly what she needs.
Her carefree spirit is what he wants.
Their whirlwind relationship is one for the books until truths are untold and assumptions are made. Everything comes to a screeching halt just when they were getting to the good part.
There’s always been a saying around the hotel: eventually, everyone comes back to the Blue Bayou. Will Maverick be the exception again? 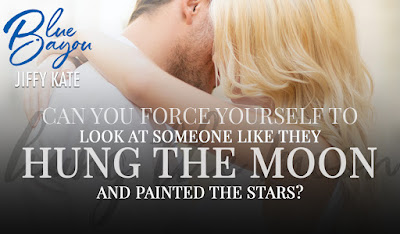 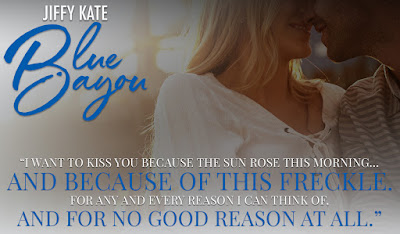 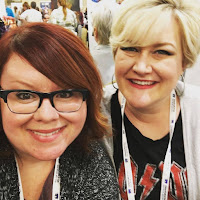 Jiffy Kate is the joint pen name for Jiff Simpson and Jenny Kate Altman. They're co-writing besties who share a brain and a love of cute boys, good coffee, and a fun time.
Together, they've written over twenty stories. Their first published book, Finding Focus, was released in November 2015. Since then, they’ve continued to write what they know, which is southern settings full of swoony heroes and strong heroines.
You can find them on most social media outlets at @jiffykate, @jiffykatewrites, or @jiffsimpson and @jennykate77. 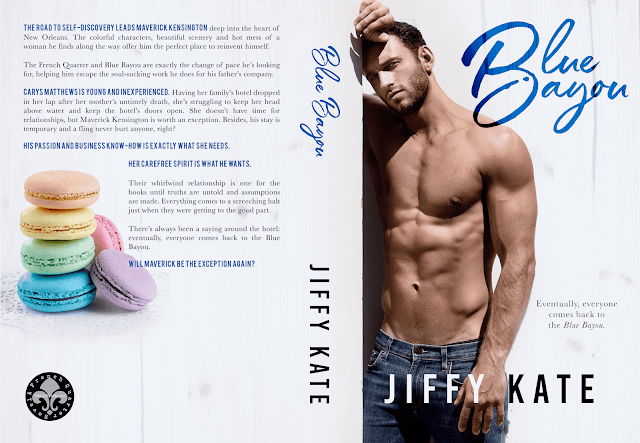 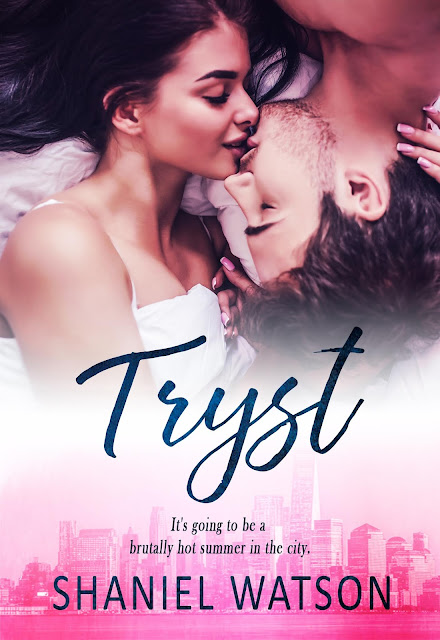 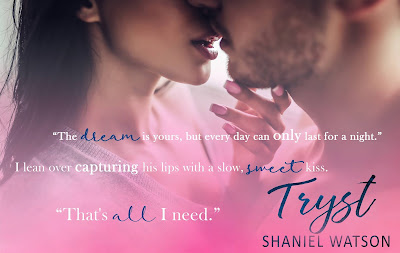 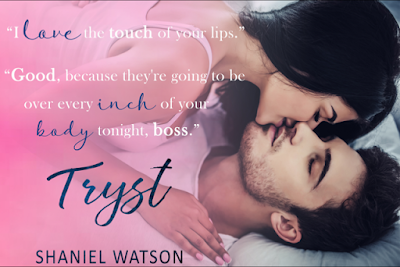 Shaniel Watson is the author of the Imperfections Series. Her first book was published in 2015. She writes stories she likes to read, sultry emotional stories with imperfect characters who eventually get their happy ending.
Shaniel lives in New York and is a proud mother. 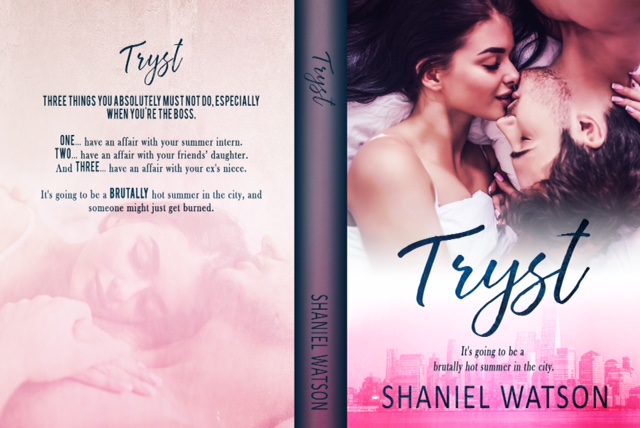 Posted by LBM Book Blog at 3:00 AM No comments: